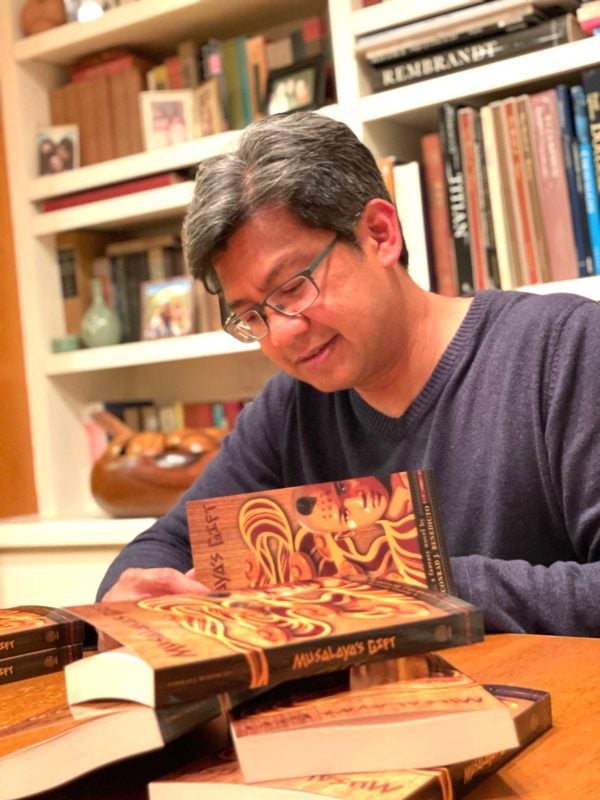 Musalaya’s Gift is an “anti-colonial fantasy novel,” that  compels the reader to ponder the effects of colonization, how Filipinos view themselves, their relationship to their indigeneity and celebrates the power of indigenous music and culture for resistance and healing.

Set in an imaginary archipelagic land of adventure known as Agmana, the story of Musalaya’s Gift centerson the Lukat, common folk who are inherently warriors, whose lives are in constant threat from their colonizers.

At the heart of the story is the young Lukat musician Alad Dumagid, who, along with his friends and his people, encounter fantastic creatures evil forces in their fight for their lives, territory, and heritage.

Alad’s quest for Musalaya’s gift and the fulfillment of his dream of becoming a legendary kulintang musician lies the key to winning a battle and attaining freedom and peace in Agmana.

“I was impressed by the sincerity of Musalaya’s Gift’s narrative on colonization and subjugation,” says Kularts Executive and Artistic Director Alleluia Panis. 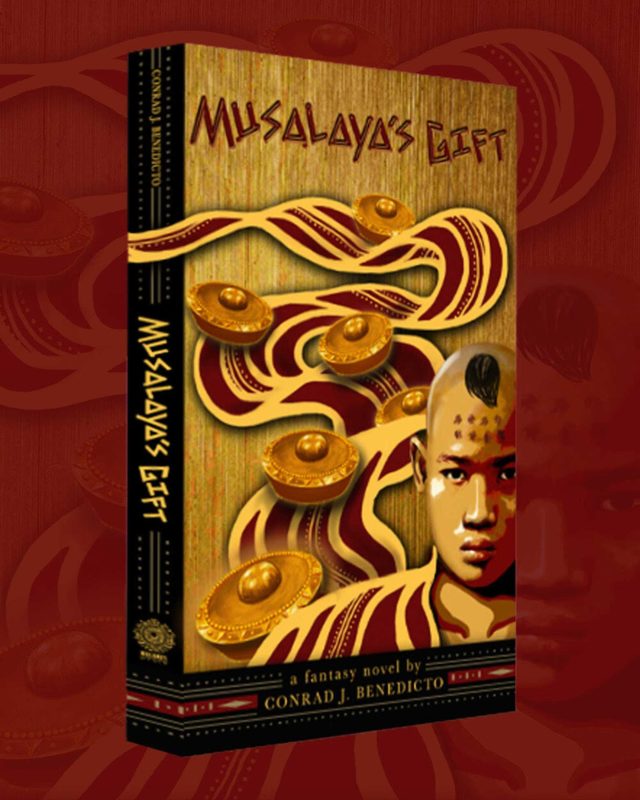 “I would file this under ‘indigenous futurism’ because it returns the reader to the Filipino indigenous mythic world that is being reclaimed in this novel by Conrad Benedicto,” says Leny Mendoza Strobel, PhD Professor Emeritus in American Multicultural Studies at Sonoma State University.

Founded in 1985, Kulintang Arts, Inc., known popularly as Kularts, had as its primary program the Kulintang Arts Ensemble (KAE), a ten-member music and dance ensemble that presented contemporary work rooted in the indigenous Filipino traditions.

The late Danongan “Danny” Kalanduyan, known as the father of Filipino American kulintang music who came from Maguindanao, was KAE’s resident artist and kulintang music director/instructor from 1985 to 1988.

Benedicto first heard kulintang music around 1990-1991 while a student at University of California, Santa Cruz. “Wow, here was music that is from the Philippines. Before then, I was already dreaming of what could have been before the colonizers came. What would have happened? What were we like, who were we before all of that?” says Benedicto.

Before moving to California from the Philippines with his family when he was 13, Benedicto grew up hearing and reading Philippine myths, legends, and folklore. His parents had given him books and his aunts and nannies had told him stories that proved to be “highly influential and impactful.”