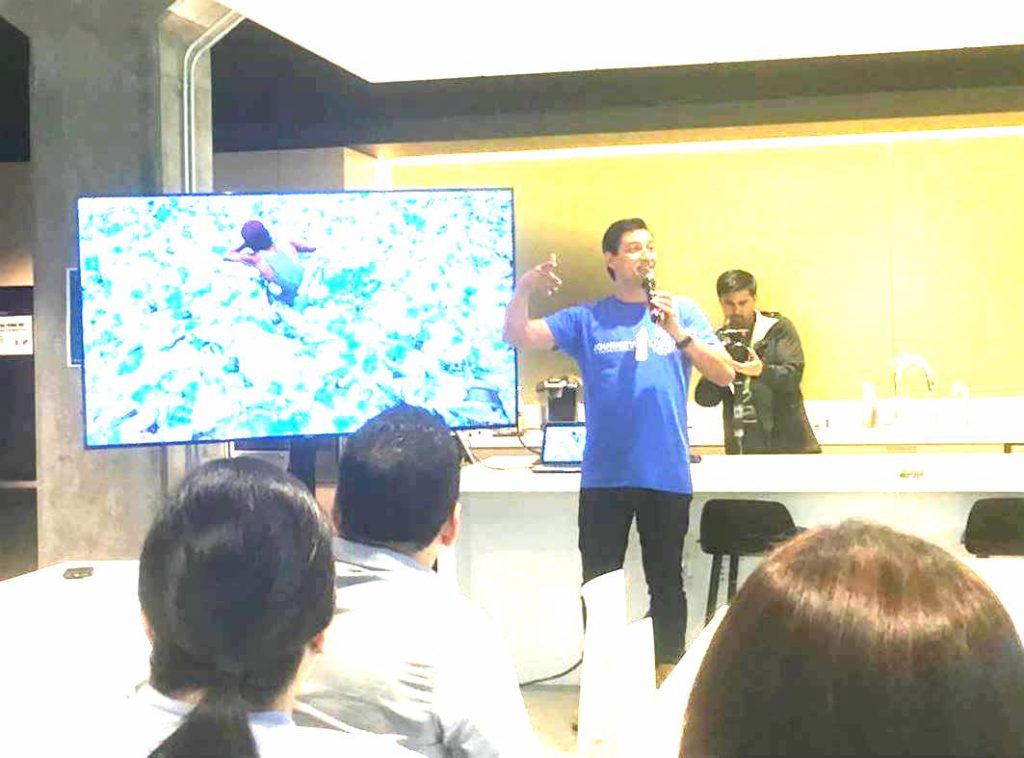 Filipino social entrepreneur Illac Diaz of A Liter of Light explains how the movement can address both plastic bottle pollution and lack of access to electric energy with one solution. CONTRIBUTED

DALY CITY, California — Planet Earth is “swimming” in plastic bottles. A million plastic bottles are bought around the world every minute and the number will jump another 20 percent by 2021, The Guardian reported back in June from Euromonitor International’s global packaging trends report.  That’s 20,000 bottles purchased by humans per second.  If placed end to end, they would extend more than halfway to the sun.

Meanwhile, there’s a serious lack of access to a steady, clean and safe supply of energy. In a report by Time Magazine back as early as 2011, there were already 1.3 billion people around the world who lack access to power grids. If you are desperately poor, lack of electricity helps ensure that you stay that way.

Thus, A Liter of Light was born, a non-profit organization founded by Diaz. Initially, this initiative consisted of a plastic bottle with water and bleach, fixed to roofs to refract sunlight during daytime, a technology inspired by Brazilian mechanic and bottle light inventor Alfredo Mosser, then tweaked by the D-Lab of the Massachusetts Institute of Technology. Solar night lights were then built by adding micro solar panels to the plastic bottles.

A month after its launch in 2011, the project and its collaborators have already installed 12,000 solar bulbs, lighting 10,000 homes in five Philippine provinces. 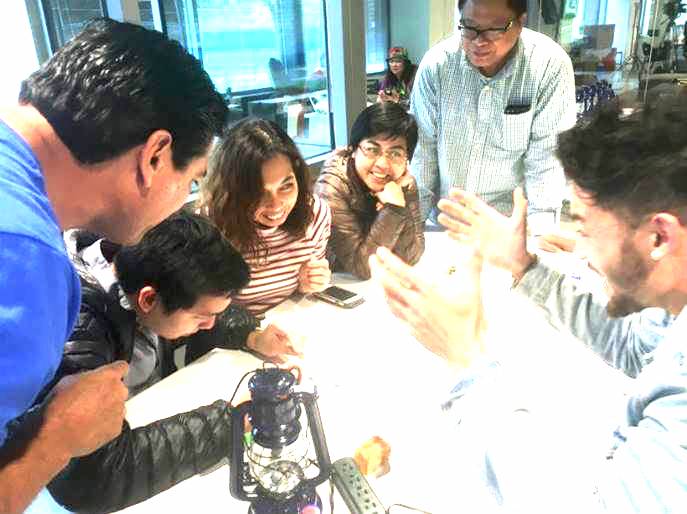 TFC employees examine the various parts needed to build micro solar lights. A Liter of Light will take part in the International Day of Light Flagship Event in Paris, France in 2018. For the workshop, the business model used old kerosene lamps converted into solar. CONTRIBUTED

Today, A Liter of Light has spread to over 15 countries and has lighted over 850,000 homes.  Diaz and his team aim to reach one million bottles in 2018.

The “light” has assumed other forms and versions, acquiring local flavors to be true to its open source technology and its empowering Do It Yourself (DIY) mode of production.  Today, the plain bleach bottles represent about 5 percent of the movement’s lights, with the bulk being solar-converted bottles, kerosene lamps and streetlamps.

Aside from providing literal “light” energy, A Liter of Light is also the “light of hope” to many women in poor villages. The Foundation trains women to build circuits from scratch.  The women then sell their lamps, maintaining cash flow in the local community through skills-building and entrepreneurship.

A Liter of Light is now the proud recipient of the 2016 St. Andrews Prize for the Environment, the 2015 Zayed Future Energy Prize and the 2014-2015 World Habitat Award.  Its open source technology has been recognized by the United Nations and adopted for use in some UN High Commissioner for Refugees (UNHCR) camps.

A Liter of Light recently spread its bright rays of hope via a DIY solar light workshop to the employees of ABS-CBN North America as part of the movement’s “Journey of Light” 30-day tour to 13 states in the U.S.