Pfizer boosters improve immunity but may not be needed – FDA staff

Pfizer boosters improve immunity but may not be needed – FDA staff 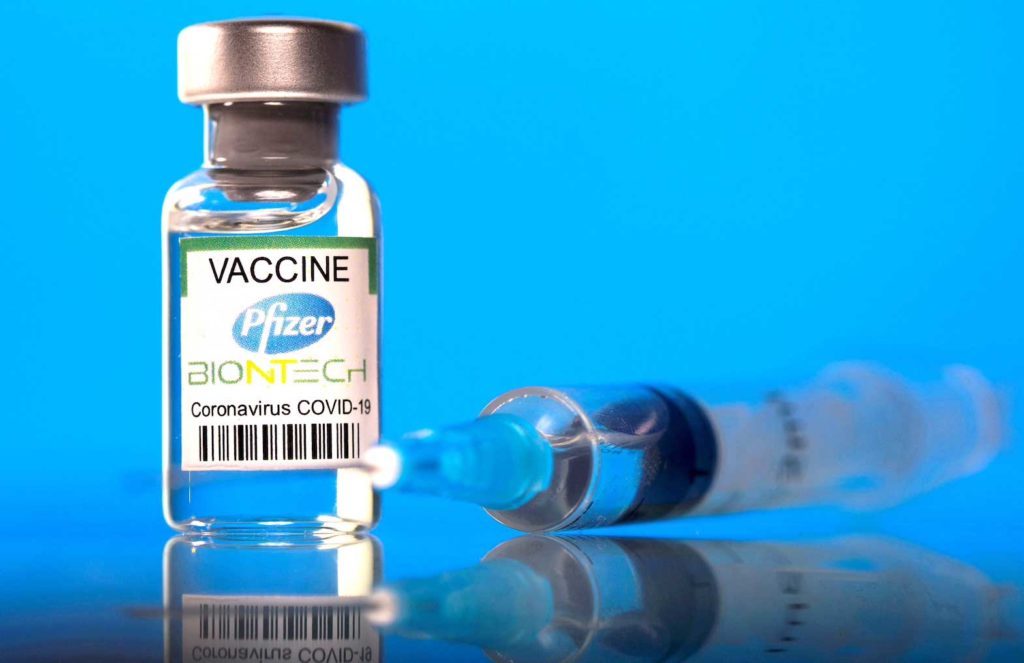 A vial labelled with the Pfizer-BioNTech coronavirus disease (COVID-19) vaccine is seen in this illustration picture taken March 19, 2021. REUTERS/Dado Ruvic/Illustration

U.S. Food and Drug Administration scientists said on Wednesday that a third booster dose of Pfizer’s COVID-19 vaccine generates a higher immune response in recipients, but stopped short of saying the extra shots are needed broadly.

The FDA staff members said in a document prepared for outside advisors that Comirnaty – the COVID-19 vaccine Pfizer developed with Germany’s BioNTech SE – met pre-specified conditions the regulator had set to show that the shot was generating an immune response.

Whether the vaccine’s efficacy is declining and if boosters are needed remains unproven, the agency said.

“Some observational studies have suggested declining efficacy of Comirnaty over time against symptomatic infection or against the Delta variant, while others have not,” they said in the document. “However, overall, data indicate that currently U.S.-licensed or authorized COVID-19 vaccines still afford protection against severe COVID-19 disease and death in the United States.”

The FDA released the document on Wednesday for consideration by a committee of outside experts who will meet on Friday to vote on recommending if U.S regulators should approve the extra round of shots.

Pfizer, in a document it prepared for the meeting, argued that U.S. regulators should approve a booster shot of its vaccine for use six months after the second dose due to waning effectiveness over time.

Pfizer said data from its own clinical trials showed that the vaccine efficacy diminished by around 6% every two months after the second dose. It also said the incidence of breakthrough COVID-19 cases in that trial was higher among people who received their shots earlier.

The drugmaker also pointed to real world data from Israel and the United States showing declining effectiveness of the vaccine.

The U.S drugmaker said in a roughly 300-participant clinical trial, the third dose generated a better immune response than the second. It also pointed to data from the booster program recently started in Israel to show that a third dose restores high levels of protection from the virus.

President Joe Biden has pushed for the additional shots in the face of surging hospitalizations and deaths caused by the highly contagious Delta variant, and set a Sept. 20 target to begin administering 100 million booster shots in the United States.

But it is not clear to many scientists whether the additional shots are necessary broadly.

Earlier this week, two top FDA vaccine scientists were among the authors of an article saying they do not believe the current data supports giving the shots. One of those scientists – Marion Gruber, director of the FDA’s Office of Vaccines Research and Review – will be speaking at Friday’s meeting.

Some U.S. officials are hoping boosters https://www.usnews.com/news/top-news/articles/2021-09-15/analysis-us-looks-to-covid-19-boosters-to-curb-virus-spread might prevent mild cases and reduce transmission of the virus as well as reducing serious infections, which could hasten America’s recovery.