California's recall election: What you need to know

California’s recall election: What you need to know

California voters will decide on Tuesday whether Governor Gavin Newsom should be removed from office before his first term ends. Newsom, a Democrat, is only the second California governor to face a recall election. Here’s what you need to know.

What are the rules?

Opponents of a sitting governor petitioning to hold a recall election need signatures from the equivalent of 12% of the votes cast in the most recent gubernatorial election. In this case that was 1,495,709 signatures.

Voters decide whether they want to remove the sitting governor and then, on the same ballot, choose a replacement. If more than 50% choose to end Newsom’s term, the replacement candidate with the most votes to succeed him, even if less than a majority, becomes governor. 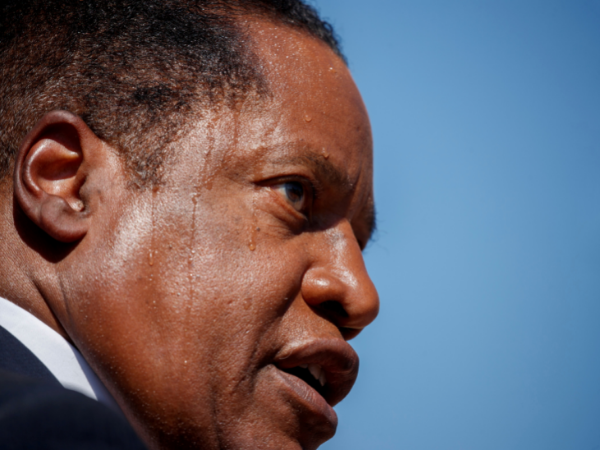 Gubernatorial recall candidate Larry Elder sweats in the heat as he speaks during a campaign stop during the recall election of governor Gavin Newsom in Monterey Park, California, U.S., September 13, 2021. REUTERS/Mike Blake/File Photo

Who’s behind the effort to recall Newsom?

A former sheriff’s deputy named Orrin Heatlie and a group called the California Patriot Coalition began the recall campaign in February 2020, accusing Newsom of favoring illegal immigrants over U.S. citizens. They also complain that taxes are too high and that Newsom favored rationing water, an apparent reference to regulations during the state’s frequent droughts.

Pundits initially said the group was unlikely to gather enough signatures. But a judge in Sacramento ruled recall proponents could have extra time because of delays caused by coronavirus restrictions. That allowed the group to continue seeking signatures as frustration with some coronavirus-related shutdowns grew. The recall effort gained support from national Republicans and conservative media.

Could Newsom be recalled?

Newsom, a former San Francisco mayor and California lieutenant governor, was elected in 2018 with 62% of the vote, a greater share than any other Democratic governor in the state’s history. His opponent, Republican John Cox, garnered about 38% of the vote.

Make sure you mail in your ballots and VOTE NO for California’s Recall Elections or we might just turn into another Texas!🤦🏻‍♂️

A survey released Sept. 10 by the Institute of Governmental Studies at the University of California, Berkeley, showed that 60.1% of likely voters said they would vote “No” on the question of whether Newsom should be recalled, while 38.5% would vote “Yes.”

Still, Republicans have a chance. By law, Newsom is not allowed to appear on the second part of the ballot as a replacement for himself. Of the 46 people seeking to replace him, all but one of those polling with support above 4% are Republicans.

Who is seeking to replace Newsom?

The leading candidate to replace Newsom is conservative radio host Larry Elder, who the Berkeley poll showed to have support from about 38% of those voters who planned to select a candidate. Trailing him were Democrat Kevin Paffrath with 10%, Republican former San Diego Mayor Kevin Faulconer with 8% and businessman and former Republican gubernatorial candidate John Cox with 4%.

Transgender celebrity Caitlyn Jenner is also on the ballot, but she did not garner enough support to be included in the published Berkelely poll results. In a poll published by the university in July, about 3% of likely voters said she was their first choice.