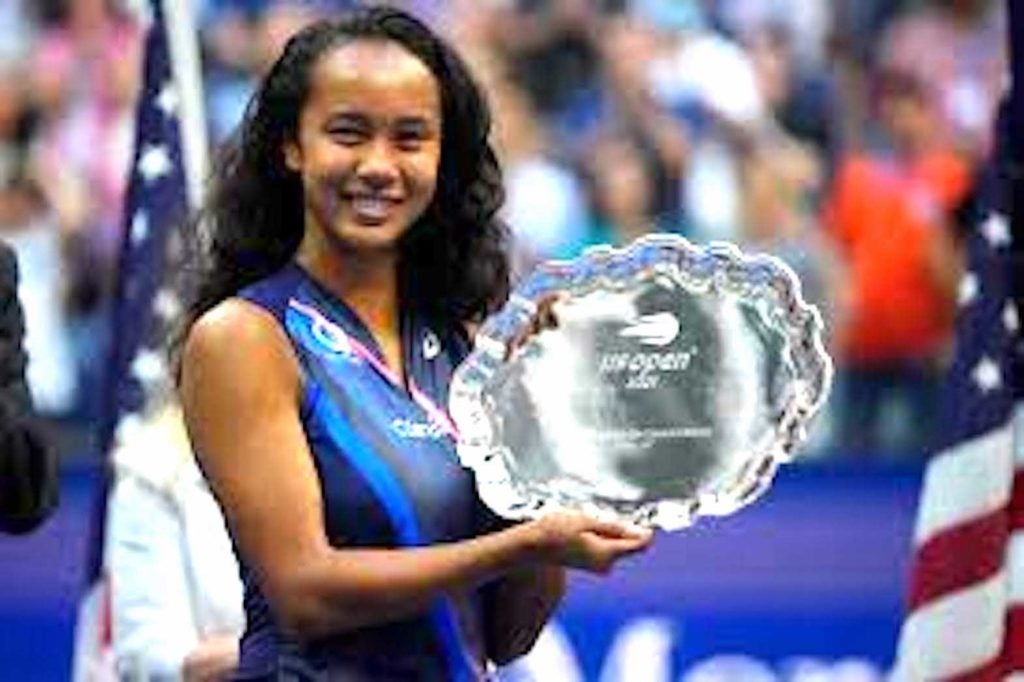 “I know, in this day, it was especially hard for New York, and everyone around us, especially the United States,” Fernandez said after the match. “I just want to say that I hope I can be as strong and resilient as New York has been the past 20 years.” The crowd gave her a massive ovation.

Raducanu congratulated her opponent on a well-played match, noting that she hopes to play against Fernandez again “in many more tournaments, and hopefully finals.” The crowd roared.

The two teen players took down top seeded competitors and reached the U.S. Open Women’s finals for their first time on the 20th anniversary of 9/11.

Fernandez knocked out third seed Naomi Osaka, 23, a four-time Grand Slam Singles Champion, in the third round. During the post march interview, Osaka said she would take some time out for herself.

“Today’s going to be hard to recuperate. I congratulate Emma and her team. But you know what, I’m very proud of myself with the way I’ve played for the past two weeks,” Fernandez added.

“I hope to back here in the finals with a trophy.

Her mother, Irene Exevia Fernendez, is Filipina and her father, Jorge, who is also her coach, is Ecuadorian. She has a younger sister named Bianca Jolie, who is also a tennis player.

Dyan Castillejo of EDUK TV asked Leylah’s mom, who was watching her daughter from the stands during the semifinal, where her family was from in the Philippines.

“My mom is from Leyte and my dad is from Ilocos Norte,” she responded.