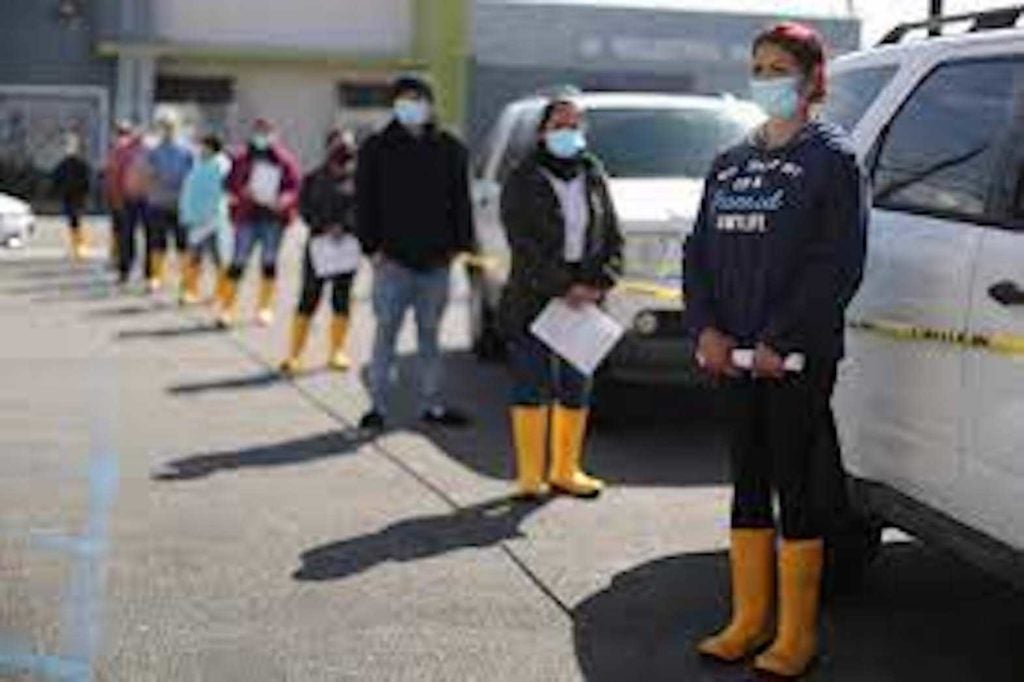 There’s a lot of messages out there this week. If you’re in California, don’t forget to vote “NO”  on the recall election. California doesn’t need a new governor who is an anti-science, anti-vaxxer.

In that sense, the most important message to heed if you want life back to normal throughout the country was delivered  by Joe Biden.

“Get vaccinated,” Biden said in a kind of tough love, aggressive whisper, as he ended his speech to the nation last Thursday.

It’s the speech that could get us over this nasty Covid surge gripping the nation. All the numbers from new cases, to hospitalizations, to deaths, show America still hasn’t learned to come together as a country to fight this thing.

“We have the tools,” Biden said as he announced vaccination requirements for federal workers and employers with 100 workers. “Now we just have to finish the job with truth, with science, with confidence.”

I wonder if he knows how hard grassroots Filipino Americans have been working on the war on Covid.

For the last three months, Little Manila Rising, the  community non-profit based in Stockton, California, has been involved in a door-to-door get out the vaccine drive. They’re not just doing it in Stockton’s Filipino neighborhood. They’re covering a big part of the city of 300,000, one of the most diverse in the country.

It includes Latinx folks, some documented, some not, some Dreamers, distrustful of government. There are Asians of all stripes, not just the big three (Chinese, Indian, and Filipino), but Cambodian, Laotian, Hmong, Vietnamese. More often they need translators to make their vaccine choice.

The Little Manila Rising canvassers also meet the anti-vaxxers, mostly white, who are just resentful. Science? Don’t tell me what to do, they say.

One even pulled a gun, said Amy Portello-Nelson, Little Manila Rising’s project manager. This is America now, in the throes of Covid.

But Little Manila Rising is making a difference. Canvassers have knocked on more than 32,000 doors and had 20,000 conversations. All masked and armed with good information about the virus and the vaccine.

Since they started in the summer, their canvassed areas have seen vaccination rates go from 30 percent to more than 50 percent. It’s still among the lowest in the state.

But the group at Little Manila Rising, which includes some Filipino nurses, are committed to public health.

That’s the fight in the red part of the blue state, the most Asian American state in the nation. We’re doing our part in the war on Covid. But Vax Americana is not easy.

I’m still bothered that a gun was pulled on a Little Manila Rising canvasser. It shows we’re really at war in our own divided country.

A New America Foundation fellow recently suggested it was time to get out of the gridlocked binary yes/no political mindset by adding more parties. Instead of a two party system, why not six?

It may provide for more nuance, voices, and room for negotiation. But then you have six cats to herd instead of two. Is that better?

More political parties? How does that work in PH?

In the Philippines, the democracy made in its colonizer’s image (the U.S.), there’s a semi-dysfunctional democracy with five major parties, and maybe another five more smaller parties represented in Congress.

From my sense, it all boils down to the person, the candidate. The party loses its identity. Philippines President Rodrigo Duterte is an alleged human rights abuser. I don’t know his party.

Even in America, look at how all the Republicans folded under Trump. Poor Liz Cheney knows there’s no room for nuance.

The rules of basic math suggest why things are the way they are. Think fractions. To add them up, you look for the common denominator. Get to the simplest form. 6/12ths may get you a sense of nuance. But it’s still just 1/2.

Having just two parties instead of six is easier. But maybe six is worth a shot. Mr. Math, Andrew Yang, the presidential candidate turned mayoral candidate, is willing to try.

Yang has just announced he’s done with the Democrats and is starting his own “third” party, Politico reported on Thursday.

Even though there are “third” parties like the Green, Peace and Freedom, and Social Democrats, that exist in some form, it could become a thing.

Then again, it could just be a way to keep Yang in public view. He’s the man who loves to campaign, but can he run anything?

Asian Americans know instinctively how a multiparty universe could work. We’re just six percent of the country. To get anything done, we need to work in coalition. Does going from two to six parties make that easier when the number we really need to get to is “one”?

I admit to being baffled by the contrarian sentiments I’ve seen of late. People saying they’re tired of hearing the 9/11 stories, the memories. And yet, wherever we were in the country, we have our own memories of when we first saw the planes strike and the towers fall.

But I get it. Some people are tired of dwelling on the past. They want to move on.

Still, after 20 years, the story is not over. Forty percent of the victims, some 1,106 people are still unaccounted for, reported NBC News. Even now,  victims are still being identified by medical examiners.

And then there are closely held stories that are just coming out, like the one CBS News reported of the two F-16 National Guard pilots who were flying as the towers were hit. They immediately tried to take out the low-flying United Flight 93. Flying without any missiles, the pilots took it upon themselves to “protect and defend,” meaning to go on a “kamikaze” mission. A suicide mission. But before they could complete it, Flight 93 crashed in Shanksville, Pennsylvania.

So there are still new stories revealed, among the old ones we should never tire of.

The point is there was a national feeling that is worth connecting to again and again. It’s not sentimental. It just goes to the core of who we are as a country. And it’s not spoiled when anyone tries to fake it by playing that Lee Greenwood song.

You know the feeling without that–if you have any recollection of that day twenty years ago. We were one country then, when we lost nearly 3,000 people. And the source of terror was from external forces.

Now we’re mired in another tragedy with nearly 670,000 people dying needlessly in America. And we seem to be fighting each other.

Sept. 11 arrived just in time to remind us what it means to be one country again. But with a new focus. Call it Vax Americana. We can beat this thing together.

Except I can’t beat Leylah Fernandez in tennis, ever

As a neologist, I shall dub tennis star Leylah Fernandez, a Canadian Ecuadoran Filipino, a Canequapino.

For the last three weeks it was like the tennis gods shot her out of a cannon for all to see the future of tennis.

Ranked in the 70s before the tournament, she beat the 3 seed Naomi Osaka, then went on to beat the 16th seed (Kerber), the 5th seed (Svitolina), and the 2nd seed (Sablenka) on her way to Saturday’s final against a younger, lower ranked Emma Raducanu in the final. Having had a tougher road to the final compared to Raducanu (who beat nobody), I thought Fernandez should’ve been favored. But having had four tough opponents  may have taken the best out of Fernandez before the championship.

I admit to rooting for the Canecuapino to the bitter end. She looked just slightly off her game. Tired? But she seemed to rally in the second set when Raducanu scraped her knee on the court and was badly bloodied. It was enough for a five minute medical time out that essentially stopped Fernandez’ momentum and gave Raducanu time to reset.

Fernandez could be seen arguing with the judge, and at times seemed to be crying.  That’s when she lost it. Easy for me to say. But that’s when she should have kept her cool and focused on trying to make the comeback of her life. She may have been too distraught by then. Raducanu went on to win the second set. And our golden girl Leylah took second.

She recovered gracefully, and even took back the mic to show us all she was OK. She remembered the moment.

“I know on this day, it’s especially hard for New York and everyone around the United States,” she said, as she referred to the attacks on Sept. 11. “I just want to say that I hope I can be as strong and as resilient as New York has been the last 20 years. Thank you for always having my back. Thank you for cheering for me. I love you, New York.”

And with that, Fernandez made my 9/11 weekend. She lost the tournament. But the runner up does get a $1.5 million pay day. It put her athletic tragedy in perspective, enough to show love and gratitude and totally win the moment.

Just 19, Fernandez, the Canecuapino will be back and with us for a long, long time.

Emil Guillermo is a journalist and commentator. He writes a column for the North American Bureau.  See his vlog on www.amok.com Or on Facebook at emilguillermo.media.