Can ‘standardized tests’ impinge on our right to education?

Can ‘standardized tests’ impinge on our right to education? 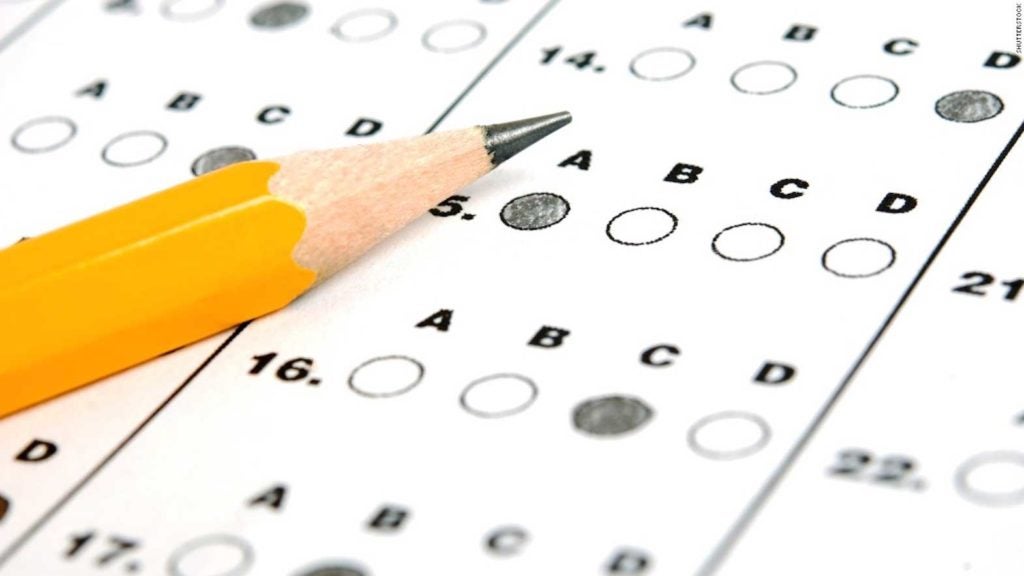 The Philippines ended this pernicious education obsession  after 21 years —  as early as 1994 quips an educational psychology kibitzer friend.

Who could forget the NCEE. It was during the Marcos regime in 1973 that the National College Entrance Examination or NCEE was implemented in the Philippines. This was a government-led standardized examination thatmust be taken by every graduating high school students — the gate to Higher Education.

This era was probably the most stressful era for most Filipino adolescent students aspiring to enter college. NCEE was the key, thought of as the final-one-shot-deal to  hurdle before a student formally leaves high school. Failing  to show up at the precise moment for whatever reason; you are done quips a kibitzer friend.

The NCEE  ostensibly claimed to present equal opportunity for student migrants coming from far-flung regions of the Philippine, so we were told by the then regime. Many in the academe, however, believed this was to subtly force the millions of non-passers towards the path to  vocational courses.

Vocational course enrolments during that epoch was pathetically marginal; has this changed after three decades?  Others nevertheless thought NCEE was intended to  disrupt the  obsessive mindset of  parents to “college-only-education” for their children, quips an education doctorate kibitzer friend.

Was the NCEE a wise a move? Was the NCEE research-based, or a mere whim of armchair experts or purely for political optics of the time? Or a Kronos’ scythe that decimated dreams and hopes?

Can a standardized test impinge on our birthright to education?

Parents will learn nothing from a child’s test score (standardized), expressed  Dr. D. Ravitch, a former U. S Assistant Secretary of Education as part of her advocacy on educational testing. Parents really do not care about comparative rank results through bevy of numbers and data.

Parents simply want to know, whether  their children are keeping up with their assignments, participating in class, understanding their school work, doing projects, enthusiastic about school activities, and getting along with their teachers and peers.

“The standardized tests won’t answer any of these questions.  So, how can a parent find out what he or she wants to know? Ask your child’s teacher,”  bluntly added Dr. D. Ravitch.

There’s the rub. The Teacher. The biggest white elephant in every classroom, quips a nursery doctorate teacher  kibitzer friend. Who then should write the test’s contents?

The teacher should write test’s content based on what was taught in class. The teacher gets instant feedback and knows precisely what each student understood, what was not. A teacher can confer with a student  to go over what was missed in class and help him learn what he needs to know, suggested Dr. Ravitch.

Experts remind us that tests fundamentally measures two things: what you know and/or what you do not know. Which is more important? It depends on the purpose of the test according to Mr.  G. Vitamanti, a retired teacher from California who also writes for The San Diego Union-Tribune.

Cognitive scientists forewarn us that we do not know more than we do know. This is true, even among doctors or experts or scientists in any field; no human is omniscient. Herein lays the problem with state or national tests, wrote Vitamanti.

Empirical studies indicate that the people who dream up the test questions decide what is important from their point of view. Not only is this like having one political party, but it is also difficult to understand the objectives of the test makers.

The result is that students faced with answering questions they have never been exposed to, or which are irrelevant.

Departmentalized examinations have also become an integral part of many higher education systems. Should we not  be wary of any test given to a student that one has not had a hand in constructing, inquired quizzically a cognitive psychologist kibitzer friend.

Uniformity is essential in departmentalization. Vitamanti averred, “Unless every teacher is given the same materials and the same lesson plans with exact guidelines as to what is most important – and therefore what the state or national test will cover – most of the students will start at a great disadvantage.

This means, many students may have not necessarily learned what will be on the test. To a great degree, it becomes a crapshoot.”

This brings to mind a study  on  how students tackle problems, conducted a few decades ago by Dr. D. Laurillard now with the University  College London.  This probably is not much different from the idea on how to tackle a question relative to answering standardized test.

Dr. Laurillard’s finding: The focus of learners’ attention was not on the problem itself, but on the problem as set by a teacher in the context of a particular course. The idea of learning the concept simply dissolved or significantly negated.

The student’s attentions were  not focused on tackling the problem; rather on what they thought the teacher required, or in this instance, what the test would cover. The focal point therefore becomes simply: “Is this what the teacher is looking for?”

These simply means that the focus is on the answers rather than analyzing and fathoming the concept! Could this be the reason why “’review’ facilities” (brick-and-mortar or virtual) proliferate for a fee? , inquired an entrepreneurial kibitzer friend.  This is what a crapshoot Vitamanti was referring.

Thus, unless there is sameness in the syllabus, materials or courseware, methodology becomes elusive; methodology is  probably the hardest to replicate in regard to “uniformity” because this relates to a living human being, a.k.a. the Teacher.

Every teacher is unique; no two teachers teach alike. There are a myriad approaches and methodologies – also the most difficult to “standardize.” Materials or courseware or tests  are reproducible in a cinch available online; not of course, how a teacher teaches.

Teachers will always bring different lesson perspectives into class and will likely emphasize different things. One sociology teacher for instance may stress familial context, while another on ethnocentricity. This is probably where the oft-quoted “academic freedom” is wonkily anchored, quips an  apolitical activist kibitzer friend.

Teachers are expected to develop, collect, and construct their own tests. Since a test should measure what is taught, would you expect that a student could do equally well if he took a test, in the same unit, from all the teachers? The retired teacher from California inquired.

The rub is many teachers are unfamiliar with valid test construction; some would even modify well-established test construction rules. A case in point: a former teaching colleague of my kibitzer friend once prepared a matching-type examination with  40-items to match!

Many probably understand the concept of item analysis in test preparation so we are told, but  despite of this would rather adopt online sources due to ease of availability and other often inexplicable  reasons.

Studies indicate that it is valid or tolerable to declare it feasible to construct decent standardized-national tests for the lower elementary students where they are mostly concerned with the basics of reading, writing and arithmetic.

Empirical studies also suggest that as adolescent students mature, their ability to think and make decisions becomes more developed and more complex  particularly during the tertiary or university phase. Cognitive development is ultimately heightened during adolescence.

Vitamanti averred that since state and national tests in the United States of America do not stress concepts, they tend to be rigid; therefore, in order for their students to do well, teachers will be forced to teach to the test.

The result is  a watered-down education and students with rigid minds?

Dr. Aggie Carson-Arenas <[email protected]> is a Certified Clinical Psychology Specialist, a former associate professor and university research director. He is a Behavior Analyst Specialist in Nevada, an educator, clinician, researcher, consultant, columnist, and a published author. Dr. Carson-Arenas with his daughter Abbygale Williamson Arenas-de Leon, authored, “You’re Okay, I Am Perfect” (How Teens, Adolescents & Those In-Between Quest for Identity).