President Joe Biden on Thursday will present a six-pronged strategy intended to fight the spread of the highly contagious coronavirus Delta variant and increase U.S. COVID-19 vaccinations, the White House said on Tuesday.

The United States, which leads the world in COVID-19 cases and deaths, is struggling to stem a wave of infections driven by the variant even as officials try to persuade Americans who have resisted vaccination to get the shots. Rising caseloads have raised concerns as children head back to school, while also rattling investors and upending company return-to-office plans.

White House spokeswoman Jen Psaki told reporters traveling with Biden aboard Air Force One that he will lay out the strategy “working across the public and private sectors to help continue to get the pandemic under control.”

Asked about possible new mandates, Psaki said the White House would offer more details later about the plan and acknowledged that the federal government cannot broadly mandate that Americans get vaccinated.

“We need to continue to take more steps to make sure school districts are prepared and make sure communities across the country are prepared,” Psaki added. 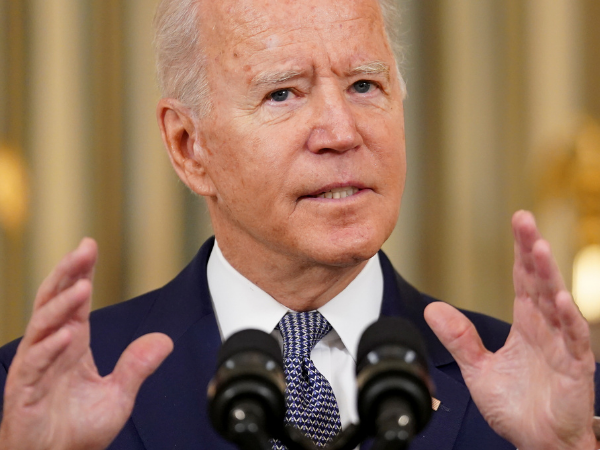 A White House official familiar with the plan said it would touch on mandates, testing, and schools. “There is a path out,” the official said, noting a sense of hopelessness by some in the country about the pandemic.

The official added the private sector could do more on the issue and that Biden would take on vaccine hesitancy as well.

On Wednesday, Biden is scheduled to meet with White House COVID-19 advisers.

The United States has recorded roughly 650,000 COVID-19 deaths and last week exceeded 40 million cases. Reuters data shows that more than 20,800 people have died in the United States from COVID-19 in the past two weeks, up about 67% from the prior two-week period.

U.S. Food and Drug Administration advisers are scheduled to meet on Sept. 17 to consider a possible third shot of Pfizer Inc and BioNTech SE’s two-dose vaccine, the only COVID-19 vaccine yet to receive full approval from the agency.

U.S. officials have said they expect vaccines to be approved for children younger than 12 this winter. With U.S. students already starting a new school year, battles over public health efforts, including mandates that pupils wear masks erupted in many places across the country.

In the private sector, increasing numbers of U.S. employers have imposed vaccine mandates for employees. The Biden administration has hailed efforts by businesses, universities and others to bolster vaccinations.

(Reporting by Steve Holland and Jeff Mason in Washington and Nadita Bose aboard Air Force One; Writing by Susan Heavey; Editing by Will Dunham and Aurora Ellis)