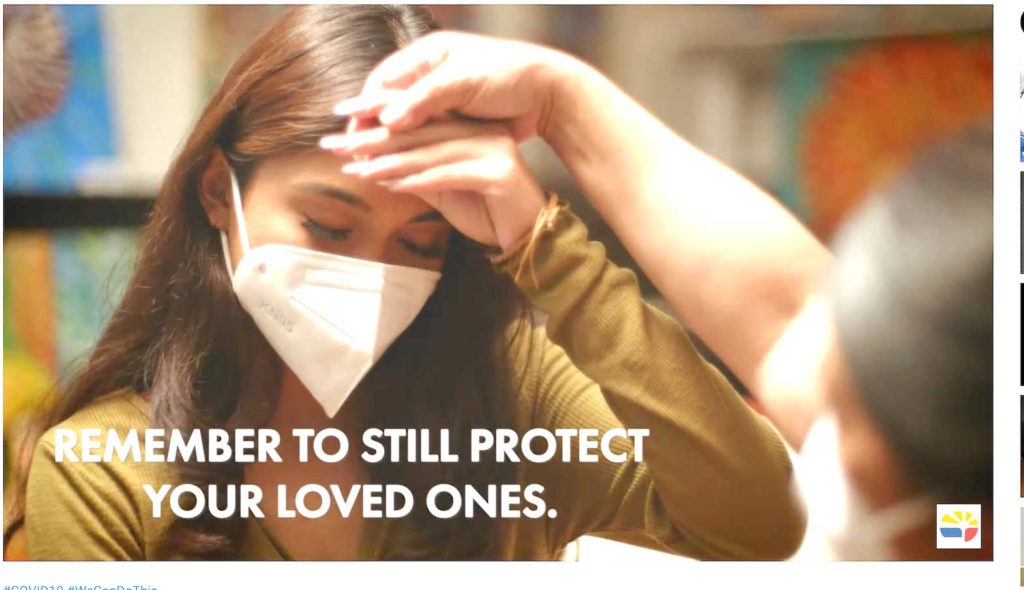 The videos were produced under a grant from the Department of Health and Human Services for its “We Can Do This” campaign. SCREENSHOT

When the non-profit Filipino Young Leaders Program (FYLPRO) received financial support to educate the Filipino American community about vaccines, it ultimately decided that the best way to reach people would be through a three-part video campaign.

So, it partnered with other community groups in August to produce a webinar, a 30-second PSA and a dance video to increase vaccination rates in the community.

The videos were produced under a grant from the Department of Health and Human Services for its “We Can Do This” campaign. Leezel Tanglao, FYLPRO COVID-19 Task Force chair and Caretaker Project program director, told INQUIRER.net that seniors and front liners were prioritized when the vaccine first started rolling out, which meant they had more access to it. That’s why its video campaign targets parents and Gen Zers.

“There’s still a huge lag in making sure that age group is vaccinated, and also just the encouragement of their parents to get them vaccinated,” Tanglao said.

She noted that while the group had the option to allocate funds from the grant toward in-person events, it decided it could create a greater impact by taking a three-fold approach with educational videos.

The hour-long webinar produced in collaboration with The Council of Young Filipinos in Medicine and National Council of Asian Pacific Islander Physicians, was geared toward parents and meant to encourage them to vaccinate their kids by the time the school year began.

Meriden Villanueva, an independent film director and producer, directed and helped write the script for the PSA. She said in an email that based on focus groups conducted by two FYLPRO volunteers, the team felt that the video should center around steps to protect loved ones, particularly as kids started returning to school. Common themes that emerged from the focus groups included family protection, elders, family ties, self-protection and relying on their youth, she added.

The PSA features Miss Filipina Teen International 2021 winner Natihalie Jabonero, along with second runner-up Cady Shamuls and third runner-up Krysten San Diego. Villanueva said she pushed to have real teenagers be part of the PSA because they represented Generation Z and the target audience for this project. The PSA also wove in a few references to Filipino culture, including when three friends were enjoying their halo-halo and the lead school girl greeted her Lola with mano po.

“I hope our viewers will realize how important family values mean to us. We hope to encourage the youth ages 12 and up to get vaccinated because not only are they protecting themselves, they are protecting their family and friends,” Villanueva said.

A Tagalog version of the PSA was released in late August.

Brian Tajo, an alumnus of FYLPRO’s immersion program who worked on the dance video, said the group sought to create an artistic video that would be different from the group’s other projects. FYLPRO drew inspiration from a viral dance video last year of two people dancing to a Vietnamese PSA encouraging hand washing.

“Essentially we choreographed a quick story that tells the situation we wanted to campaign, ‘There’s lots of talk about COVID-19, but it’s highly encouraged to get children vaccinated so that they are protected from the virus,’” Tajo said in an email.

“It’s still evergreen, especially now with the rise of the Delta variant,” she added. “It’s really important that we get as many people vaccinated as possible. And hopefully this hopefully moves the needle for the people that are still kind of hesitant — both the parents and the folks that are 12 and up.”