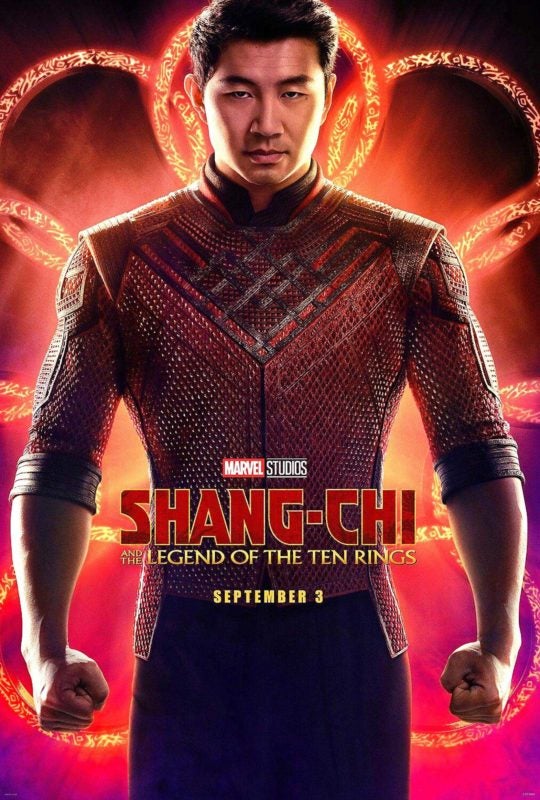 On the weekend that Asian Americans are given the full Hollywood treatment–not just “Crazy Rich Asians,” but crazy super-empowered Asians, Marvel style–America could really use an Asian American hero.

I guess when I feel comfortable in a movie theater again, I will  catch “Shang-Chi and the Legend of the Ten Rings.”

I just wish the legend included some Asian families in Queens, New York.

From my low perch from a valley in California, it’s impossible not to be heartbroken by Ida, and what it’s done from Louisiana throughout the Northeast.  The death toll as I write has surpassed 50, and that includes people in low areas  found after being swept away by torrents of water. Or found in their cars drowned. And then there are the families in Woodside, Queens, New York, especially the  Nepalese family trapped by rushing waters in their basement apartment.

They could have used a Marvel superhero.

Instead, the water, rose so fast Mingma Sherpa called a friend Choi Sledge, who lived on the third floor of the house. “She said: “The water is coming in right now,’ and I say: ‘Get out! Get to the third floor,” Sledge told the New York Times.

“The last thing I hear from them is, ‘The water coming in from the window.” And that was it.”

For Mingma Sherpa, her partner Lobsang Lama, and their two-year old son, Ang. There was no superhero.

Only a morning of politicians blaming the inadequate warnings, and inadvertently climate change, the higher global temps enabling the atmosphere to hold nearly 10 percent more moisture, meaning when it rains, it really, really pours.

But later in the day, the Sherpa’s neighbors in Woodside were saying how for years the neighborhood had told government officials about the threat of flooding and nothing had been done. “I’ve sounded this alarm so many times, I cannot tell you,” said Sahadeo Bhagwandin to CNN.  “I’ve told the city you need to come out here and see what’s going on. Don’t come when the waters have receded, so you don’t understand it.”

She described what years of neglect, plus historical rains meant to her neighborhood. “It was chaos. It was like a war zone here,” Bhagwandin said, and then she remembered the Sherpas. “I can speak for everyone. There was only sadness. And it’s just overwhelming.”

They all could have used an Asian American superhero.

A newly cinematic Marvel hero is nice, though he was birthed not by Asian Americans but by writer Steve Englehart and artist Jim Starlin in 1973, with his own solo comic  in 1983).

Asian Americans have had to make do with real life superheroes like Norman Y. Mineta, the congressman, and former cabinet member of two White House administrations. As the House rep of San Jose, Calif. , Mineta led the charge in the adoption of H.R. 442, a/k/a, the Civil Liberties of Act of 1988 that granted reparations to Japanese Americans incarcerated during World War II.

More than 82,000 checks were sent to survivors of the internment, at $20,000 each. It was a recognition of the pain suffered by Asian Americans at the hands of their own government.

And it was a bipartisan bill, signed by Reagan into law August 10, 1988.  Imagine anything like that happening now in a country so politically divided?

That’s why when I think of Asian American superheroes, I think of  Mineta. Even then it was no easy task to get H.R. 442 through. But when it got through, it was historic.

Full disclosure, I served briefly as his press secretary and speech writer during the Clinton administration. While there I also had the honor of meeting another Asian American superhero: Congresswoman  Patsy Mink of Hawaii. Mink was the first woman of color elected to Congress and the first Asian American woman in 1965.

The timing of her election meant she was a key person in the so-called “Great Society” legislation of President Lyndon Johnson. But she was also an outspoken critic of the Vietnam War. Legislatively, she was a champion for immigration reform and family unity, but also gender equity in education, and helped bring the establishment of Title IX.

If you played, or are playing women’s sports today in college, you can thank Patsy Mink.

Making laws to apply to all takes herculean stamina and strength. We didn’t have a Shang-Chi. Fortunately, we had a Mineta and a Mink.

I would be remiss on Labor Day weekend, not to mention the Filipino American superhero, Larry Itliong. Itliong is always worth a mention because for so many years, no one did.

Put in the shadow of Cesar Chavez in the public eye, those who know the history understand that it was Itliong and the Filipino unionists who worked the fields in California’s Central Valley that brought the labor rights issue of ag workers to the forefront. There would be no United Farm Workers Union were it not for the pioneering efforts of Itliong who actually began the Great Delano Grape Strike on Sept. 7, 1965.

That took the courage of a superhero.

Read more about it here when I covered the 50th anniversary.

Itliong was like my dad in that they both came to America from the same part of the Philippines in the 1920s. My dad was a cook in San Francisco. Larry went to the fields. But he also was typical of Filipino immigrants who came here and kept moving through the Central Valley, into Washington, and then up to Alaska where they worked the canneries. It’s the Filipino migrant story.

From Asia to America. Itliong in the ‘60s. The Sherpas of Queens today, coming from the highest points on earth to the lowest in the wake of Ida.

Emil Guillermo is a journalist and commentator. He writes a column for the Inquirer.net’s North American Bureau. See his vlog at www.amok.com, and on Facebook @emilguillermo.media @2p Pacific.