U.S. gov’t urged to give undocumented essential workers a break

U.S. gov’t urged to give undocumented essential workers a break 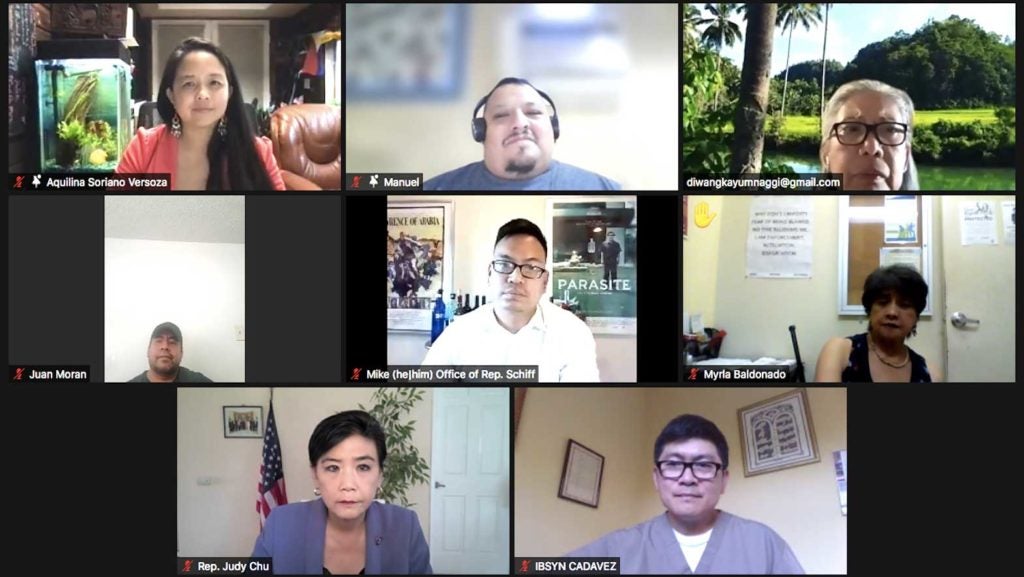 LOS ANGELES – Advocates are calling on federal officials to give undocumented immigrant essential workers a pathway to citizenship, saying they’ve proved how crucial they are to the U.S. economy during the COVID-19 pandemic.

Workers and advocates gathered for a virtual town hall on Aug. 25, asking the government to also support essential workers by investing in the nation’s care infrastructure through childcare, paid family and medical leave, expansion for Medicaid, and by raising the minimum wage of home care workers to $15 an hour.

“Now is the time that we need to have Washington here and see the demand for a just recovery for all, including dignity for home care workers and citizenship for immigrants,” said Aquilina Soriano Versoza, executive director of Pilipino Workers Center of Southern California.

The town hall took place a day after the House of Representatives passed a budget resolution – one that the Senate approved earlier this month – that includes a pathway to citizenship for essential workers.

Speakers at the town hall also expressed support for the Citizenship for Essential Workers Act, which would allow eligible immigrant essential workers to obtain permanent resident status, the PRO Act, which would expand protections for workers who engage in collective bargaining, and President Joe Biden’s Build Back Better economic recovery plan.

Congresswoman Judy Chu (D-Calif.) said during the Aug. 25 town hall, hosted by the Los Angeles Worker Center Network and the National Domestic Workers Alliance, that it’s important to pass the bills because of the country’s economic disparities. She noted that the pandemic has demonstrated how crucial immigrants are to the economy.

“Throughout the pandemic immigrant workers have kept our nation fed and cared for, yet many make such low wages and lack health insurance at a time when their health can be in jeopardy themselves just by going to work,” Chu said. “That’s why we have to fight to make sure that we include a pathway to citizenship for millions of dreamers, TPS holders, farmers and essential workers in our Build Back Better bill, including a pathway to citizenship.”

She added that providing a pathway is not only only beneficial for immigrant families, but also for the country’s economic recovery: It would raise the country’s GDP by $1.5 trillion throughout the next decade and create more than 400,000 new jobs.

Several immigrant workers shared during the town hall what it was like for them to continue to report to work in-person during the pandemic.

Ibsyn Cadavez, a Filipino immigrant who has been a home care worker for almost 16 years, said he was paid $140 for a 24-hour shift with no overtime pay, no health insurance, and meager food provided. He added he had also found work through a caregiving agency where he was paid $90 for 24 hours of work.

“We have little sleep, no sufficient food, and sometimes we get maltreated,” Cadavez said through an interpreter.

Juan Moran, a worker who has been in the restaurant industry for 20 years, said through an interpreter that he constantly feared losing his life and his loved ones, saw many of his peers lose their jobs, and was mistreated by clients and managers while working during the pandemic.

“The restaurant became a game of Russian Roulette, which we haven’t really gotten over, and there’s still a long way to go,” Moran said.

At the conclusion of the town hall, Versoza invited attendees to an in-person, socially distanced march on Sept. 18 to advocate for citizenship for as many of the country’s 11 million undocumented immigrants as possible.

“We’re calling on everyone to keep up this momentum,” she said.