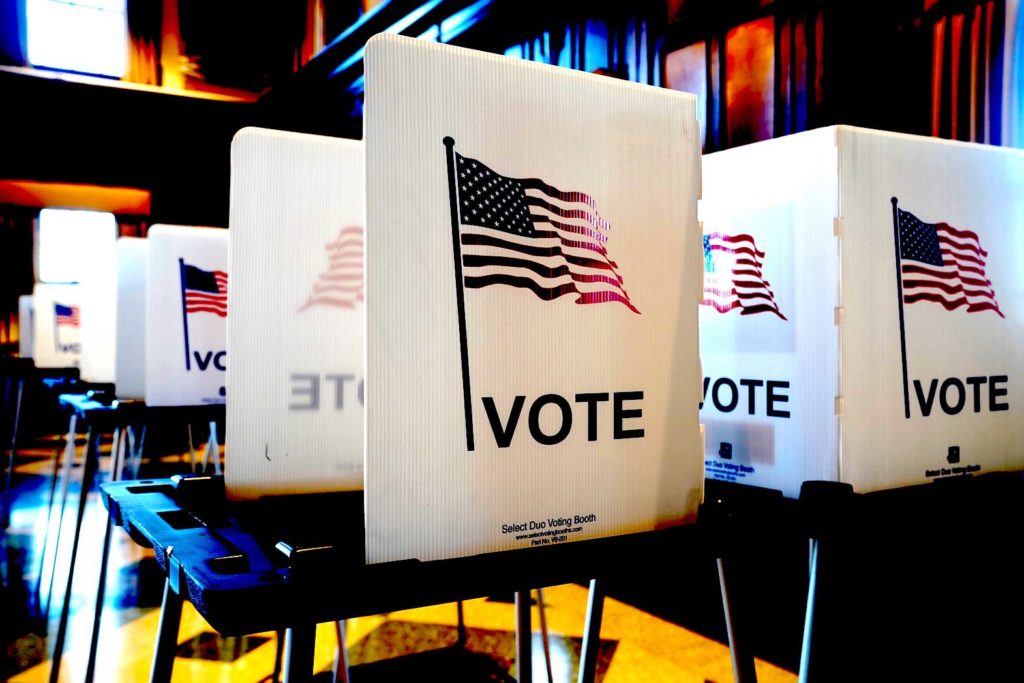 Unused privacy booths are seen at a voting site in Tripp Commons inside the Memorial Union building on the University of Wisconsin-Madison campus on Election Day in Madison, Dane County, Wisconsin, U.S. November 3, 2020. REUTERS/Bing Guan/File Photo

WASHINGTON – The U.S. House of Representatives on Tuesday approved a voting rights measure that Democrats say would help counteract a wave of voting restrictions in Republican-led states, but it faced slim chances of passing the Senate.

The House voted 219-212 on the bill to restore key protections of the Voting Rights Act of 1965, which outlawed discriminatory voting practices. The measure is named after the late Representative John Lewis, a civil rights hero who died last year.

But the outlook in the Senate was poor. Only one Republican, Senator Lisa Murkowski, has expressed support for the proposal, but Democrats would need at least 10 Republicans to help advance it in the chamber, which is divided 50-50 along party lines.

At least 18 states have enacted laws so far this year that restrict voter access, according to the Brennan Center for Justice at New York University.

Proponents of the measures say they are necessary to counter fraud, which Republican former President Donald Trump has falsely claimed led to his 2020 election defeat. Multiple courts, state election bodies and members of his own administration have rejected that claim.

Democrats have accused Republicans at the state level of enacting such measures to make it harder for racial minorities who tend to support Democratic candidates to cast ballots.

The U.S. Supreme Court struck down portions of the Voting Rights Act in 2013 and again in 2021. The House-passed bill would seek to redress the court’s objections with an updated formula for which jurisdictions are subject to additional federal scrutiny, said Democratic Representative Terri Sewell, the bill’s sponsor.

Democrats argued that voter suppression is alive and well, pointing to states such as Texas where the state legislature has been considering limiting early voting hours, adding new identification requirements to mail-in voting and empowering partisan poll watchers.

But Republicans accused Democrats of attempting a federal takeover of election laws.

“If it’s easier to vote today than at any time in our history, and more Americans are voting than ever before, then why are Democrats going to such extreme measures to ensure a federal takeover of elections?” Representative Rodney Davis said.

A more expansive voting reform bill was also passed by the House this year but was blocked by Senate Republicans in June. Senate Republican leader Mitch McConnell has said voting rules should be left to the states.

At least one Democrat, Senator Joe Manchin, has said he will not go along with changing the rules to help pass a voting rights bill.