‘We Call Her Yolanda’ screens in Washington, DC

‘We Call Her Yolanda’ screens in Washington, DC 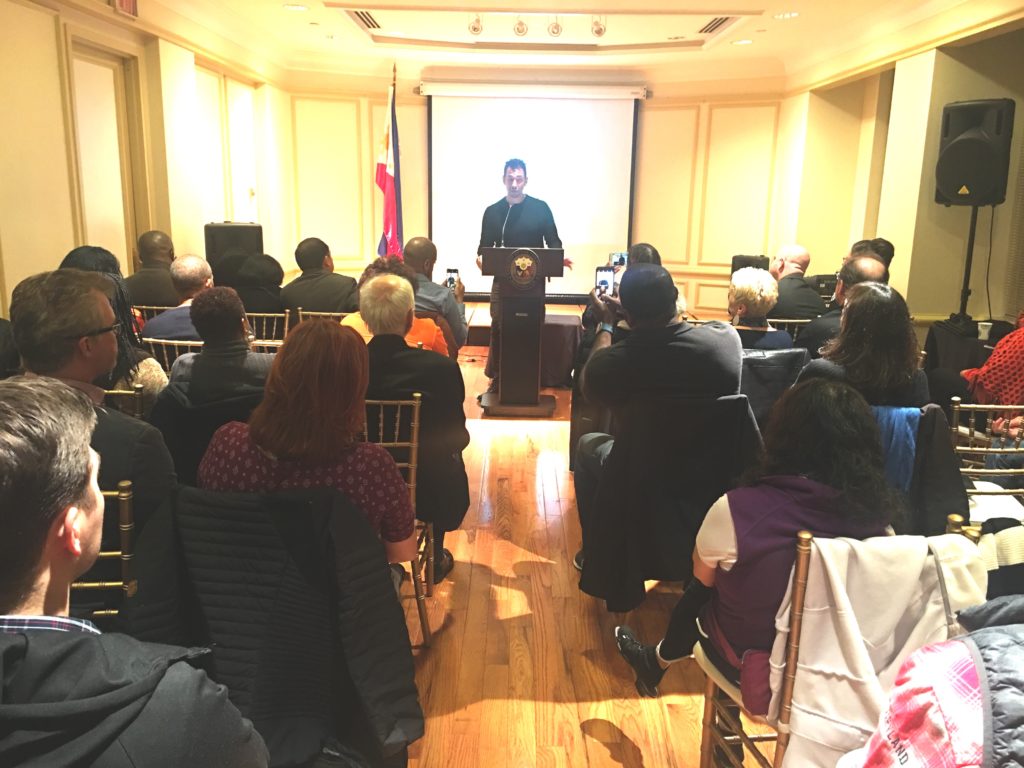 Anthony Bari Jr., director of the film “We Call Her Yolanda” delivers brief remarks before the film screening held at the Philippine Embassy’s Romulo Hall on November 8. CONTRIBUTED

a free screening of the documentary film “We Call Her Yolanda.”

Guests from the Metro DC community filled the Embassy’s Romulo Hall to watch the highly anticipated film that follows the story of those who survived the strongest typhoon on recorded history.

“We Call Her Yolanda” was shot entirely in the Philippines for over two years, highlighting the stories of devastation and loss, rescue and survival, as well as rehabilitation and recovery.

Atty. Jose Victor Chan-Gonzaga, the Embassy’s minister for economic affairs, who was born and raised in Tacloban City, welcomed the guests.

“It is our prayer that we will realize that Yolanda may have brought unquantifiable damage and loss, but it also left us with many lessons about nature, about life, about people, and about the strength of the human spirit. We should not let the passage of time and the relative calm of our present lives turn these lessons into mere memories. Instead those lessons should be held close to our hearts and minds so we can strive to build better cities, better lives, and better relationships,” Gonzaga said.

Director Anthony Bari Jr., and producer May Tam were also present during the screening.

“I will always remember November 8, it is a day that changed my outlook on life. Making a film in honor of people who had strong will and hope at their lowest point in life was very emotional at times and very fulfilling for the soul,” said Bari.

“Our mission is to bring their untold stories to the rest of the world. The people of Leyte embody the Waray spirit with honor and pride in everything they do. This showed many of us what true resilience is. The subjects in the film teach good lessons about what defines necessity and what soon becomes luxury. The earth has no bias and we can never be prepared enough for what might come to us,” he further stressed.

The film was also shown in the Los Angeles Philippine International Film Festival on  October 9, 2016, and in two cinemas in Makati City last March.