A lesson in Geography 101

A lesson in Geography 101 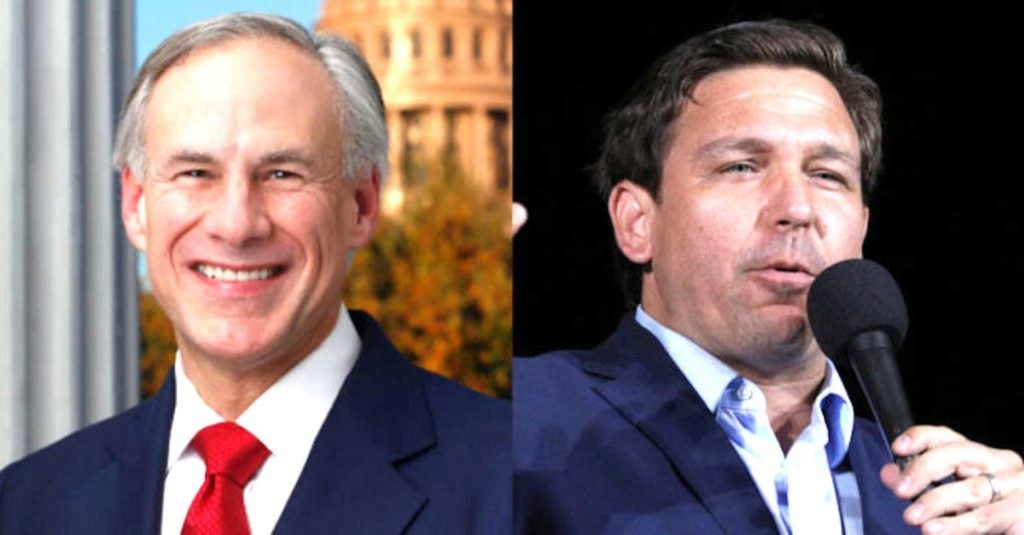 NEW YORK— It seems that when it comes to geography, some Republicans have a difficult time comprehending the field’s basic tenets, whether the issue is one of location or of borders. In 2008 the then Republican vice-presidential candidate Sarah Palin, to show off her grasp of international geopolitics, intimated that she knew all about Russia, as she could see that country “from an island in Alaska.”

According to this logic, I would be a lunar expert, since from our living room window I can see the moon, to quote William Blake, “burning bright in the forests of the night.” But such a claim would render me simply a lunatic.

Recently, Governor Ron DeSantis, a Republican and a footrest for the former guy, a/k/a DJ Trump, reacted to President Biden’s suggestion that if the governor would not actively help in getting his constituents vaccinated, he should at least “get out of the way.” The president was dealing with dramatic upsurge in Covid-19 cases, mostly among those who for whatever reason have not yet been, or refuse to be, vaccinated. As Dr. Rochelle Walensky, head of the Centers for Disease Control and Prevention put it tersely, it is “a pandemic of the unvaccinated.”

What hath the good governor done, or not done, to be mentioned by President Biden?

In terms of hospitalizations, his state has the country’s highest rate and second-highest of recent infections. While infections have risen in every state, the rates in the South have been of grave concern, with the more transmissible Delta variant. The political leadership of those states have balked at new restrictions or instituting mask mandates.

In DeSantis’s Florida, there has never been a statewide mask mandate; in fact, a state law prohibits such mandates–even though masks are a necessary tool in reducing the spread of the virus, along with being vaccinated. DeSantis bristled at a press conference when a reporter wondered if such a mandate might help prevent children from contracting the illness, being that children in Florida are disproportionately hospitalized for Covid-19.

In response to the president’s reference, an angry DeSantis riposted, “Why don’t you get this border secure and until you do that, I don’t want to hear a blip about Covid from you.”

The man is in denial. Florida accounts for twenty percent of all cases in the country, and may result in straining the capacity of hospitals and other health facilities to deal with the pandemic. And as with Trump, DeSantis has consistently undermined the messaging of health officials.

Echoing his Mar-a-Lago role model, the governor fell back on the hoary and dubious tradition of blaming immigrants for the nation’s various ills, placing it squarely on Biden’s shoulders.  “He’s imported more virus from around the world by having a wide-open southern border, you have hundreds of thousands of people pouring across every month. So he’s facilitating who knows what new variants are out there.”

DeSantis doesn’t seem to realize that Florida’s neighbors are two states, Georgia and Alabama, and that in no shape or form does Florida share a border with Mexico. It stands to reason that accusing border crossers for the surge would be to blame Georgians and Alabamans for being superspreaders. Similarly, Georgians and Alabamans could blame Floridians for any uptick in infections and hospitalizations.

Texas, on the other hand, does share a border with Mexico, and Republican Governor Greg Abbott, running for reelection, has initiated “Operation Lone Star,” a crackdown on immigrants. Among its measures are jailing asylum seekers and building a border wall—measures that appeal to the Trumpian base. He has also directed the state highway patrol to stop any vehicle, including passenger buses, believed to be transporting undocumented immigrants, as the latter may be carriers of the virus. The directive has for now been blocked by a federal judge.

Republicans talk a great deal about personal responsibility, but their conception of it bears no relation whatsoever to any notion of family much less of community, and most definitely not when it comes to people of color. For a nation of immigrants, founded by immigrants, and governed by descendants of immigrants, to demonize immigrants is not only to turn its back on but also betray, history.

And that is the height of irresponsibility. Copyright L.H. Francia 2021