Virginia road markers to honor Filipinos in U.S. Navy who settled in the state

Virginia road markers to honor Filipinos in U.S. Navy who settled in the state 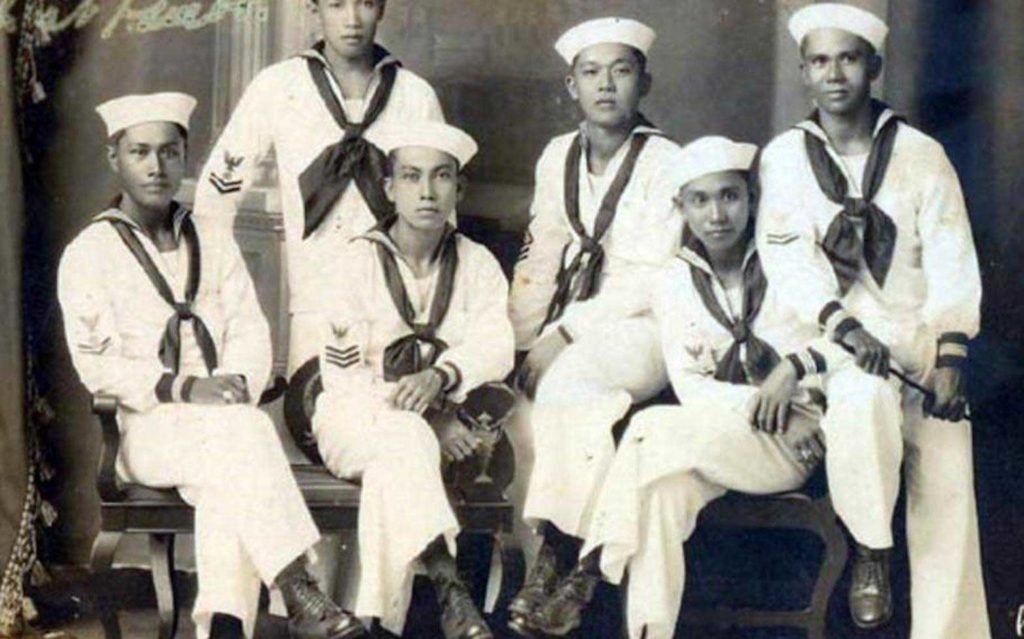 More 35,000 Filipinos were recruited into the U.S. Navy from 1952 to 1992 under a provision of the Republic of the Philippines-United States Military Bases Agreement. (USS Telesforo Trinidad Campaign)

Virginia officials want to honor the legacy thousands of U.S. Navy recruits from the Philippines, who have settled in Hampton Roads, with a historical highway marker in Virginia Beach, Virginia.

Gov. Ralph Northam announced five new historical markers, explaining that Asian and Pacific Islander communities “have made significant contributions to our commonwealth and our country, but too often their stories remain untold.”

Students across Virginia nominated the markers through a contest focused on Asian American Pacific Islander history. The Virginia Beach marker, dubbed “Filipinos in the U.S. Navy,” was suggested by students in Burke and Chesterfield County, according to the Virginian-Pilot.

The governor’s office noted in a news release, that Filipinos in the U.S. Navy have created one of the largest Filipino communities on the East Coast, the pathway to Virginia being opened for them since 1946, when a post-Philippine independence agreement allowed the Navy to directly recruit Filipinos as stewards.

The agreement was amended to specify that 2,000 Filipino men would enter the Navy each year, and the program continued through the 1990s. The 1965 Immigration Act further boosted Filipino immigration by allowing residents to petition for family members to join them in the U.S. Hospitals were also allowed to recruit nurses and give them green cards.

The historical markers must be approved by the state Board of Historic Resources at its September meeting.