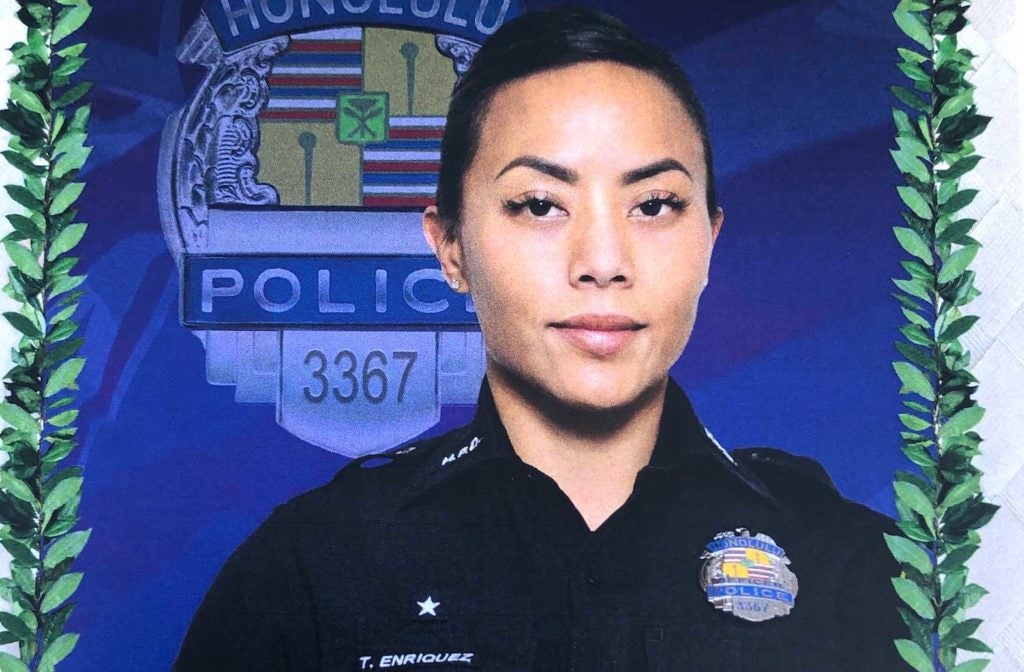 Honolulu Police Officer Tiffany Enriquez was killed in the line of duty in 2020. HPD

HONOLULU – A Filipino American police officer who died in the line of duty during a fire and shooting near the iconic Diamond Head landmark received a posthumous international award for her sacrifice.

Enriquez was shot and killed on January 19, 2020, alongside fellow officer, Kaulike Kalama, while responding to a fire and a barricaded perpetrator.

Enriquez, 38, was the first woman Honolulu police officer to die in the line of duty. She served in the US Air Force reserve and joined the Honolulu Police Department in 2012.

The IAWP said the Bravery Award is given to a female officer who distinguishes herself by an exemplary act of bravery or heroism, on or off duty, and at risk of her own personal safety or in the face of danger and in the execution of her duty.

Enriquez is survived by three daughters and a grandson.