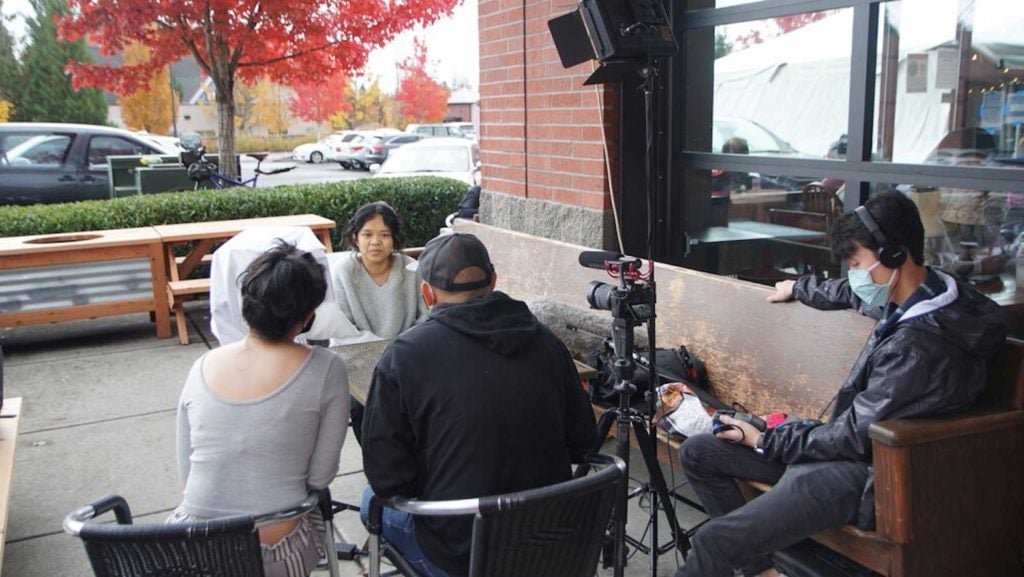 According to Nikki De Leon, a founding board member of Filipino Bayanihan Center at 1537 S.E. Morrison St., the need for the center became clear amid the Covid pandemic, when the center’s organizers reached out to some Filipinos living in Portland metropolitan area.

A free food pantry offers staples found in Filipino homes. Kasama Farm in the Hood River area has been donating produce to the center.

There are also plans to help Filipino sailors get COVID-19 vaccinations when their ships dock in Astoria and Vancouver. The center has a lending library and plans a series of educational discussions.

Money to pay rent for a three-room center was raised from the Filipino community and local authorities, It is now seeking nonprofit status.

De Leon says the center hopes to find a permanent spot in the suburbs, where the majority of the estimated 42,000 Filipinos in the metropolitan area live.