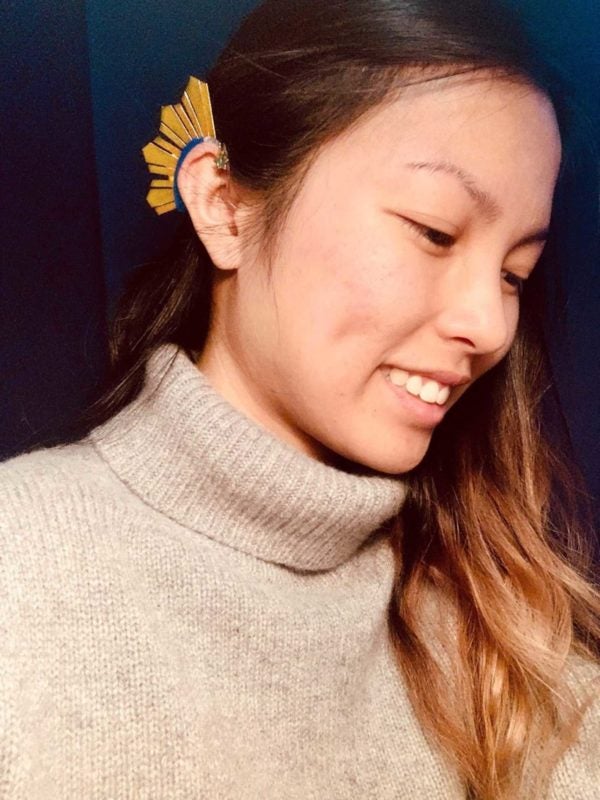 Ruzzelle Gasmen displays an ear cuff attached to her hearing aid inspired by the star on the flag of the Philippines. FACEBOOK

Ruzzelle Gasmen, who has hearing loss herself, says that living without hearing aids can be very isolating, as she sometimes hears words but they don’t make sense because some of the sounds are missing.

Gasmen saw an ear cuff worn by Catriona Gray, the Filipino winner of the Miss Universe pageant in 2018 and really wanted it. But she knew it wouldn’t work well with her hearing aid “because the metal would clink and it would impact my hearing,” she told CBC. 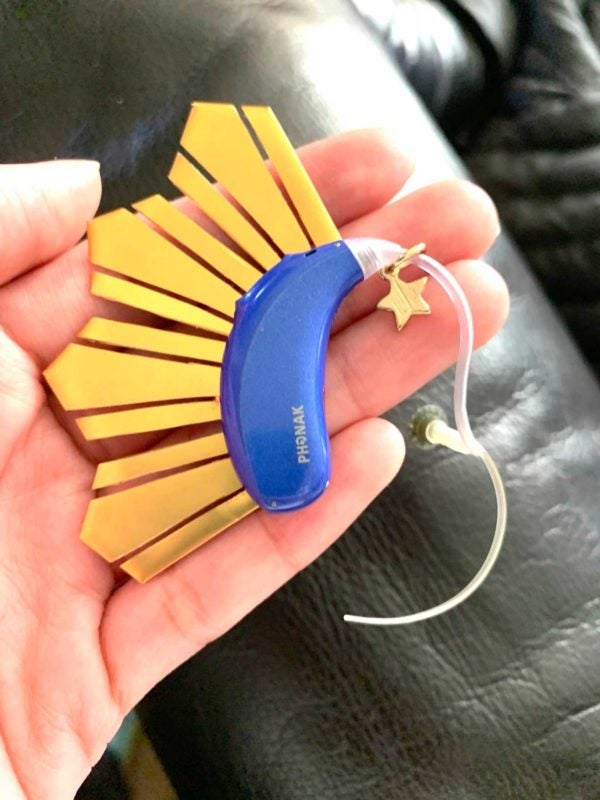 She decided to make an ear cuff for her hearing aid herself, with a design inspired by Filipino heritage, and it became one of her line’s most popular styles.

She also has a design based on the aswang, a supernatural creature from Filipino folklore.

Some 688,000 adults in British Columbia, are hearing impaired, according to Christopher Sutton, CEO of the Wavefront Centre, which provides support and services for the deaf and hard of hearing.

So, she is donating some of her sales proceeds to a Wavefront Centre program that provides refurbished hearing aids to people who can’t afford them.