More than 4,000 flight attendants so far dealt with unruly passengers this year

More than 4,000 flight attendants so far dealt with unruly passengers this year 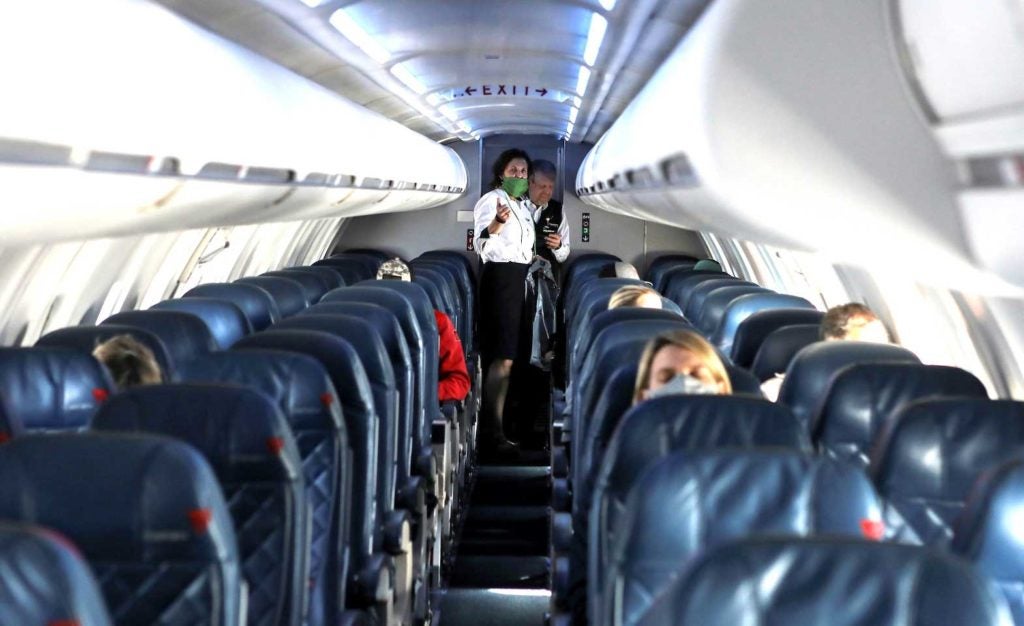 Flight attendants talk in a nearly empty cabin on a Delta Airlines flight operated by SkyWest Airlines as travel has cutback, amid concerns of the coronavirus disease (COVID-19), during a flight departing from Salt Lake City, Utah, U.S. April 11, 2020. REUTERS/Jim Urquhart

More than 4,000 U.S. flight attendants had to deal with unruly passengers in the first half of 2021, with one in five facing physical altercations, the Association of Flight Attendants-CWA said on Thursday.

The airline workers union cited results from its survey of 5,000 flight attendants across 30 airlines, the first of its kind, in which 85% of the respondents said they faced incidents ranging from shoving and trash throwing at flight crew to racist, sexist and homophobic slurs.

“This is not a ‘new normal’ we are willing to accept,’ said Sara Nelson, president of the U.S. aviation union.

Nearly three-fourths of the attendants who filed complaints with the airline management received no follow-up, and a majority did not observe efforts by their employers to address the rise in unruly passengers.

“I’ve been yelled at, cursed at, and threatened countless times in the last year and the most that has come out of it has been a temporary suspension of travel for the passenger,” the statement said quoting a flight attendant.

The union called on the Federal Aviation Administration and the Justice Department to make the “zero tolerance” policy permanent.