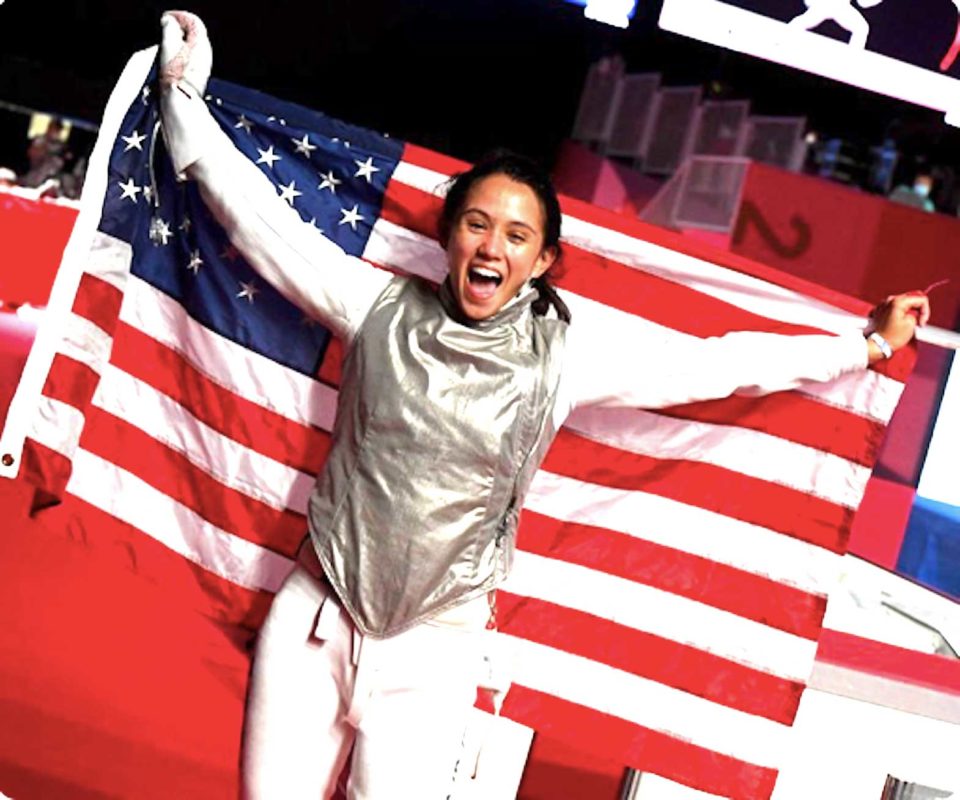 Kiefer grew up in Lexington, Kentucky. Her mother, Teresa (Oropilla), is a psychiatrist of Filipino descent, and her father, Steve, once captained the Duke University fencing team. She attended the University of Notre Dame, where she fenced for the Fighting Irish and graduated in 2017. She is now a medical student at the University of Kentucky.

Her sister is Harvard foil fencer and NCAA champion Alex Kiefer. Her younger brother, Axel, has fenced in a number of junior and cadet world cups, and also attends and fences foil for the University of Notre Dame as of 2015.

Lee and fellow US Olympic fencer Gerek Meinhardt dated since January 2012. They were engaged in January 2018, and married in September 2019.

Kiefer had to practice in her parents’ basement instead of her club when COVID-19 began.

“I was so confused,’’ telling USA Today Sport how she felt after her victory. “My coach was like sobbing in my arms. I was soaking it in but very much confused.’’ Her husband, Gerek, was with her throughout the day.  “Basically, it felt like he was out there fencing with me,’’ she said.

When Kiefer did not win an Olympic medal at the 2012 London Games and 2016 Rio Games, she thought her Olympic career was over. But the next year, she became the first American woman to earn the No. 1 world ranking in foil fencing, a boost towards the Tokyo Games.