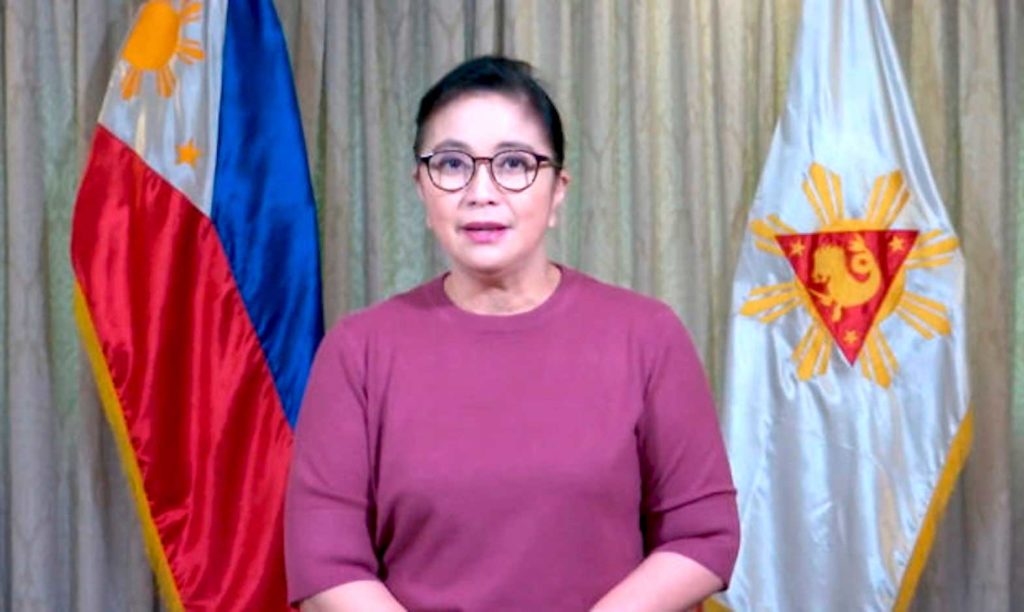 That’s what she’s been doing for the past five years. And that’s what makes her the strongest opposition candidate if she does decide to run for the presidency in 2022.

The other would-be contenders — Trillianes, Carpio, Poe, Pacquiao, et al — none of them have the advantages that Robredo has right now.

When asked what they were doing during the Duterte nightmare, they could say they were speaking out against the killings and the corruption. Robredo has also been doing that — but she’s been doing more.

As vice president, she was actually doing the work of a president at a time when the legitimate chief executive had abandoned his post. She organized a response to a deadly pandemic. She provided moral leadership at a time when Filipinos were reeling from one tragedy after another, when they were looking for reasons to be hopeful.

When the other contenders are asked: so what would you do as president? How would you lead a nation facing so many grave crises?

Each of the would-be presidentiables could give decent, eloquent, likely predictable responses. “I will work hard to unite people to confront our problems. … I will emphasize integrity and honesty in my administration. … I will be a dignified leader Filipinos could respect and admire.”

Leni Robredo has been doing all of that. In the face of brazen and shameless attacks from Duterte — “Mamatay ka na!” — and his supporters — “Leni lugaw! — she has led with poise and discipline, inspiring Filipinos at a time when people are looking for inspired leadership.

As I noted in a previous column, Leni Robredo has been acting president at a time when Duterte was making a mockery of the office.

If she decides to take on this challenge, Robredo would be running for a job she’s been doing since 2016.

Now, there is a big concern: Leni could lose.

She herself addressed this in a recent TV interview in which she noted her reportedly low poll number: “If you look at [my] 6 percent, can I say I could run? If I do run, how will this affect the result of the election? … We’d be having a different discussion if I was a sure win.”

“And you know, with the state of our party now, I don’t have the resources to launch a decent presidential run. So for me, before I make that decision, I want to be fully prepared. Not just for the work it entails—I think I’ve been ready for some time and I’ve long been preparing—but for the campaign itself. It will be difficult given the current political landscape.”

These are serious worries. But perhaps a Robredo candidacy should also be viewed through a different lens.

A popular fascist leader, capable of playing dirty, is a challenge. Now, his daughter, who has embraced his father’s political worldview and leadership style, is also eyeing the presidency.

There is a strong chance that if Robredo announces her candidacy, most, if not all, the serious opposition candidates would rally behind her and raising funds and resources for her campaign would not be as challenging as she anticipates. The dynamic would shift dramatically if she embraces her de facto frontrunner status.

Still, her campaign would face overwhelming challenges. But for Robredo, perhaps winning the election should not be the only goal.

A Robredo candidacy could also be an education and organizing push. It could be a movement based on a deep faith in the Filipino people — that they would respond to a campaign that highlights how the Dutertismo is destroying Philippine society, and they would join an organization working to restore decency and integrity in government.

It’s about playing the long game. And there are important lessons to be learned from another political battle 43 years ago against the Marcos dictatorship.

In 1978, Marcos, looking to legitimize his regime, announced elections for the Batasang Pambansa. He certainly had no intention of giving up or sharing power. Challenging his regime, which by then was already notorious for torturing, harassing and killing opponents, seemed like a stupid, dangerous idea.

But an opposition coalition, including imprisoned leaders like Ninoy Aquino, took on the challenge. That led to the creation of a new political party called Lakas ng Bayan, or Laban.

It’s been depressing to see what has happened to Laban which is now a divided, confused and discredited trapo organization under the control of Duterte. More than four decades ago, Laban was an impressive movement — a progressive coalition that included, not just traditional politicians, but also students, labor leaders, and human rights activists.

Challenging Marcos in 1978 was an uphill battle for Laban. And they knew it.

It was clear that Marcos was going to use every trick in the book to make sure that not one of Laban’s 21 candidates made it into the winner’s column.  And there is the other challenge that Marcos enjoyed a certain degree of support during the early years of dictatorship.

But for Laban and the activists of that time, the fight was worth it.

This became evident on April 6, 1978 when Laban held a metro-wide noise rally which was a resounding success.

Laban lost. That was not a surprise. They had no chance in a rigged Marcos-sponsored election. After the elections, many Laban leaders and activists were imprisoned and hounded by the Marcos security forces.

But the gamble paid off. The campaign was a turning point, the spark that led to a stronger, more robust, more committed movement against dictatorship. It inspired a new generation of young Filipinos who became involved in the long, arduous process of eventually dismantling the regime.

Such a movement is badly needed again today as the Philippines endures another dark chapter under another fascist leader. But it can only work if it is led by a credible leader, a political figure who has already demonstrated the importance of dignified, committed leadership, who has shown an ability to inspire young Filipinos.