Once more with pride, the TOFA awards

Once more with pride, the TOFA awards 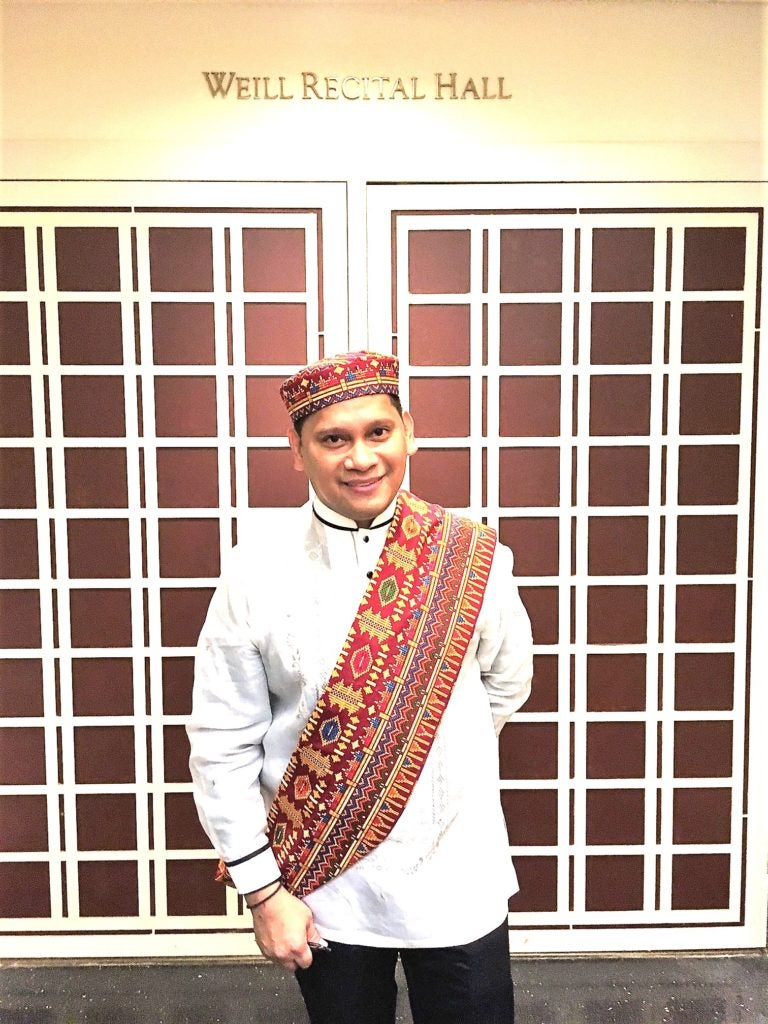 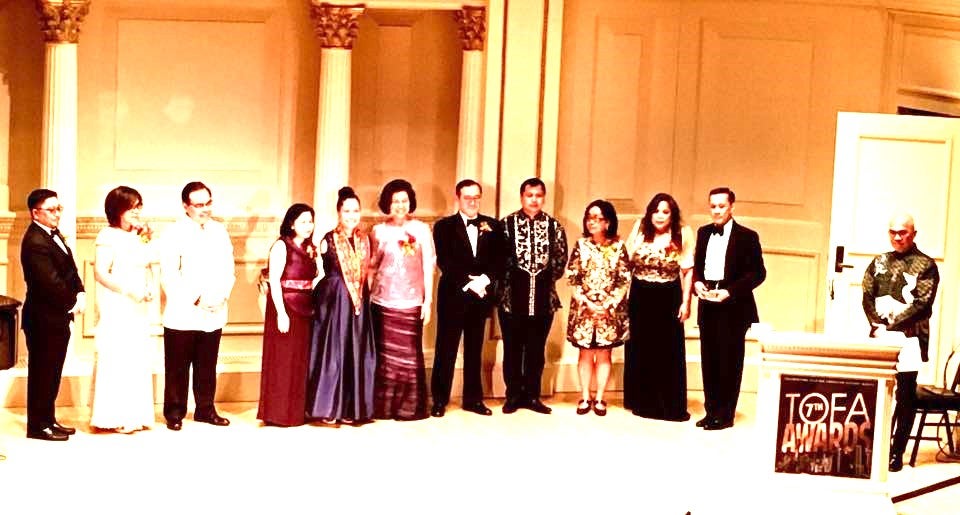 NEW YORK – To much acclaim Filipino American luminaries and achievers across America shone at the recently concluded The Outstanding Filipinos in America (TOFA) awards at Carnegie Hall.

Founded by INQUIRER.net US correspondent Elton Lugay, TOFA is now on its seventh year, capping the celebration of Filipino American History Month.

Since its inception, TOFA has showcased achievers in diverse fields from the arts, theatre, culinary and fashion design, to socio-political concerns, gender equality, healthcare and professional fields. Its past roster of awardees “reads like an honor roll of Filipino and Filipino American achievers … full of pride, full of empathy,” commended Philippine Consul General to New York Theresa Dizon De Vega.

New York State Governor Andrew Cuomo, represented by Gil Quinones stated, “The Empire State is privileged to host this wonderful event which brings together many remarkable individuals who have earned distinction through their impressive pursuits.” 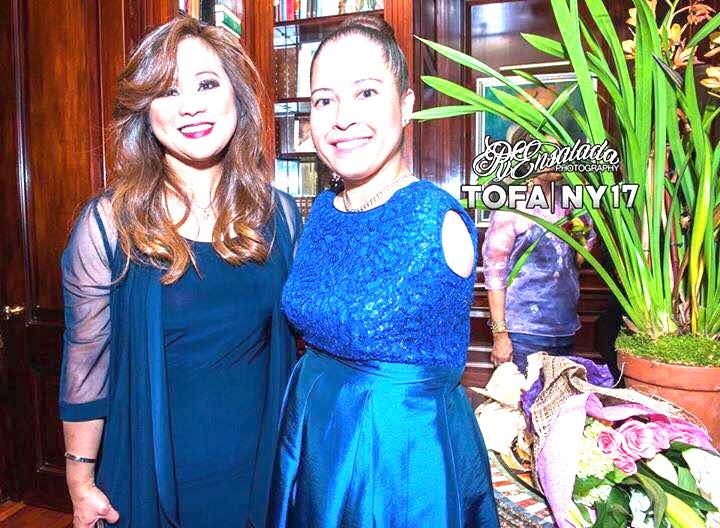 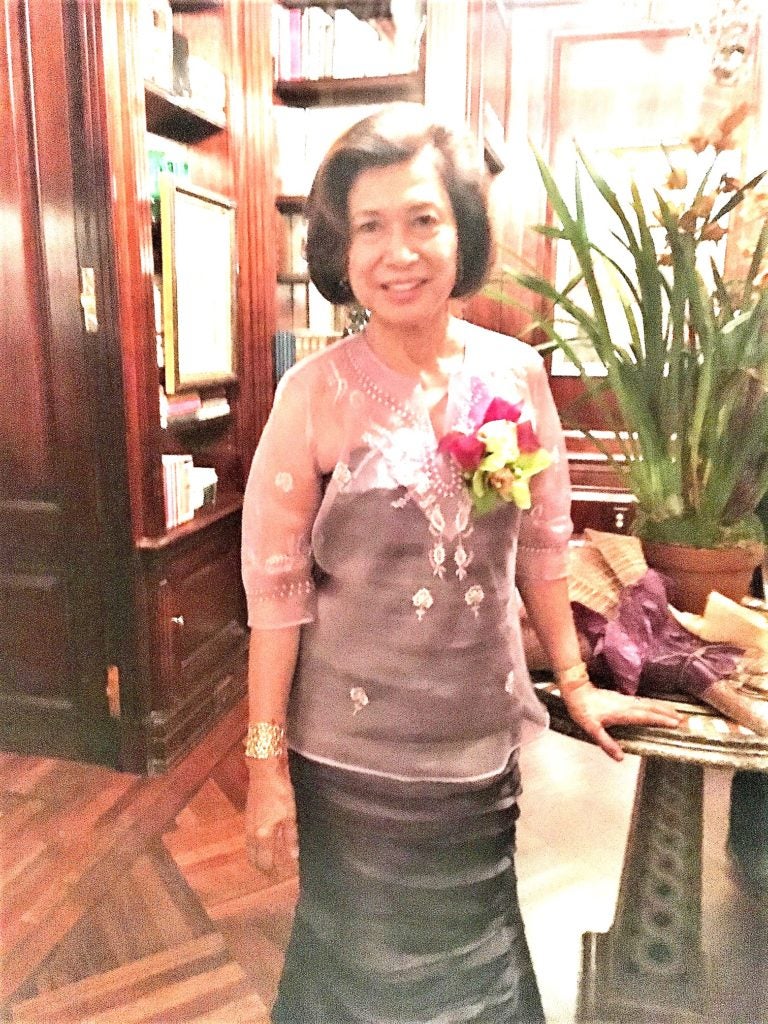 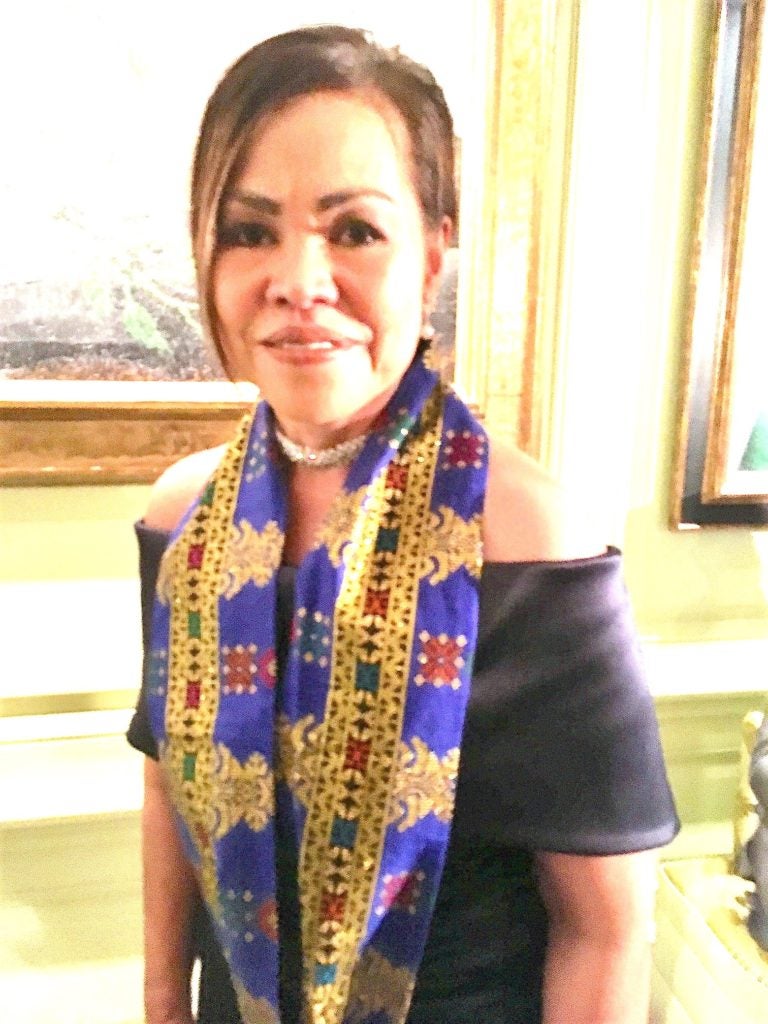 Staunch supporter Loida Nicolas Lewis (left), herself an outstanding achiever and advocate for Filipinos, with guest White House Chef Cris Comerford at her Manhattan residence, where the after party took place. INQUIRER/Carol Tanjutco

Philanthropist Loida Nicolas Lewis has been supporting the event for all the past years; she hosted the after party and welcomed the community to her residence in Manhattan. In her inspirational talk, she described the achievers thus, “They learn from the mistakes and rise up again. They believe in the mission, and they move forward again.”  She concluded, “Everything will be alright in the end. If it’s not alright, it’s not the end.”

The awardees, noted for their outstanding achievements in their chosen fields, are:

Cris Comerford, the White House Executive Chef who assumed her position since 2005, she has been cooking for three U.S. presidents: George W. Bush, Barack Obama and Donald Trump.  She was recruited by former Chef Walter Scheib III in 1995 to work in the Clinton White House, until Scheib resigned in 2005 and she was then appointed by first lady Laura Bush to take over.

Assemblyman Rob Bonta, elected to the California State Assembly’s 18th District in 2012, he is the first and only Filipino American Legislator in the 165-year history of California. His father was active in the Civil Rights Movement and stood with Dr. Martin Luther King.

Jessica Cox, the world’s first licensed armless pilot, as well as the first armless black belt in the American Taekwondo Association. Born in Arizona, she lost her limbs due to a rare birth defect. She uses her feet as she moves around, driving her car, typing on a keyboard or pumping her own gas. Jessica stood out undeniably as a motivational speaker in 20 different countries, with her book “Disarm Your Limits.”

Jon Jon Briones, Broadway musical actor who joined the cast of “Miss Saigon” in 2014, and was nominated for Laurence Olivier Award for Best Actor in a Musical, the following year. He is well known for his role as The Engineer in Miss Saigon’s productions in the US, London, Philippines and Germany.

Hazel Sanchez, an anchor for CBS New York. She won accolades for several documentaries she produced, including a Midwest Emmy Award, a CINE Golden Eagle award, from Wisconsin Broadcast Association, and an award for hosting an emotional documentary about battling anorexia nervosa, entitled “The Discovery of Dawn.”

Jason Tengco, the executive director of the National Federation of Filipino American Association (NaFFAA), best noted for his post as outreach director for the Asian American & Pacific Islander (AAPI) community for the Hillary Clinton presidential campaign. He worked at the White House AAPI initiatives since 2015.

Christina Laskowski, president of STAC Silicon Valley, a non-profit focused on tech-driven entrepreneurship. STAC serves as a bridge between Silicon Valley, Southeast Asia and Philippines. In 2010, STAC presented a strategic plan to the Philippine president that outlined the blueprint for a tech-focused entrepreneurial ecosystem in the country.

Rocky Gathercole, an inspiring saga of a homeless kid who became a celebrity designer to Katy Perry, Lady Gaga and Ariana Grande. He dropped out of school at age 14 and found himself working in Saudi Arabia, where his employer sent him to a design school.  His big break came when Mexican actress Thalia commissioned him to design her gown in a come-back concert.

Ana Julaton, also nicknamed “The Hurricane,” is a boxer and mixed martial artist, the first to win the Women’s WBO Super Bantamweight and IBA Bantamweight titles. In 2007 she was ranked  second among all female amateur boxers in the U.S. and took part in the women’s boxing segment of the 2008 Beijing Olympics. She has a black belt in Bok Fu and in taekwondo.

Dr. Noel Fajardo, an advocate for prevention of colorectal cancer, he opened the first independent endoscopy center at Clark County, Las Vegas Gastroenterology. He specialized in gastroenterology and hepatology at the Mayo Clinic College of Medicine in Rochester, Minnesota.

Amable Yalong, the creative designer behind Y2 Collection luxury line for men, featured in the New York Fashion Week in February 2015. He obtained his product development major at Fashion Institute Technology and worked as merchandise planner for top retail brands such as John Hardy and Coach.

Sir Francis Sison, the USA regional commander and a lifetime member of the Knights of Rizal, an organization whose members are seeking to propagate the life and teachings of Philippine national hero, Dr. Jose P. Rizal.

Filbert Kung, a photographer, whose style as a “radical image maker” is behind advertising campaigns for clothing and other brands. He created the emblematic images for Miss Universe, among other pageant organizers.

Bing Branigin, an advocate for veteran benefits, she was involved in the efforts to get the U.S. Congress to pass The Filipino Veteran of WWII Congressional Gold Medal Act of 2015. She is the representative of Philippine National Red Cross for Washington, D.C. and has led fundraising efforts for typhoon stricken victims.