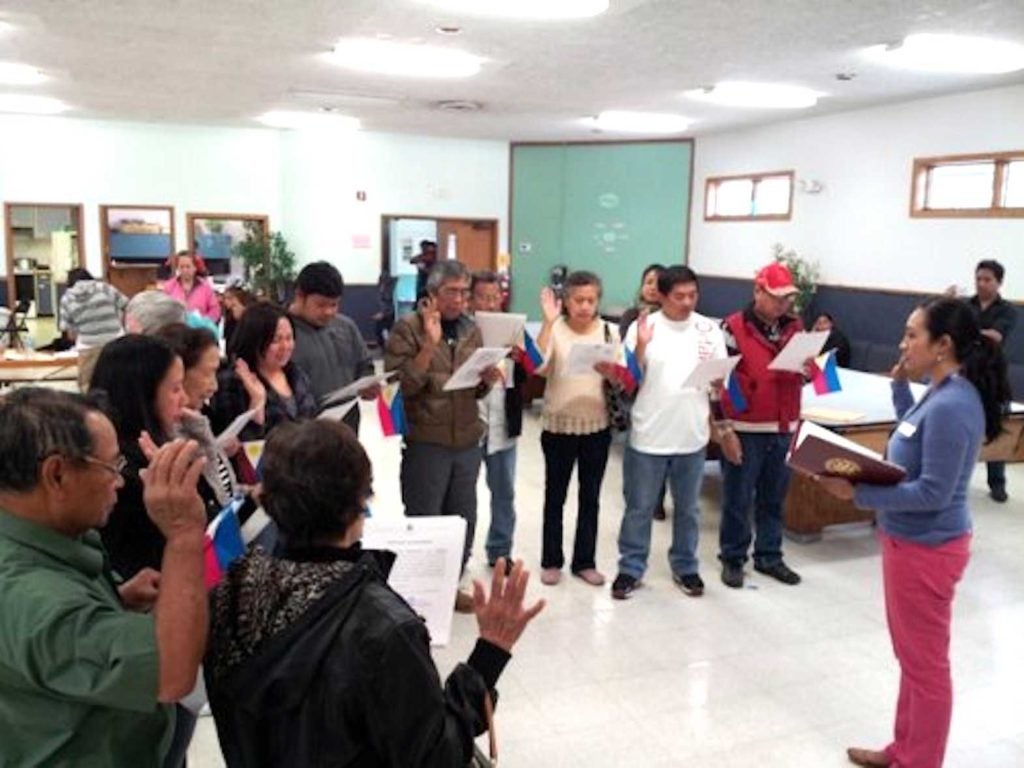 SAN FRANCISCO – Hundreds of Filipinos and Filipino Americans received consular and overseas voting registration services during the Philippine Consulate in San Francisco’s outreach on July 8-9 in Juneau and on July 11-12 in Fairbanks, Alaska.

Outreach results showthat 544 individuals were able to renew their passports, 224 reacquired their Filipino citizenship under Republic Act 9225, 40 people had their documents legalized, 38 registered their own or their families’ vital events, and 219 registered for Overseas Absentee Voting (OAV).

The outreach in Juneau, held at the Centennial Hall along Egan Drive, was the first to be undertaken in Alaska since the pandemic began and the second to be conducted by the Consulate this year, after the outreach in Denver, Colorado on June 1-8.

The Fairbanks outreach, which was held at the Civic Center in Pioneer Park, was the third outreach to be undertaken by the Consulate this year.

The team was able to provide services not only to Filipinos and Filipino Americans in Juneau and Fairbanks, but also to those residing in the far reaches of Alaska, such as Ketchikan, Sitka, North Pole, Unalaska, Anchorage, Dutch Harbor, Barrow, Kodiak, Utqiagvik, and Eagle River.

With the outreach services, these Filipinos and Fil-Ams were spared from traveling hundreds of miles to San Francisco to obtain much needed services and the expenses involved.

Filipino American leaders and volunteers in Juneau and Fairbanks assisted the team in the conduct of the outreach services. In Juneau, PH Honorary Consul to Alaska Rebecca Carrillo and the Filipino Community, Inc. (FCI) headed by Edric Carrillo, worked hand-in-hand to provide the team with its needs. A total of 40 volunteers rendered services during the Juneau outreach.

In Fairbanks, the Filipino American Society of Fairbanks led by Jeff Anderson and Fil-Am leader Betsy Engle marshaled the support of about 30 volunteers to ensure that the team was provided assistance in its consular outreach activities.