Swiftly rising coronavirus cases across the United States and abroad fueled fears of a pandemic resurgence on Monday and sent shockwaves through stock markets as the highly contagious Delta variant appeared to be taking hold.

Many of the new outbreaks were in parts of the country where COVID-19 vaccinations have lagged, prompting political leaders to ramp up pressure on reluctant Americans to get the inoculations.

President Joe Biden, citing higher rates of COVID-19 in states with low vaccination rates, said during a speech that the nation’s economic recovery hinged on getting better at controlling the pandemic.

A federal judge on Monday ruled that Indiana University could require students to be vaccinated, rejecting claims in a lawsuit the mandate violated their rights under the U.S. Constitution. 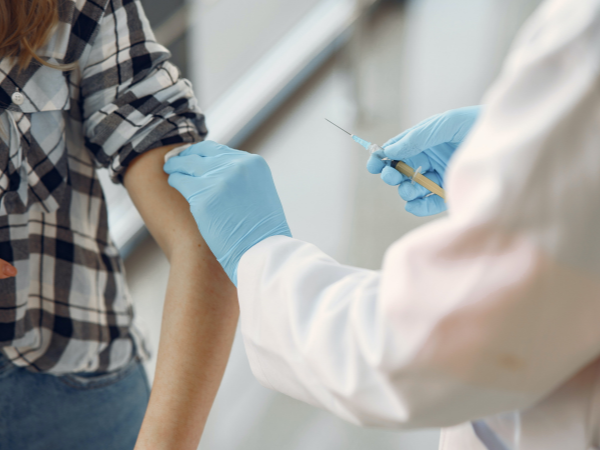 The ruling could set a precedent for similar vaccination orders in schools and businesses. Attorneys for the plaintiffs have said they would appeal to a higher court.

Also on Monday, Canadian Prime Minister Justin Trudeau said fully vaccinated Americans could cross the border for the first time in 16-months from Aug. 9, easing a travel ban that many business owners complained was crippling them.

Vaccines and especially mandatory shots are deeply controversial among conservatives.

The average number of daily new COVID-19 cases in the United States has tripled in the past 30 days, according to an analysis of Reuters data, climbing to 32,136 on Sunday.

The average number of people hospitalized with COVID-19 has also risen 21% over the past 30 days to over 19,000, according to the same Reuters analysis. Deaths, which can lag behind other indicators, rose 25% last week to an average of 250 per day.

Wall Street saw a broad selloff of stocks as investors worried that the latest outbreaks could prompt state and local officials to impose new lockdowns and business closures.

Millions of Americans were thrown out of work and many small businesses were forced out of business due to nationwide clampdowns during 2020.

New York City Mayor Bill de Blasio told a news conference on Monday that the city had no plans to reimpose mask mandates despite a rise in cases. The mayor said he would redouble vaccination efforts.

Arkansas has been especially hard hit by the resurgent virus. All but two of the state’s 75 counties have substantial or high levels of transmission, according to the U.S. Centers for Disease Control and Prevention (CDC).

To combat the rising infections, the county has enlisted faith leaders and doctors to persuade the roughly 40% of eligible people who are not fully vaccinated to accept the shots, she said.

The American Academy of Pediatrics on Monday released updated recommendations for schools that included mask-wearing for everyone over the age of 2, regardless of vaccination status.

Earlier this month, the CDC updated its own guidance for schools in an effort to help reopen in the fall, recommending masks indoors for everyone not fully vaccinated, among other guidelines.