NEW YORK— “I left the room after my speech; I had to cry.” Avant-garde fashion designer Rocky Gathercole was heard saying to friends after the TOFA Awards at Carnegie Hall where he was among the 15 The Outstanding Filipinos in America for 2017.

Accepting the award, Gathercole said he couldn’t believe he would one day be “standing on stage not only in any stage but in New York, the greatest city in the world.” He paused as he fought back tears.

Now on its seventh year, TOFA honors organizations and individuals who have raised the profile of Filipino Americans through their sterling achievements. On October 28, they shared their stories of hope and perseverance in pursuit of the American Dream. 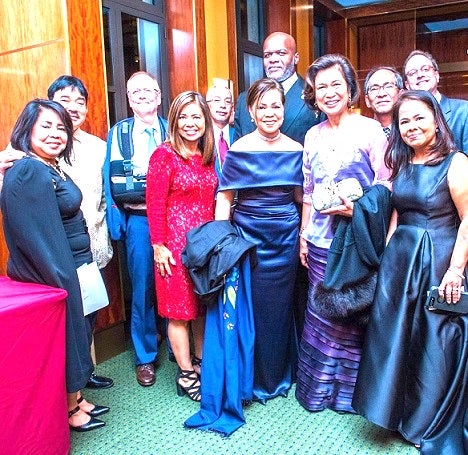 Guest speaker Loida Nicolas Lewis (second from right) met the “big  family” of Heritage Award winner Cris Pasia Comerford. The White House executive chef has 10 other siblings, many of them came to NYC to support her. CONTRIBUTED

Broadcast journalist Hazel Sanchez dedicated her award to her parents, Dr. Manuel and Carlota Sanchez. “Both born and raised in the Philippines with little privilege, they made their dreams to raise a family here in the United States a reality. Their strength of character; hard work, resilience, determination and pride, is what makes me who I am today,” said Hazel, who has been with CBS for 17 years.

Theater actor Jon Jon Briones, known for his Engineer role in “Miss Saigon,” said he “came from a family with limited means, but my mom and dad taught me and my siblings hard work, pride, perseverance and gratitude which helped me in the career that I’ve chosen, a career in acting.”

Fashion photographer Filbert Kung shared how he moved to New York without any concrete plan. “I faced several challenges on my way here, but I never regretted that decision, it strengthened me to be the person I am today.”

Silicon Valley entrepreneur Christina Laskowski acknowledged the four very important people in her life — her Lola Felina Solon, her mother Thelma Rodriguez, her sister Marites and her father Pepe Rodriguez – for their guidance and love. 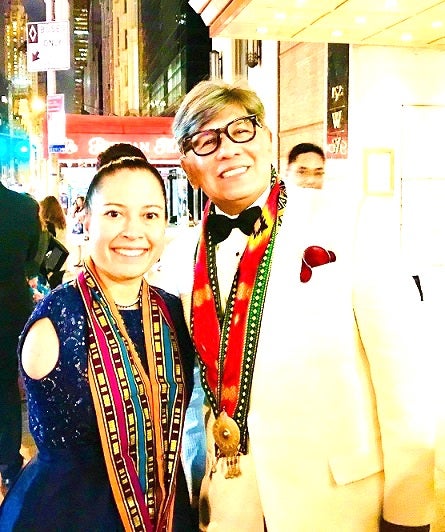 Awardees both: Sir Francis Sison of the Knights of Rizal and licensed pilot and motivational speaker Jessica Cox who was born without arms because of a birth defect. CONTRIBUTED

Previous TOFA awardee, TV producer Katherine Creag, paid tribute to her recently deceased Uncle Amado, who petitioned her father so that his entire family could come to the U.S. “First my mom, then me.” More importantly, her uncle offered his home until her dad was able to live independently on his own.

Mixed martial artist and professional boxer Ana Julaton recited a quote from writer Carlos Bulosan about how he felt like a “criminal running away from a crime I did not commit” just because he was a Filipino in America. She said, “If Carlos Bulosan was here, he would be proud to see the strength of the Filipinos in America…how we as a community have preserved our heritage through adversity and will continue our awareness of what it means to be Filipino.”

Community advocate from Washington, D.C. Bing Branigin dedicated her award to all the manongs and manangs and to World War II veterans “who have made it possible, with their achievements and sacrifice, to be where we are today.” At the same time, she urged the next generation FilAms to continue the work of their elders “one issue at a time.” 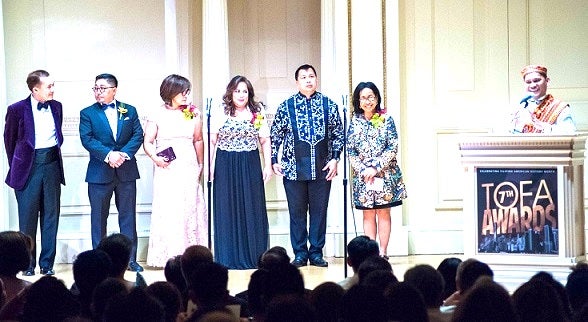 Through her TOFA Heritage Award, Cris Comerford, who is the first woman, first Asian White House executive chef, honored her mother for developing in her a love for cooking.

“It does not matter who you are, where you came from, what time of the day it is,” Comerford recalled, “Nana Pate, as she was lovingly known, can whip up anything, and believe me, they were always delicious and memorable. It is through her sharing of herself, to anyone at any time that I have learned growing up that God’s gifts of talent to all are meant to be shared and not hidden, meant to be tasted and celebrated!”

Assembly Member Rob Bonta – the first Fil-Am state legislator in California history — said he is proud to have “spoken up and out” for the community, making sure Fil-Am history is taught in California’s public schools, and being part of the effort to establish every October 25th in California as Larry Itliong Day. The date honors the labor leader, who was among the Latino and Filipino union organizers, who led the Delano Grape Strike of the 1960s.

Business owner Amable Yalong of Y2 Collection For Men, thanked his wife, Paula, for being his rock and motivator. “She taught me patience and said great things take time. She reminded me that success comes with failure and not to be afraid to fail but be afraid not to try.” 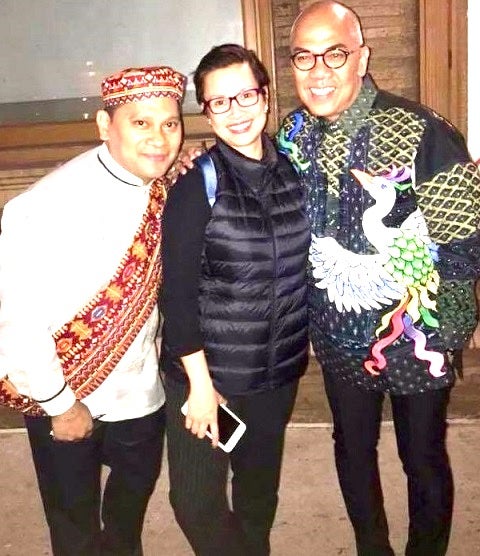 NaFFAA’s youngest and first openly gay executive director, Jason Tengco, thanked his mother, who was in the audience, and his partner, Allen, “for providing the love and support needed to help sustain” his advocacy work.

Las Vegas Doctor Noel Fajardo, a champion for color cancer education, spoke of the need to “overcome the power of hate, fear and grief” in light of the October 1 mass shooting at a Vegas concert where 58 people died and more than 500 others were injured. 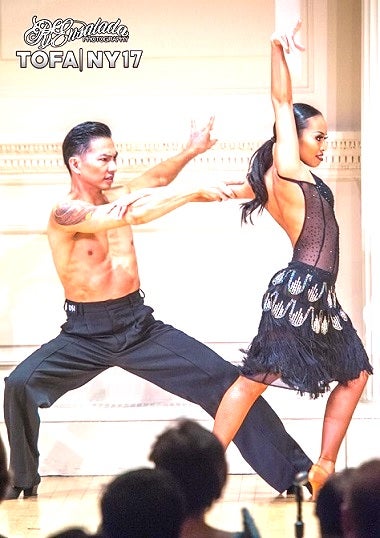 Francis Sison, who is the regional commander of the Knights of Rizal USA, pledged to “aspire to provide opportunities for our people to come together and be an instrument for higher cause.”

For her part, women empowerment honoree Sylvia Labial Buhian, urged women not to allow themselves to be “maliciously used, overused and abused,” and for women to be an inspiration to others.

The night’s keynote speakers offered their praise to all the awardees. TOFA founder Elton Lugay said this year’s crop of honorees are the “new beacons of Filipino pride.” 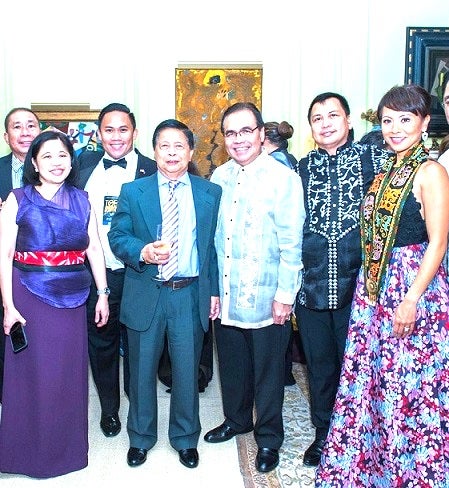 CEO and philanthropist Loida Nicolas Lewis said all the awardees share a common trait: They are all positive thinkers. “They have the ‘can do’ spirit. When they encounter reversal of fortune, disappointments, treachery, loss of position, defeat in their venture, they would be stunned or depressed. It is human nature to stop and lick one’s wounds. But they do not stay defeated. They learn from their mistakes and they rise up again.”

Consul General Tess Dizon-De Vega, who is marking her first year of attendance, said TOFA is like an “honor roll of Filipino American and Filipino achievers.” It’s time, she said, for the community to “level up” or to aspire for greater participation in public life in tangible ways, such as becoming members of the city, state or federal governments. She ended by quoting the brave words of the First Quarter Storm activists in the Philippines, “If not now, when?”