U.S. President Joe Biden has frustrated allies by keeping in place a Trump-era border expulsion policy opposed by human rights activists and health experts, and has appeared to gain little politically as Republicans criticize his handling of the border.

The so-called Title 42 order has allowed U.S. officials to immediately expel migrants who cross the border illegally. The Biden administration is now aiming to exempt families from the policy at the end of July after defending it for months as necessary to help stop the spread of COVID-19 across the southern border, according to three people familiar with the matter.

Human rights groups and migration advocates have cheered the potential move, but some say the Democratic president made a politically costly mistake in keeping it in place for so long. They argue that it has done little to deter hundreds of thousands of migrants, nor has it insulated him from Republican attacks that his policies have fueled a spike in migration from Central America.

“No matter what President Biden does at the border, many will criticize him for it,” said Aaron Reichlin-Melnick, policy counsel at the immigrant advocacy group American Immigration Council, who has called for an end to Title 42. “So he should just do the right thing and take the action that respects the law and allows people to seek protection.

The Title 42 order has also given Republican critics ammunition, as it helped inflate the number of arrests to 20-year highs in recent months. Because many migrants are simply expelled to Mexico and not deported to their home countries, one person can be arrested repeatedly for multiple crossings, making it appear more people are crossing the border than is the case. 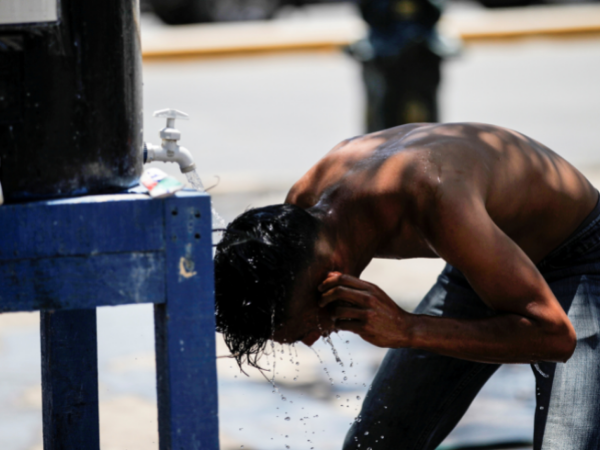 An asylum-seeking migrant youth, who was apprehended with their parents and returned to Mexico under Title 42 after crossing the border from Mexico into the U.S., bathes in a public square where hundreds of migrants live in tents, in Reynosa, Mexico June 9, 2021. REUTERS/Daniel Becerril/File Photo

Crucially, keeping the policy in place has also cost Biden much-needed support among migrant advocacy groups who traditionally play a key role in providing legal representation and basic services to recently arrived migrants and whose members have worked closely with the Biden administration.

“If they had lifted Title 42 right away, there would have been a lot more reason to trust they would settle on a principled and generous approach,” she said.

The groups have added to the Republican pressure on Biden by publicly opposing some of the options the administration is reportedly considering to replace Title 42, such as using ankle bracelets to monitor migrants’ movements or putting migrants through an expedited process to obtain asylum or be deported.

While Biden came into office promising a more humane immigration system he has repeatedly found that unwinding the web of restrictionist policies of his predecessor Donald Trump has been logistically and politically difficult.

Underpinning the administration’s decision to keep Title 42 has been a fear that lifting the restrictions could encourage even more migrants from Central America and elsewhere to come to the border, potentially undermining public support for Biden’s broader immigration agenda.

A White House spokesperson defended the administration’s decision to continue the border expulsions.

“We are still in the midst of a global pandemic and there are many people coming to our border who come from high transmission countries,” the spokesperson said. “Because we have to process people in congregate settings, we are still working under COVID protocols that restrict the number of people in our facilities.”

Biden officials stress that they have made humanitarian exceptions to Title 42, allowing unaccompanied migrant children and many families to enter the United States to pursue their cases for asylum or other forms of protection.

But the administration has appeared increasingly isolated in its determination to hold onto the policy, which human rights groups and the United Nations High Commissioner for Refugees say has led to expelled migrants facing violence and kidnappings in northern Mexico.

One prominent Biden ally who previously defended the administration’s decision to keep Title 42 has reversed course.

Andrew Selee, president of the Migration Policy Institute, a Washington-based think tank, tweeted in February that keeping Title 42 in place while reworking the asylum system and immigration enforcement would help avoid an increase in migration.

Selee told Reuters he has now changed mind and believes its effectiveness as a deterrent is questionable, as border arrests have climbed in recent months.

“It doesn’t make sense to keep it in place if it’s not actually deterring migration,” said Selee, who briefed Vice President Kamala Harris on migration issues in April. “My hope was that they would buy some time to build a real functioning system at the border. But that didn’t quite happen.”

The Biden administration is considering ending Title 42 for families by the end of July, according to those familiar with the deliberations, but this is unlikely to placate migrant advocates and Democratic lawmakers.

If the administration ends Title 42, it could be faced with the choice of either releasing the migrants into the United States to pursue their immigration cases, which can take years to resolve at the current pace, or placing them in detention.

If Biden ramps up deportation and detention – which are opposed by advocates and some Democrats – he could alienate allies who have assisted with the processing of asylum seekers at the border and supported other parts of his more welcoming approach to immigration.

More than 100 immigrant advocacy organizations said in a June letter that the possible use of ankle monitors, expanded detention and a faster deportation process known as “expedited removal” to deal with incoming migrants would be both inhumane and ineffective.