The U.S. Supreme Court on Thursday ruled in favor of two conservative groups that challenged a California requirement that tax-exempt charities provide the state the identities of their top financial donors in a decision that also could imperil some political donor disclosure laws.

The justices, in a 6-3 ruling, sided with the two nonprofit groups – the Americans for Prosperity Foundation and the Thomas More Law Center – in finding that the California attorney general’s policy, in place for the past decade, violates the U.S. Constitution’s First Amendment guarantees of freedom of speech and association.

The court’s six conservatives were in the majority, with its three liberal members dissenting.

Democratic-governed California, the most populous U.S. state, has said the donor information is required as part of the state attorney general’s duty to prevent charitable fraud.

“We are left to conclude that the Attorney General’s disclosure requirement imposes a widespread burden on donors’ associational rights,” Chief Justice John Roberts wrote in the ruling.

The state’s interest in “amassing sensitive information for its own convenience is weak,” Roberts added. 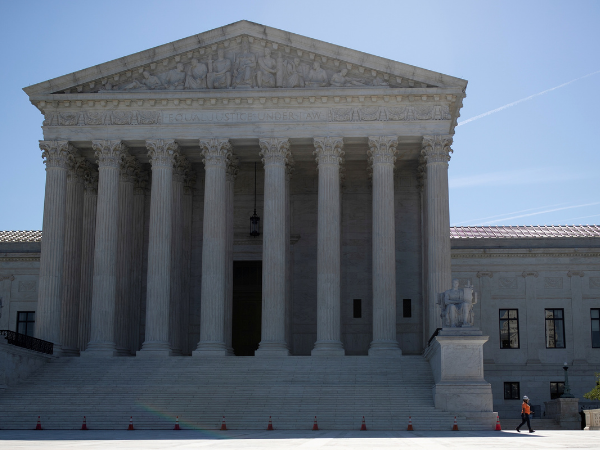 The decision could make it easier for groups to withhold donor identities in other contexts, allowing for the entrenchment of untraceable “dark money” political donations.

The Supreme Court in the past has been hostile to political campaign finance restrictions – it ruled in 2010 that corporations and other outside groups could spend unlimited funds in elections – but has upheld disclosure requirements.

Liberal Justice Sonia Sotomayor wrote in a dissenting opinion that the court has reversed its previous approach.

“Today’s analysis marks reporting and disclosure requirements with a bull’s-eye. Regulated entities who wish to avoid their obligations can do so by vaguely waving toward First Amendment ‘privacy concerns,'” Sotomayor wrote.

Sotomayor said the court had struck down the requirement even with no evidence that the donors would face any negative consequences if their identities became public, including the prospect of facing threats or reprisals as the groups had argued.

Rick Hasen, an election law expert at the University of California, Irvine School of Law, wrote on his blog that as a result of the ruling “it will be much harder to sustain campaign finance disclosure laws going forward.”

The decision was issued on the last day of rulings for the court’s current nine-month term. In the day’s other ruling, the justices made it easier for states to enact voting restrictions, endorsing two Republican-backed measures in Arizona.

The two groups that challenged California’s mandate were backed by an array of nonprofit organizations spanning the ideological spectrum. Liberal groups, including the American Civil Liberties Union, had urged a narrower ruling in favor of the challengers.

California requires that charities provide a copy of the tax form they file with the U.S. Internal Revenue Service that lists donors who contribute big amounts of money. Larger groups must disclose donors who contribute $200,000 or more in any year. That information is not posted online and is kept confidential but some has been disclosed in the past.

The San Francisco-based 9th U.S. Circuit Court of Appeals in 2018 reversed a federal judge’s ruling in favor of the groups, prompting the appeal to the Supreme Court, which heard arguments in March.

Some congressional Democrats had called for conservative Justice Amy Coney Barrett, who was part of the majority in the ruling, not to participate in the case because Americans for Prosperity spent money last year in support of her Senate confirmation to the court.