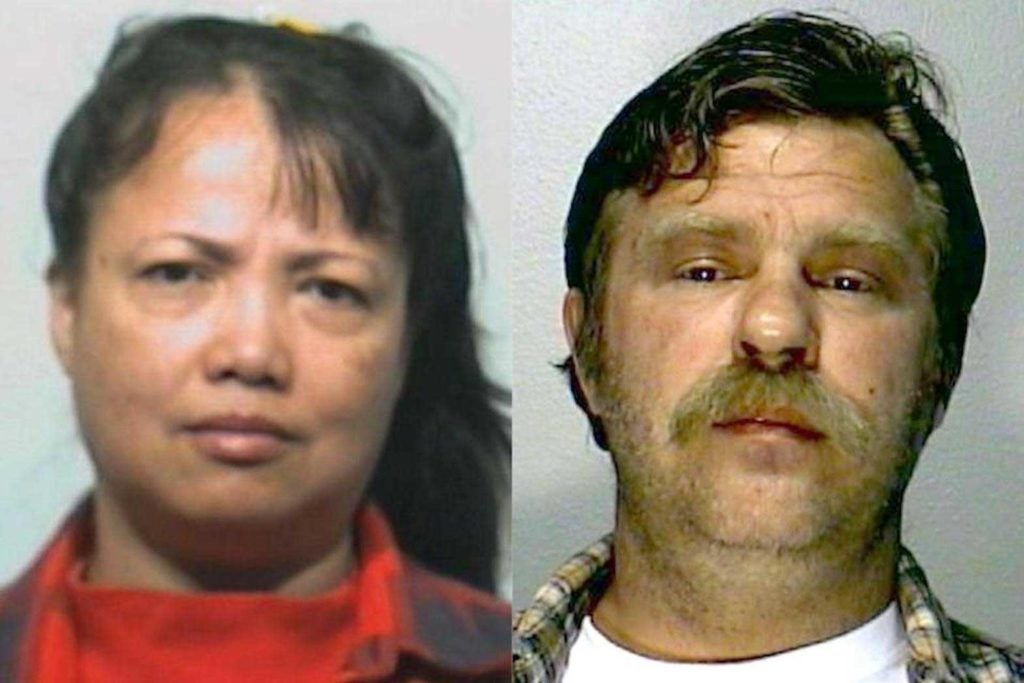 Rosalina Mendoza and Manthie are in prison for life without parole for her husband’s murder. SEATTLE PD

A Filipina in Seattle is spending the rest of her life in prison without the possibility of parole for murdering her husband.

Rosalina Misina Mendoza in 1983 was convicted of first-degree murder in the death of her husband, William “Bill” Edmondson, a U.S. Navy serviceman.

Also convicted, of aggravated first-degree murder in 1982 was her ex-husband Richard Manthie, who was sentenced to life to without parole, according to court documents.

Mendoza was accused of getting Manthie drunk so would kill Edmonson, according to a lengthy account on Oxygen.com and the streamed program “Snapped.”

Manthie was staying at Mendoza’s property on Long Lake Road since getting out of prison for theft. Mendoza had petitioned for his parole, claiming to still be his wife, and paid for his plane ticket to the area, according to court documents

Manthie said that on the night of the murder, Mendoza gave him a case of beer, knowing he got violent when he was drunk. Hours later, she showed up with Edmonson and introduced him as her new husband.

Manthie brutally attacked and seriously injured Edmondson. Edmonson then told Mendoza that he was going to change his insurance policy and take her off as a beneficiary.

This set her off and she told Manthie to kill Edmonson. He shot Edmonson in the head and they dumped his body in the woods where it was found by authorities.

Investigators became suspicious of Mendoza due to discrepancies in her alibi. They then found Edmonson’s diary in his naval base locker room. In it, he stated that he feared Mendoza would kill him.

A week after taking out a life insurance policy worth $150,000, with Mendoza as his beneficiary, he was taken to the hospital for severe allergic reactions to some over-the-counter pills. He nearly died. He remembered waking up in the middle of the night and Mendoza was sitting on his chest pushing Tylenol pills down his throat.

Rosalina Mendoza was born in the Philippines, but her parents died when she was a year old. She grew up in orphanages, foster families, and with relatives.

She a met a visiting American serviceman and came to Seattle in 1977 on a fiancé visa. The marriage didn’t happen and she faced deportation. But she met a Filipino who became a U.S. citizen when he was in the Navy. She married him when she 23 and he was 76 old. He died of a heart attack shortly after the wedding.

Mendoza in 1980 became the caretaker of a man whose health was failing. He made her his sole beneficiary, leaving her a house when he died two months later.

Mendoza then married Richard Wayne Manthie, an ex-Marine, but Manthie was physically abusive and she later divorced him. Manthie would later serve time in Montana State Prison for theft.

Mendoza then met and married the murder victim, Edmonson.