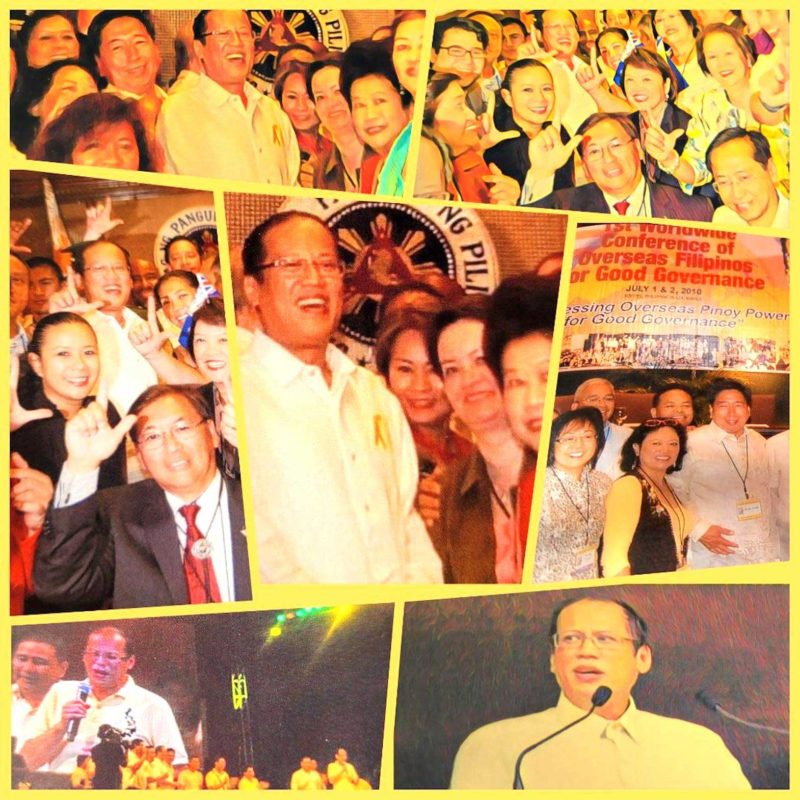 The late president and his immediate family stayed in Boston during the Marcos years, until his father, Senator Benigno “Ninoy” Aquino, was assassinated in Manila in 1983. Also, the younger Aquino’s first foreign trip as president was to the U.S., in September 2010, barely five months after he took office.

“In politics, we had major differences, but he was always willing to listen. Whenever I needed to contact him, even though he was busy with affairs of state, he would always respond and for that I will always be grateful,” Kashiwahara remembers.

“He continued the return of Philippine democracy started by his father, Ninoy, and nurtured by his mother, Cory. And for that the country will be eternally grateful.”

‘Standing up to China’

U.S. Filipinos for Good Governance leader Atty. Rodel Rodis offered deep condolences to former President Benigno Aquino III’s loved ones and recalls that his group’s precursor was the US Pinoys for NoyMar (Aquino-Mar Roxas tandem), formed in August of 2009 after the death of former Pres. Cory Aquino, which sparked PNoy’s presidential bid. 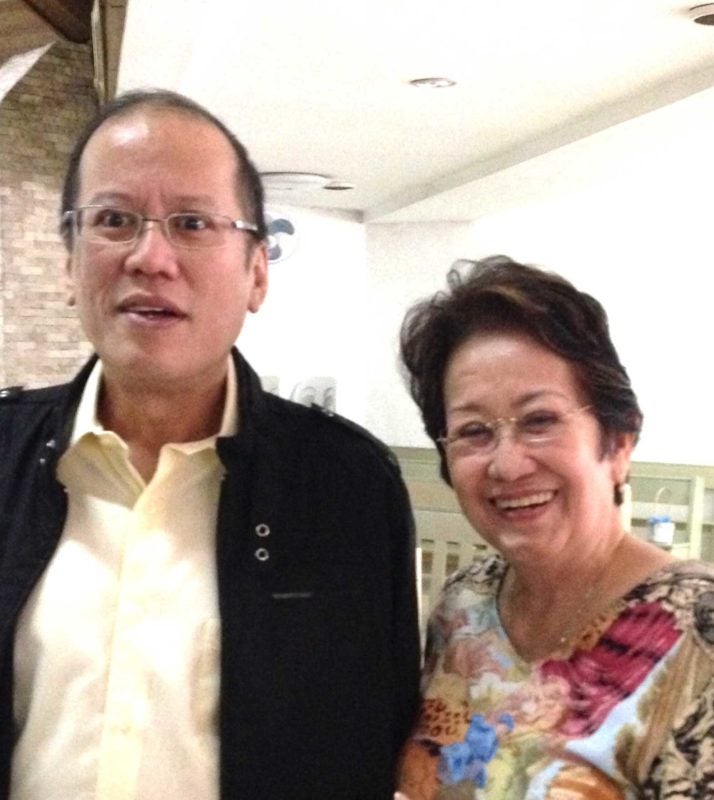 Over 150 members of the group from all over the U.S. attended the victorious Aquino’s induction at the Quirino Grandstand in Luneta. The group then “concentrated our global efforts to exposing China’s invasive intentions in the Philippines” and organized protests throughout the Filipino diaspora.

Aquino filed a claim against Beijing before the Arbitral Tribunal of the United Nations after China invaded the Scarborough Shoal In 2012,

“Under PNoy’s leadership, the Philippines won the most significant maritime victory in world history. Unfortunately, the Philippine UN victory was handed down in July of 2016 when Pres. Aquino was no longer president,” lamented Rodis. “To properly honor Pres. Benigno Aquino III,” Rodis said his organization would continue to defend the Philippines’ sovereignty,

A key player in the diplomatic victory against China was former Philippine Consul General in San Francisco Henry Bensurto, Jr. (2014-2020) who also concurrently headed the Department of Foreign Affairs Legal Team on West Philippine Sea (formerly referred to as South China Sea or SCS), issues from July 21, 2014 to July 31, 2016.

“That man may have many faults, as all of us have. But he stood for the country. He walked the talk. Walked with the rest of us, the entire Filipino nation, all the way to 12 July 2016against all odds, all difficulties, all humps, sometimes even against his closest friends and allies, to do what is right. For me, that is CHARACTER. Viriliter Agite,” wrote Bensurto in honoring Aquino.

Bensurto remembers standing very close with then-Secretary of Foreign Affairs Albert del Rosario and Aquino in all ASEAN meetings and summits, quietly conferring on their next moves, strategic adjustments, what to articulate and what to do in resisting China’s bullying 9-dash line claim.

“Nobody wanted to confront the awakened Giant” in the beginning, Bensurto says.  “It was very tempting to take the easy route:  to abandon the campaign and go back to the fold and good favor of China.  But the President and Secretary del Rosario did not back down. We did not. Walang iwanan.  We stayed the course. We endured. We persevered. We struggled.”

By 2015, almost all of ASEAN and EAS (except for Cambodia, Laos, and Russia) were supporting the Philippines’ cause and the rule of law. By 2016, the Tribunal ruled in favor of the Philippines.

“This is his LEGACY to all Filipinos — past, present, future generations; those in the archipelago or elsewhere; whether full, half, one-fourth, or any with an iota of Filipino blood in their veins — OUR DIGNITY,” Bensurto emphatically declares.

In a tribute, Donnie de Leon, an Aquino townmate from Concepcion, Tarlac, shared that Concepcion rarely got favorable projects, while previous presidents showered their home grounds with government largesse.

“Both mother and son were so very careful, upright and honest, avoiding the impression of favoritism for Tarlac on infrastructure projects. They don’t want to give even a tinge of suspicion that Tarlac was being favored particularly through the so-called pork barrel system,” recounts de Leon. 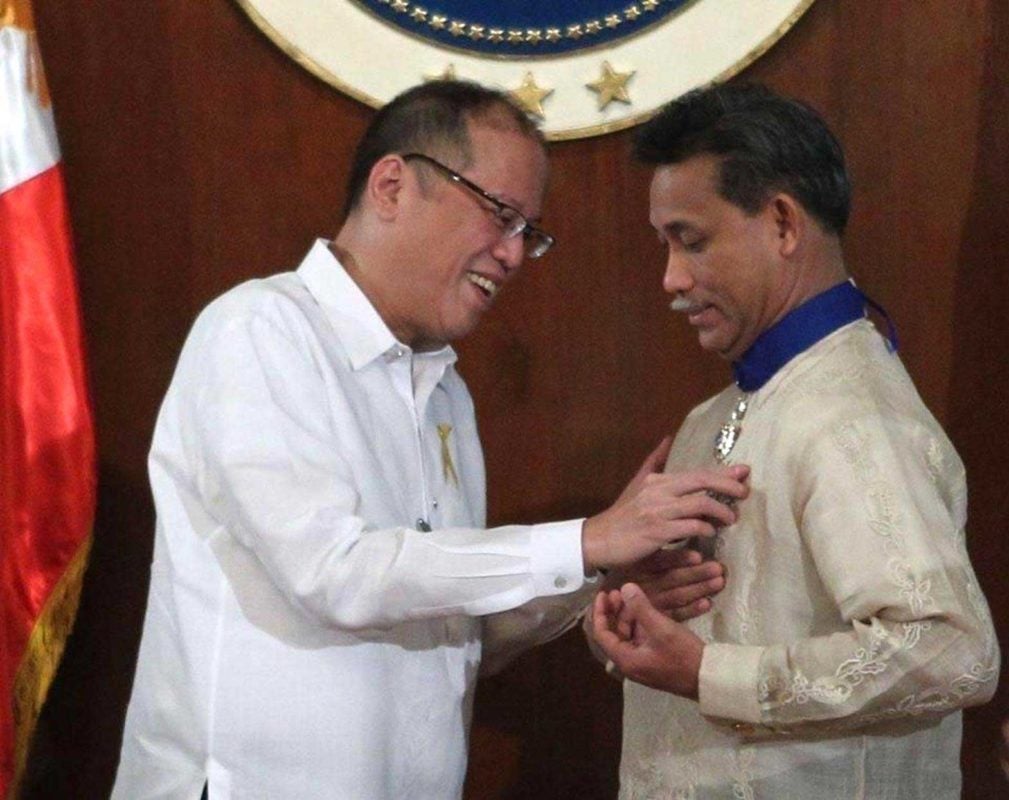 “Most of the time, our province was told that other places in the country, particularly in the remote areas of Visayas and Mindanao, needed the limited resources more than Tarlac. And that to me is something that we understood and admired in both mother and son.”

De Leon also agreed with the Aquino family decision not to bring Aquino’s to Tarlac for viewing and wake, as requested by Tarlac Governor Susan Yap, in light of the travel restrictions and other health protocols still prevailing due to the 19 pandemic.

“DDS-NorCal joins the Filipino people in mourning the passing of former President Benigno S. Aquino III.  His impact and contributions to the advancement of the Filipino people will be remembered.  We are asking everyone to set politics aside at this time and let’s all unite in prayer and give respect to the man (and family).”