Retired Filipina cook was sought after by NY high society 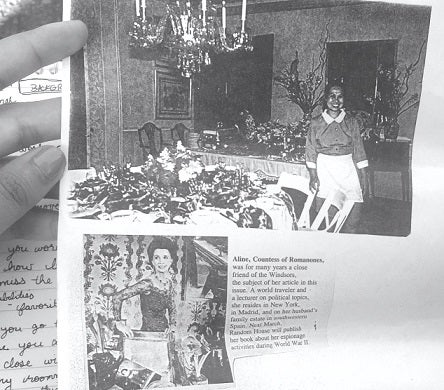 Jossie Reyas both cooked and decorated for the Countess of Romanones’ evening cocktail parties approximately 30 years ago. Reyas keeps photos and news clippings in her bag. MARIEL PADILLA

NEW YORK — On a recent summer day, Jossie Reyas, 77, sat on a bench outside a small food pantry in Woodside, Queens waiting her turn to get cans of beans, fruit, soup and vegetables.

Reyas, wearing frayed slippers and a faded floral blouse, was quiet and soft-spoken, but when asked about her life, she spun a tale of cooking for New York socialites, including a European countess and a future president of the United States.

She still keeps signed Post-It notes, checks, menus, pictures and holiday cards from all of her former employers. She keeps them in a plastic tote bag along with her flip phone and paper napkins.

One Christmas card, with cartoon angels and musical notes scattered across the front, reads: “Dear Josie, Thank you for your help this year. You do a great job and we certainly appreciate having you with us. Warm wishes for 1990! Mr. Mrs. Trump and Christopher.”

Born in the Philippines, Reyas was the oldest of eight children: three boys and five girls. In 1970, she studied business administration at Manila’s University of the East before moving to Madrid with her sisters. There she worked at the Danish, Mexican and Uruguayan embassies.

The Countess of Romanones, Spain, just happened to live across the street from the Uruguayan Embassy. One day the Countess recognized Reyas as a Filipina and asked if she would cook for her. 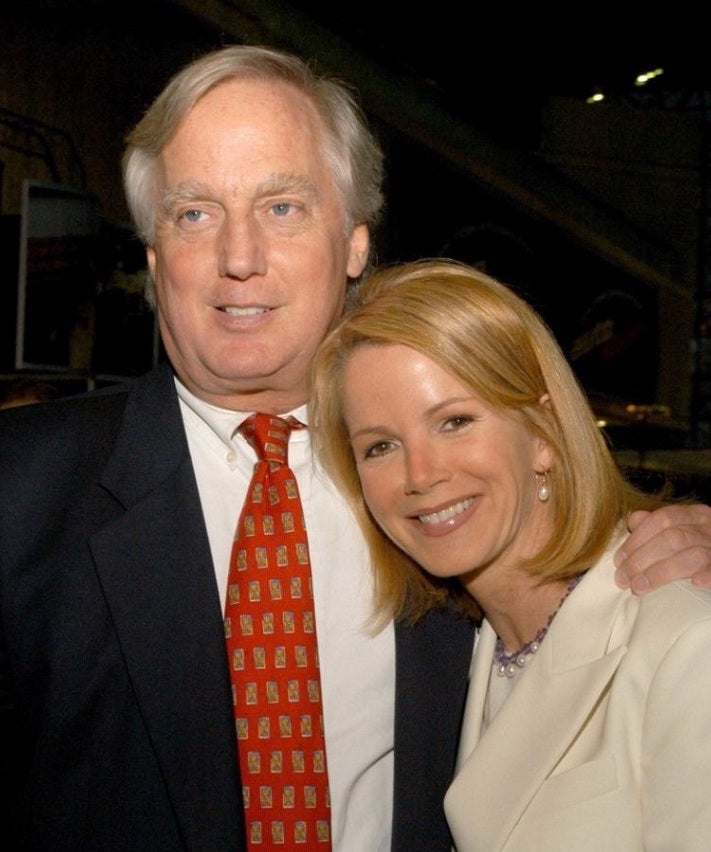 It was there she heard of her father’s sudden death. Her parents were en route to the United States when he suffered a heart attack at the airport. Her mother handled the funeral arrangements before moving to America months later.

In 1986 Reyas’s mother summoned her to New York City saying, “It is time,” as the rest of her siblings had already moved. Reyas, in her mid-forties, dutifully obeyed.

In 1987 the Countess asked Reyas to cook for a private party she was hosting in New York. Reyas’ cooking, attention to detail and dedication to decoration garnered praise from the wealthy guests. 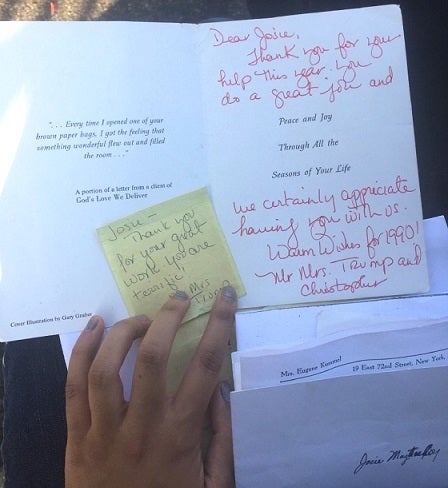 Reyas keeps cards, notes and memos from her employers, including Robert and Blaine Trump, as prized mementos. She said her name ‘Jossie’ is often misspelled. MARIEL PADILLA

Reyas even lived with Robert and Blaine Trump at Trump Plaza for six months during the construction of the Trump Taj Mahal in 1989. Robert’s older brother, Donald, and his family were frequent visitors.

“They are nice. Even Donald, even the children of Donald – simple,” Reyas said. “I don’t know why many people don’t like him.”

A note from former client Mrs. Eugene Kummel, who was married to the (now deceased) chairman and CEO of McCann Erickson Worldwide advertising agency. MARIEL PADILLA

Several employers asked Reyas to move with them, but she declined every offer that would permanently take her away from Manhattan.

“I came here because of my mother. Why would I leave her?” Reyas said.

Reyas’s mother died in her Manhattan home in 1994, but Reyas doesn’t want to move back to the Philippines like her siblings. She hasn’t been back since 1975.

“They all go home when they get married because they have business in the Philippines,” Reyas said. “I did not get married. I stay here, that’s why. If I [got] married, [had] children and a family, then I [would have gone] home also.”

These days, Reyas says, she makes a meager living as a decorator, working only for select employers of her choosing.