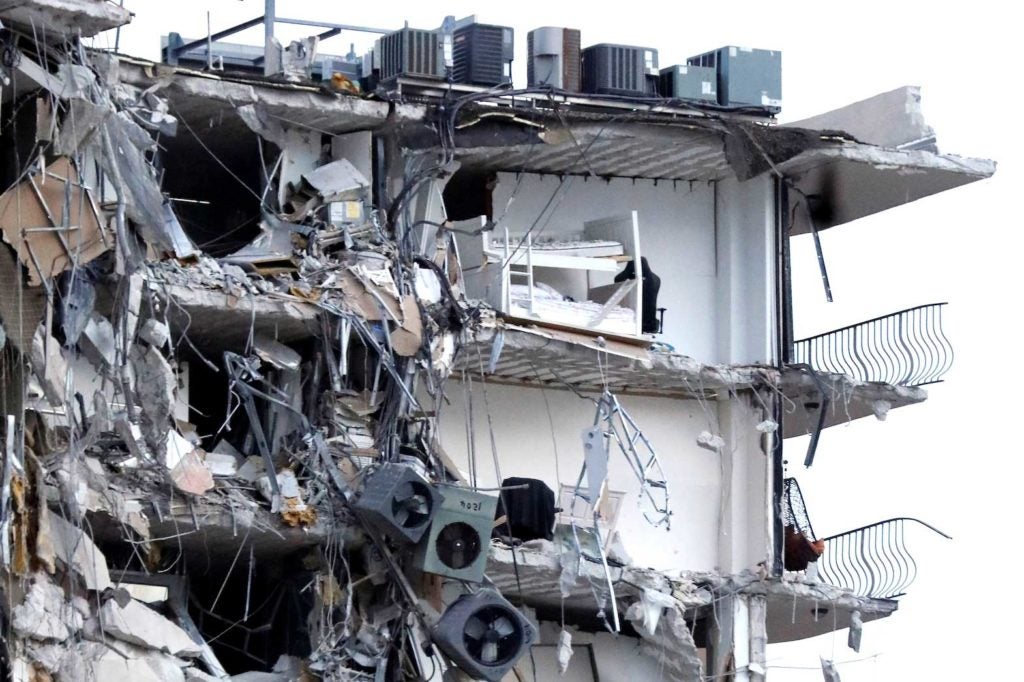 SURFSIDE, Florida – Hundreds of fire and rescue workers scoured through tons of rubble on Thursday after a 12-story oceanfront residential building partially collapsed in southern Florida, with at least one person dead and 51 still unaccounted for, officials said.

Sally Heyman, a Miami-Dade County Commissioner, said officials have been unable to make contact with 51 people who “supposedly” live in the building, home to a mix of people including families and part-time “snow birds” who spend the winter months in Florida.

“We have 51 people that were assumed to have been there, but you don’t know between vacations or anything else, so we’re still waiting,” Heyman told CNN by phone. “The hope is still there, but it’s waning.”

A fire official said 35 people were rescued from the building in Surfside, a seaside enclave of 5,700 residents on a barrier island across Biscayne Bay from the city of Miami, including two who were pulled from the rubble as response teams used trained dogs and drones in a search for survivors.

After speaking with local officials, Florida Governor Ron DeSantis said it was possible that more victims could be found in the rubble. He said he planned to go to scene.

“We’ll hope for the best in terms of additional recoveries, but we are bracing for some bad news, just given the destruction that we’re seeing,” DeSantis said at an event at a community college near Tampa.

Built in 1981, the Champlain Towers South had more than 130 units, about 80 of which were occupied.

It was unclear how many people were inside at 1:30 a.m. (0530 GMT), when an entire side of the building pulled away and fell to the ground below.

“It’s hard to imagine how this could have happened,” Surfside Mayor Charles Burkett told reporters. “Buildings just don’t fall down.”

Construction work was being done on the roof, he said, but it was unclear whether the project involved any heavy gear.

Footage from WPLG Local 10, a Miami TV station, showed a rescue team pulling a boy from piles of debris and rebar, and firefighters using ladder trucks to rescue residents trapped on balconies.

Assistant Fire Chief of Miami-Dade Fire Rescue Raide Jadallah said that rescuers were moving in “heavy equipment” and working to support the remaining structure of the building.

“We are still continuing the search and rescue operations,” Jadallah said.

Burkett said that part of the building with balconies facing the beach “pancaked” where one floor appears to have fallen atop another, cascading down.

“The back of the building, probably a third or more, is totally pancaked,” he said.

Resident Barry Cohen and his wife were rescued from the building.

Cohen also said there had been construction for more than a month on the building’s roof.

The Miami-Dade Police have assumed control of the investigation. More than 80 fire and rescue units responded, the Miami-Dade County Fire Rescue Department wrote in a Twitter message early Thursday.

Eyewitness video obtained by Reuters showed neighbors gathering across the street from the rubble.

“This whole building here, it’s completely gone,” a person can be heard saying