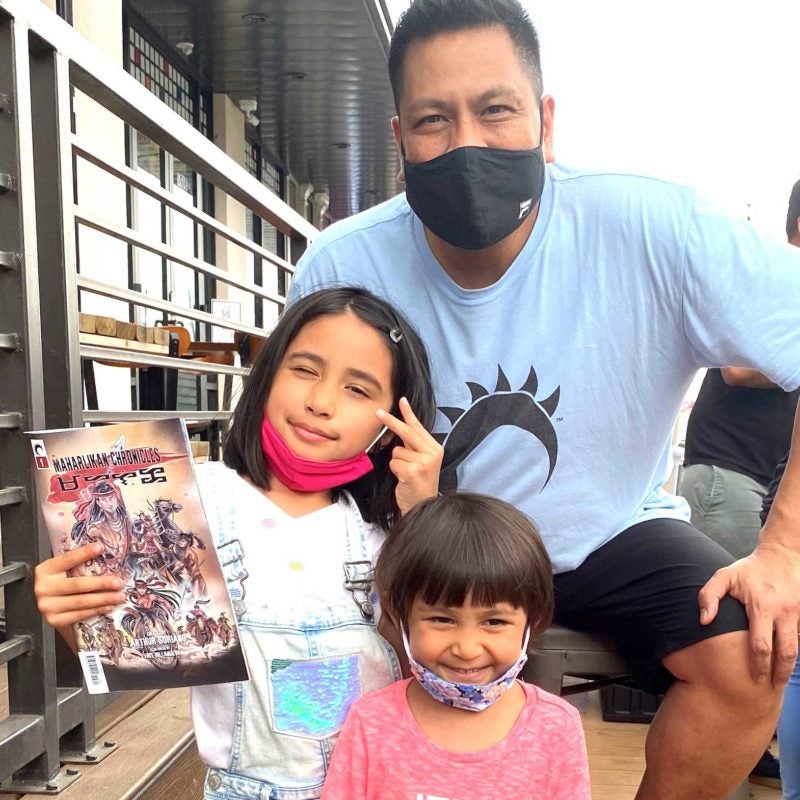 AUSTIN, Texas — Filipino American Arthur Soriano has created a new comic series that focuses on “the genesis of Philippine history from a Filipino perspective.”

“The first issue of Marharlikan Chronicles is one hundred percent Philippine precolonial history and oral tradition,” he says.

“In this series, you will not have to read about a Spanish King and outside views that aren’t generally interesting to a Filipino reader.”

According to Soriano, he created the comic because he wanted to give a better introduction and update to Philippine history “in a way that is appealing to the general Filipino public.”

Born in the US to Filipino parents, Soriano became interested in early Philippine history because he thought it was something he ought to know about his heritage.

And also because “I’m Filipino and I love history in general.” He’d learned about Greek and Roman ancient civilizations in college, so “why not the Philippines, too?”

He believes that knowing one’s own history is important because “it gives you insight to who you and your people are.  In general, history teaches what happened, why it happened and what we could do better in the future.”

These days, Soriano studies precolonial Philippine history independently and has the “ability and passion” to acquire books that “most don’t have access to.”

“Which is why I share what I find.  I have met with scholars at museums in the Philippines and have bounced thoughts off with [historian] Ambeth Ocampo.”

“As I studied precolonial Philippine history, I learned that the information available was very outdated and the latest discoveries would make for a better presentation of our early past.” He wants to “improve the knowledge base of Filipinos of their rich precolonial history.”

For the inaugural issue, he collaborated with illustrator Faye Villanueva. “She and her husband Aria are comic creators in the Philippines and they own Kawangis Komiks and several titles of comics.”

“This is an open-ended series since we plan to promote more adventures for Urduja and a wide array of Filipino mythology and folklore.”

“We have had a great response for the first issue. Many love the introduction of Philippine history from ‘our’ perspective, with the added plus of incorporating our oral tradition with known scholarly history and recent scientific discoveries.”

Maharlikan Chronicles is sold in retail stores in Texas and Michigan and online for the rest of the US as well as internationally. Readers in the Philippines can visit the comics’ website for the latest updates on availability.

“The second issue will be a continuation of precolonial Philippine history centered around the Visayas and the beginning of an adventure series for Urduja,” says Soriano.