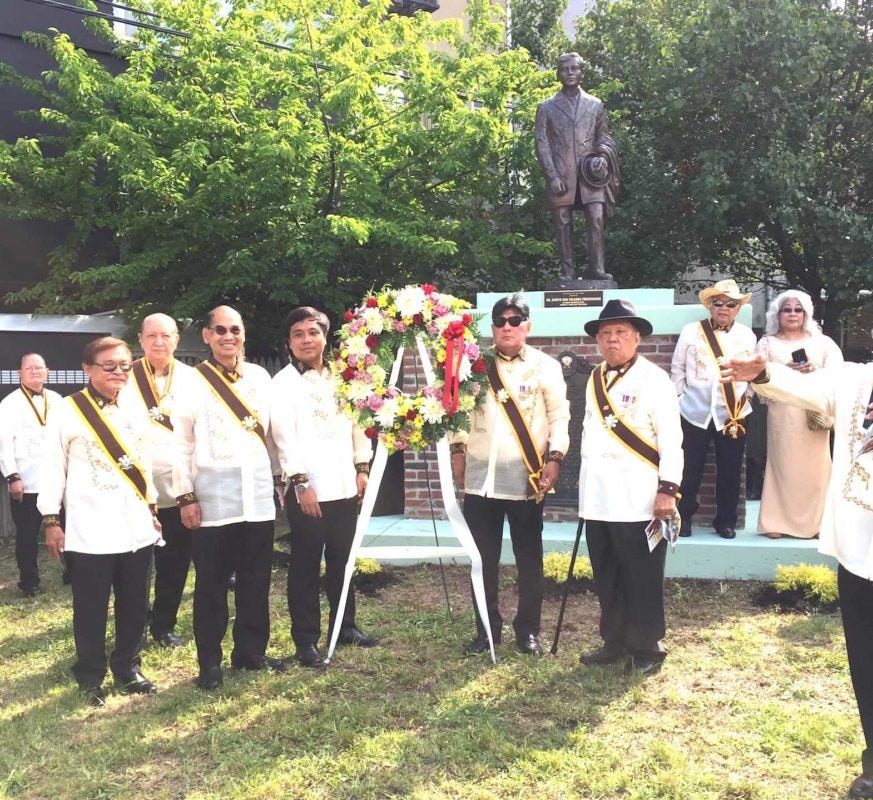 Members of the Knights of Rizal laying a wreath at the Jersey City, New Jersey statue of the Philippine national hero. FACEBOOK

Knights of Rizal members held the rite at the statue dedicated to Rizal located in the small park at Christopher Columbus Drive and Brunswick. The organization has hosted the commemoration since the unveiling of the park with Rizal’s statue in 2000. A new statue replaced the old one in 2016.

Philippine Independence Day is officially on June 12. The day commemorates the declaration of Philippine independence from Spain in 1898.

Through the 1900s, the Philippines was a U.S. territory, until July 4, 1946, when it was granted full independence by the United States.

MORE STORIES
Common NFT Scams and How to Avoid Them
Top 10 Electric Bikes to Fit Every Lifestyle
Texas school shooting victims: ‘They were just children with their whole lives ahead of them’
Don't miss out on the latest news and information.

MOST READ
usa Texas school shooting victims: ‘They were just children with their whole lives ahead of them’
usa University of Hawaii names nursing school after PH-born nurse
usa MagSafe: Effortless and wireless charging for iPhones
usa Common NFT Scams and How to Avoid Them
usa Toronto police shoot and kill man carrying gun near schools
usa The 25 Best Co-Op Games You Should Play for PS4 in 2022
usa White House confirms no final decision yet on student loan forgiveness
DID YOU KNOW?
The 25 Best Co-Op Games You Should Play for PS4 in 2022
The Best Kindle of 2022: Which one should you buy?
A Beginner’s Guide to Buying a Vacuum Cleaner in 2022
Island Hopping in Tulum: The 12 Best All-Inclusive Tulum Resorts
How to Dispute a Debt and Win | Simple Tactics
The 12 Best Lat Exercises for Muscle Growth