Americans want voting to be easier, also worry about US election fraud

Americans want voting to be easier, also worry about US election fraud 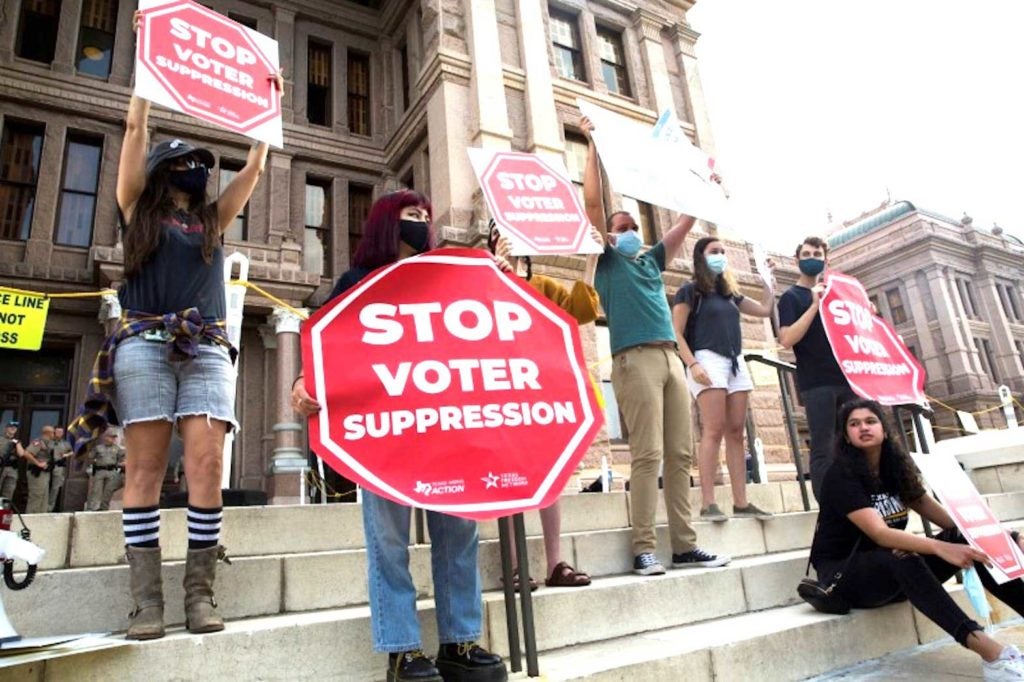 Voting rights activists gather during a protest against Texas legislators who are advancing a slew of new voting restrictions in Austin, Texas, U.S., May 8, 2021. REUTERS/Mikala Compton/File Photo

The latest poll, conducted June 11-17, shows that both Democrats and Republicans can claim some degree of popular support as they debate sweeping changes to the way elections are held.

Republican-controlled state legislatures have rolled out a series of voting restrictions this year, including limits on early voting hours and tougher ID requirements. Republicans say their efforts are focused on preventing election fraud, even though there was no evidence of widespread fraud in last year’s election.

Democrats, meanwhile, are hoping to counter that with federal protections that would guarantee a minimum number of early voting days, automatic voter registration, and less restrictive voter identification requirements, for example.

The U.S. Senate is expected to vote on a Democrat-backed election reform bill on Tuesday.

The June poll found that 59% of adults, including a majority of Democrats and Republicans alike, oppose election laws that would cut back on early voting.

States that automatically send voters ballots by mail are also relatively popular: 46% of Americans said they approve of them, while 37% are in opposition. The responses were divided along party lines, however, with 70% of Democrats in support of automatic mail-in ballots and 64% of Republicans in opposition.

The poll also showed Americans largely back some restrictions that Republicans have said would protect the integrity of future elections: 72% said they support requirements that prohibit voting without government identification, including 62% of Democrats and 88% of Republicans.

And 55% of Americans support measures that require local election officials to obtain approval from the state legislature before they could set their own voting plans, while 21% were in opposition.

Americans expressed similar opinions last month. A Reuters/Ipsos survey from May showed that 75% adults felt it was “very” or “somewhat” important that “the government place new limits on voting to protect elections from fraud”. At the same time, 82% wanted the government to “make it easier for people to vote”.

The Reuters/Ipsos poll was conducted online, in English, throughout the United States. It gathered responses from 4,420 adults, including 2,015 Democrats and 1,583 Republicans. It has a credibility interval, a measure of precision, of about 3 percentage points.