Voters in New York City head to the election polls on Tuesday to select Democratic and Republican nominees for mayor, following a campaign dominated by debate over public safety as the city recovers from the pandemic and confronts a surge in shootings.

The winner of the crowded Democratic contest, who may not be known until mid-July, will be a heavy favorite to succeed term-limited Mayor Bill de Blasio in November’s general election. Democratic registered voters outnumber Republican voters by more than a six-to-one ratio, state data shows.

The next mayor will be confronted with deep challenges including wealth inequality, police accountability, a lack of affordable housing and a struggling tourism industry in the country’s most populous city of about 8.2 million residents. 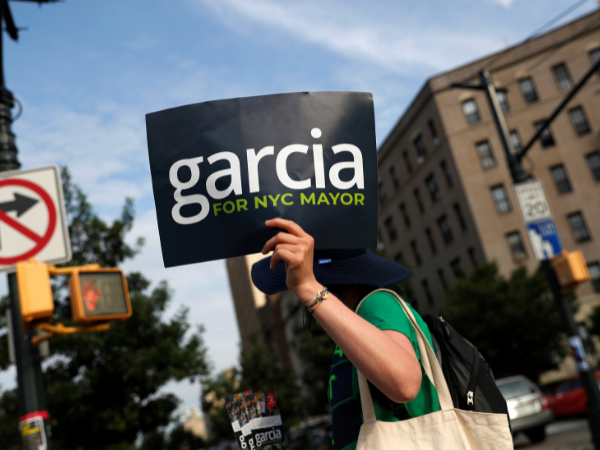 The election will be the first mayoral primary to use ranked-choice voting, in which voters rank up to five candidates in order of preference, adding a layer of uncertainty to the race.

Voters also will choose from eight Democratic candidates seeking to replace Manhattan District Attorney Cyrus Vance Jr., who is retiring. The nominee, who will be all but guaranteed to win November’s general election, would inherit Vance’s criminal probe into former President Donald Trump’s business empire.

Adams, a former police captain who put policing and crime at the center of his campaign, has led most recent polls, after months in which Yang appeared to be the front-runner. Garcia, who has run a technocratic campaign focused on her long experience in government, has risen in polls after securing the New York Times editorial board’s endorsement.

All three are considered more moderate and have called for increased police resources to combat rising crime.

Wiley, a liberal, has highlighted the protests against police violence last summer and proposed cutting $1 billion from the nearly $6 billion NYPD budget, redirecting the funding instead to other services, such as mental health counseling. 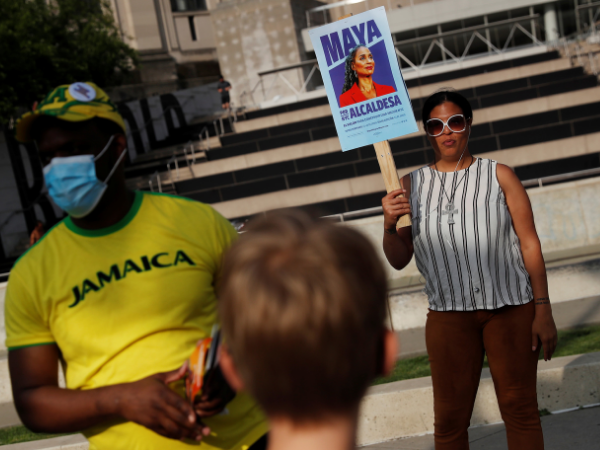 She has emerged as the preferred candidate for progressive groups, after Stringer lost numerous endorsements in the wake of two sexual misconduct allegations. He has denied any wrongdoing.

Polls close at 9 p.m. ET. Preliminary results showing voters’ first-choice votes are expected sometime after that, but barring a surprise outcome in which one candidates exceeds 50% of first-choice votes, the final results will likely take weeks.

The Board of Elections intends to announce the first round of results from its tabulation of in-person votes on June 29 and plans to release a second round that includes some absentee ballots a week later. Final results are expected the week of July 12, after the deadline for voters to fix, or “cure,” deficient ballots has passed. 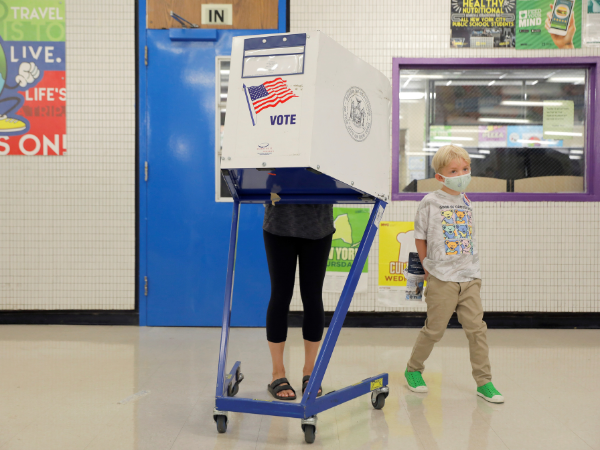 The use of ranked-choice voting, which incentivizes candidates to ask their rivals’ supporters to rank them highly as well, prompted an unusual sight over the race’s final weekend: Yang and Garcia campaigned together on Saturday and Sunday in an apparent effort to blunt Adams’ rising momentum.

Yang encouraged his supporters to rank Garcia as their second choice; Garcia stopped short of doing so but offered praise for Yang’s campaign.

Adams’ campaign suggested the joint appearances were aimed at preventing “a person of color” from winning the race.

“I would tell Eric Adams that I’ve been Asian my entire life,” Yang responded when asked about the claim at a news conference. Adams later clarified that he was referring to Black and Latino candidates.

Wiley issued a statement criticizing Adams, though not by name, for his allegation, saying Yang and Garcia’s decision “is not racist.”

De Blasio, whose approval ratings have dropped in his second term, declined on Monday to say how he would rank the mayoral candidates on his ballot.

Noting it could take weeks for a clear winner to emerge, de Blasio said, “We’re going to have to exercise a little patience here, something we’re not particularly good at as New Yorkers.”

In the Republican election, Curtis Sliwa, the founder of the patrol group Guardian Angels, is running against Fernando Mateo, a businessman who created the “Toys for Guns” program in the 1990s.