(From left to right): Congressman Steve Chabot of Ohio, Philippine Ambassador to the United States Jose Manuel Romualdez, and Congressman Bobby Scott of Virginia during the evening’s toast ceremony. CONTRIBUTED

Due to COVID-19 health protocols, the event was held at the Main Chancery Building and the Chancery Annex of the Philippine Embassy in Washington DC on June 15, 2021.

The Philippine Embassy in Washington, D.C., together with the Philippine Consulates General in Agana, Chicago, Honolulu, Houston, Los Angeles, New York, and San Francisco, and the Philippine Permanent Mission to the United Nations in New York hosted the event.

The Main Chancery Building served light refreshments for the Embassy’s top government partners from the State Department, Pentagon, and the White House. ABS-CBN Bureau Chief TJ Manotoc served as the master of ceremonies.

The Chancery Annex complimented and organized Filipino food for invited Filipino community leaders – particularly organizations linked with medical and economic front liners, those interconnected and supporting the vaccine-related initiatives of the Embassy, and those that continued to show strong support for the Filipino diaspora in the United States. 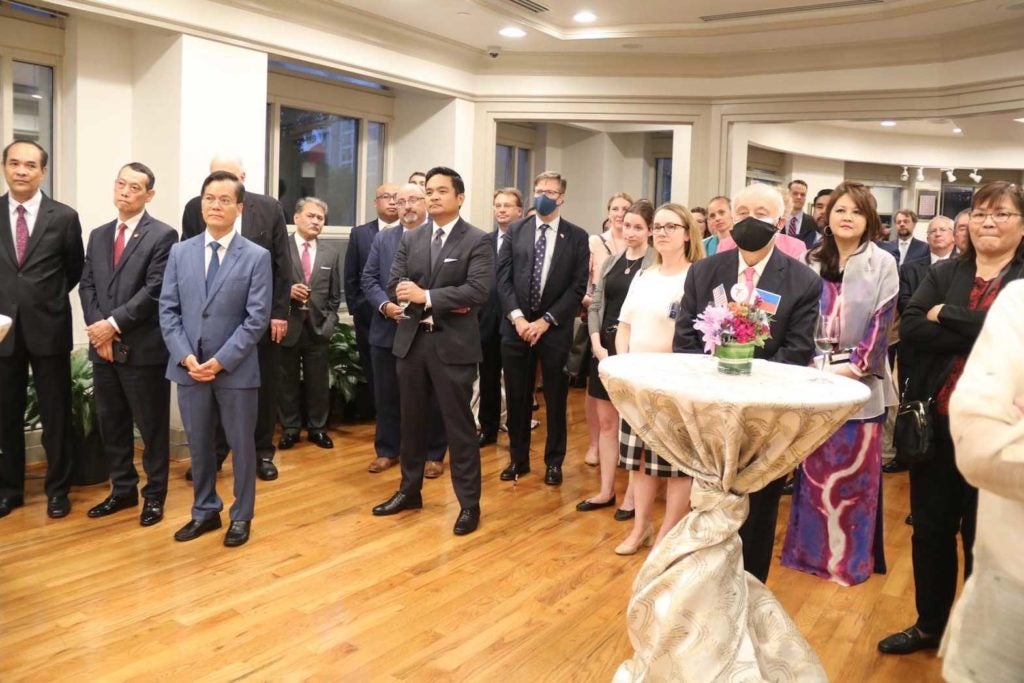 “This year’s commemoration of the 123rd anniversary of the proclamation of Philippine Independence is doubly significant because we are also celebrating a major milestone -the 75th anniversary of the establishment of diplomatic relations between the Philippines and the United States,” Philippine Ambassador Jose Manuel G. Romualdez said in his opening remarks.

Romualdez continued, “There is absolutely no doubt that the great cornerstone of this relationship is our people-to- people ties that have grown deeper over the years, underpinned by the shared history and experiences that make our friendship unique and special-the reason why we have been able to navigate and overcome the challenges that have occasionally tested this priceless relationship.”

He further stated that “The Philippines we see today is the progeny of our forefathers’ efforts to build a country capable of holding its own in the global community of nations.  A nation capable of protecting the values and interests of its people above all else, and in so doing, enabling their dignity and fundamental freedoms to flower and to flourish.”

Representative Bobby Scott (D-VA 3rd District) graced the event and stated in his remarks, “This Independence Day, we recognize the long successful history of the Philippines and the fight for democracy and freedom. Also, as a reminder of the work that we need to do to continue to protect and promote democracy around the world. We have a strong relationship between our countries, of course, broad based economic growth, improved health and education of our people as well as advanced democratic values, good governance, and human rights.”

Likewise, Representative Steve Chabot (R-Ohio) was present and expressed in his remarks, “Our peoples enjoy shared democratic values, mutual strategic interest, deep bilateral military cooperation, a vibrant economic partnership and above all as the Ambassador said, close people to people ties… Today’s momentous occasion is a testament to our enduring friendship, our common interests, and our shared values. Together we must work to deepen this invaluable relationship.”

The event featured the U.P. Madrigal singers who performed a heartfelt rendition of the Philippine and U.S. National Anthems. The program was capped by a virtual concert ’75th & Beyond: A Celebration of Enduring Partnership for Peace and Prosperity’ generously produced by The Filipino Channel. 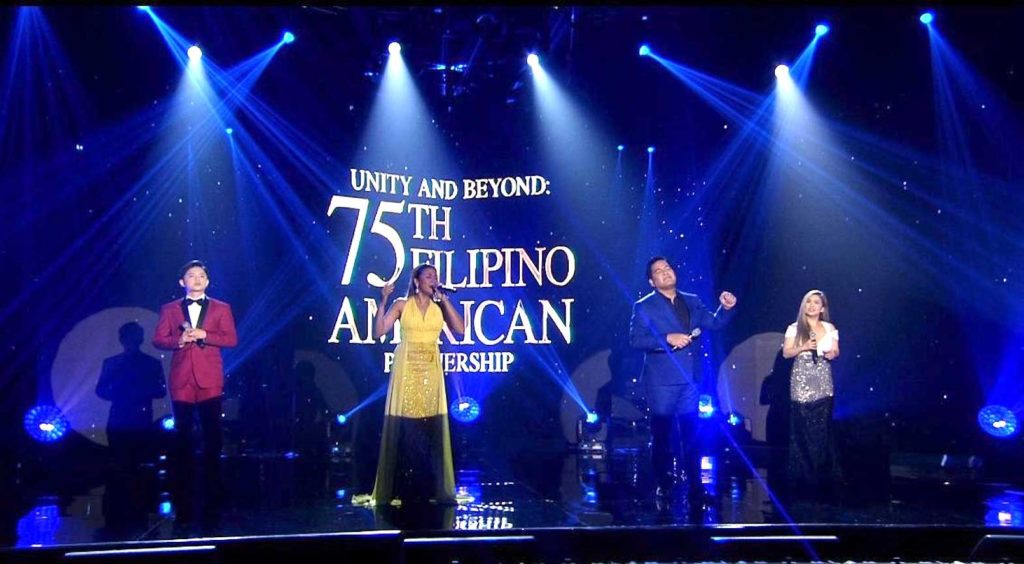 The Philippine Independence Day 2021 virtual concert may be viewed on the Embassy’s official Facebook page: www.facebook.com/PHinUSA.

The Embassy’s commemoration of these significant milestones was unhampered by protests by certain groups held outside of the Embassy, which also advocated issues unrelated to the work of the Embassy and the significance of the robust bilateral relationship, such as those concerning Palestine and the Black Lives Matters movement in the United States.

The Embassy’s celebration remained a solemn and appreciated affair, but was made colorful by protests symbolic of the very freedoms of free speech and the right to congregate cherished by both the Philippines and the United States.

MOST READ
usa Common NFT Scams and How to Avoid Them
usa Iconic ‘Goodfellas’ actor Ray Liotta has died at 67
usa Texas school shooting victims: ‘They were just children with their whole lives ahead of them’
usa Top 10 Electric Bikes to Fit Every Lifestyle
usa Las Vegas student to be tried as an adult for assaulting Filipina teacher
usa University of Hawaii names nursing school after PH-born nurse
usa Toronto police shoot and kill man carrying gun near schools
DID YOU KNOW?
Top 10 Resorts in Jamaica that Will Make Your Trip Worthwhile
The 25 Best Co-Op Games You Should Play for PS4 in 2022
The Best Kindle of 2022: Which one should you buy?
A Beginner’s Guide to Buying a Vacuum Cleaner in 2022
Island Hopping in Tulum: The 12 Best All-Inclusive Tulum Resorts
How to Dispute a Debt and Win | Simple Tactics