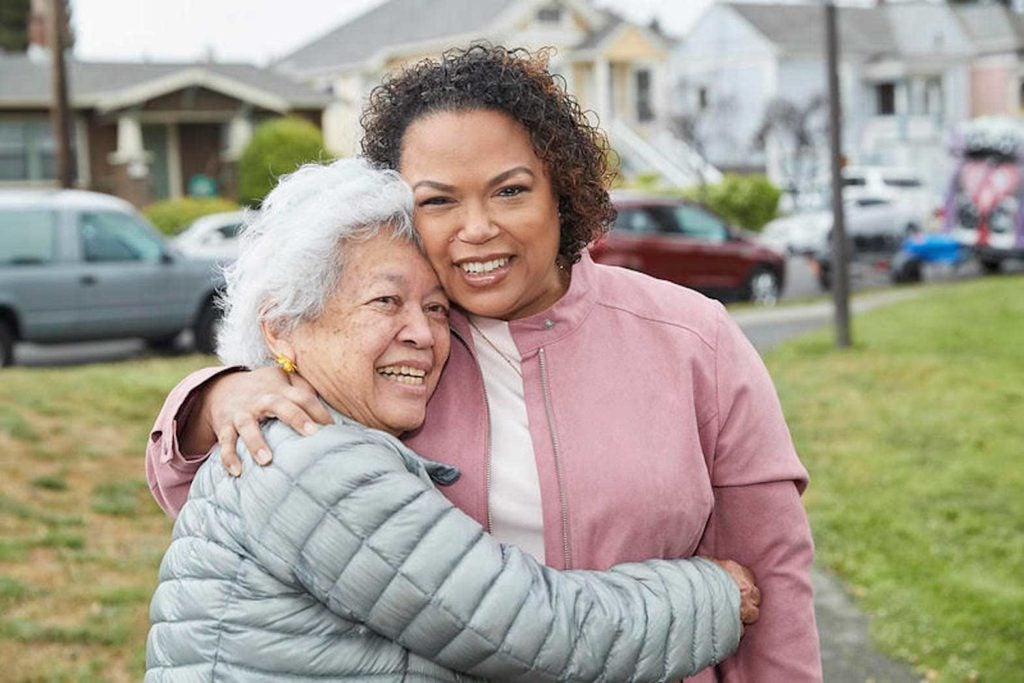 The front-runner among 8 seeking the State Assembly District 18 seat has strong Filipino family ties through her husband, AG Rob Bonta, their three children, and her mother-in-law, Cynthia Bonta. CONTRIBUTED

OAKLAND, California – Mia Bonta has all the qualifications required for the government post she is seeking, say Filipino American political empowerment activists, except for the one that counts most to them at this time.

Bonta does not have the same genes as the 4 million people in this country who identify as Filipinos, thousands of whom reside in her home base, District 18 of the State Assembly. The district boasted the lone Fil-Am in the State Legislature, until April.

To a politically woke sector of the Filipino American community, identity is key to the June 29 special elections for District 18. The winner will succeed Attorney General Rob Bonta, a Fil-Am who has broken the race barrier twice in Sacramento.  Soon after the Legislature confirmed his nomination for AG by Governor Newsom, he named his choice for successor: Mia Bonta, his wife and fellow social justice advocate.

Mia (short for Milalisa Tania nee Villafañe) Bonta is President of the Alameda Unified School District Board.  Her election in 2018 seemed almost predictable considering her two decades of community service focusing on the education of children from low income families.

She heads Oakland Promise, which her campaign describes as a “cradle-to-college and career preparation initiative across Oakland public schools.”  That dedication drove her to seek remedies for the gaps she found in state processes, “from education to the criminal justice system to health care and housing,” that she said “often fail to provide those they’re intended to serve.”

She led the school board in confronting the challenges wrought by the pandemic on the district’s 10,000 student population with “safe but swift reopening” as top priority.  She frankly describes  as a “struggle” the “changing and conflicting public health guidance coming from the state and federal governments.”

“‘I had to make toughest decisions of my life during Covid, balancing the many conflicting interests, changing guidelines, with the very visceral, heartfelt and desperate needs of parents, students, and teachers, and the need to ensure we gave our students some semblance of school and learning opportunities,” she told Inquirer.net. Her sights were set firmly through “an equity lens on not just the loudest voices in the room but those who would be more impacted by our decision.”

She takes pride in the results of those decisions, counting the current state of the district her top accomplishment in her third term as board president.

That fortitude is something she shares with her husband, whose has similar beginnings.

Like Rob who had toddled along with his parents while they organized for unionization of California farm workers, Mia describes her parents as “activists who had emigrated from Puerto Rico to New York City – not a traditional immigration experience but still born out of US colonialism.”

“I was raised by a single mother, who dedicated her life to provide workforce training and opportunities to thousands of Black, Latino and API members of our community, who took on a lifelong fight for economic justice through work,” relates the woman whose second name honors Argentine revolutionary Tania Bunke.

Her upbringing formed her mission to emulate and reciprocate her mother’s “sacrifice” by applying for financial aid and working “up to four jobs” to be welcomed to Yale, where she met her life partner and public service collaborator, then Harvard Graduate School of Education and back to Yale for law school.

“I have dedicated my life – through nonprofit service and working in education and for children and youth – to disrupt the school to prison pipeline and ensure Black, Latino and API and children experiencing poverty could be more assured that their schools had an education, health supports, mental health supports and career technical education and pathway programs,” said the mother to three schoolchildren.

That’s impressive, observers note, but Filipino Americans need the voice offered by Alameda Vice Mayor Malia Vella, who they stress is the only Fil-Am contender for the District 18 seat.

“We have nothing against Mia Bonta, but we need a Filipino American to represent us,” community leader Marily Mondejar spelled the common assertion of Fil-Am politicos at a recent virtual rally of her San Francisco-based Filipino American Community Forum.

Candidate Bonta fully agrees that representation is important and believes she is able to provide a striking alternative.

“I am a Black Latina, daughter of activists, and the mother of three Filipino children,” she emphasizes.  “I have a strong affinity for, and responsibility for allyship with the Filipino community.”

Among her formidable endorsers she names PALAD Pilipino American Los Angeles Democrats which has given her its “sole endorsement” and therefore a step toward “promoting political empowerment and increasing civic engagement and participation in the Filipino American community.”

She knows the Fil-Am struggle for a seat at the table, recognizes the “resilience and unity of Filipino Americans in the face of challenges and discrimination they have experienced for generations…as social justice warriors and as a community that has added to our cultural diversity.”

Mia acknowledges the significance of identity in her husband’s success and says she shares his efforts to groom more Fil-Am prospective lawmakers.

“I am running as an ally to the Filipino American community, and if elected I will continue to support and uplift FilAm candidates across the state, and in particular, the next several legislative cycles as sitting legislators term out in 2024 and beyond.”

She decided to run for office now because “for too long, our East Bay communities have been locked out of equal opportunities, and I’m running to ensure Californians of all backgrounds get a fair shot.”

If she wins she would address school reopening, educational equity and homelessness/affordable housing and the issues that intersect these.

“We have to address homelessness head on by focusing on the root causes of the crisis, expanding mental health services, increasing non-congregate access and transitional housing,” she said, pledging to seek funding for local programs including “wraparound services it takes to lift our unhoused neighbors out of poverty.”

“As someone who faced housing insecurity as a child, I understand the urgency of keeping families in their homes and protecting tenants,” said Bonta, who moved 16 times in 13 years. “I will also support programs that assist first time home buyers so they have access to loans and other resources to make homeownership a reality.”

Unsurprisingly, Mia Bonta is the frontrunner in the field, polling first and reportedly raising the most funds.

Someone who sets a high standard for representation and advocates for Filipino empowerment is all in for Bonta and not because of their relationship.

“We cannot afford to be nationalistic in these times of international solidarity across the wide range of justice issues,” Cynthia Arnaldo Bonta, Mia’s mother-in-law who had nurtured Rob Bonta’s passion and sensibilities, told Inquirer.net.  “This the time for an international world view in every single issue, be it racial, social, economic or environmental.”

The founder of Philippine National Day Association, a pioneer Fil-Am organization, aired caution.  “Let’s be careful with identity politics. Progressive values that lift the marginalized and vulnerable members of our local and global community should come first.”

MORE STORIES
The Future of the US iGaming Industry 2022
Why Hiring Digital Marketing Services Is a Must In 2022
A Beginner’s Guide to Buying a Vacuum Cleaner in 2022
Don't miss out on the latest news and information.

MOST READ
usa Filipino’s mansion selling for $25M, the priciest in Orlando, Florida
usa Flying Saucers: What We Know of UAPs and UFOs
usa Island Hopping in Tulum: The 12 Best All-Inclusive Tulum Resorts
usa West Virginia man pleads guilty to sex with 14-year-old in PH
usa Stephen Curry vs. Luka Doncic matchup highlights Warriors-Mavs playoffs
usa Heard’s sister testifies that Johnny Depp repeatedly hit Amber in the face
DID YOU KNOW?
A Beginner’s Guide to Buying a Vacuum Cleaner in 2022
Island Hopping in Tulum: The 12 Best All-Inclusive Tulum Resorts
How to Dispute a Debt and Win | Simple Tactics
The 12 Best Lat Exercises for Muscle Growth
Countdown to summer: tips for learning how to surf
User Guide: How to Track a Lost iPhone