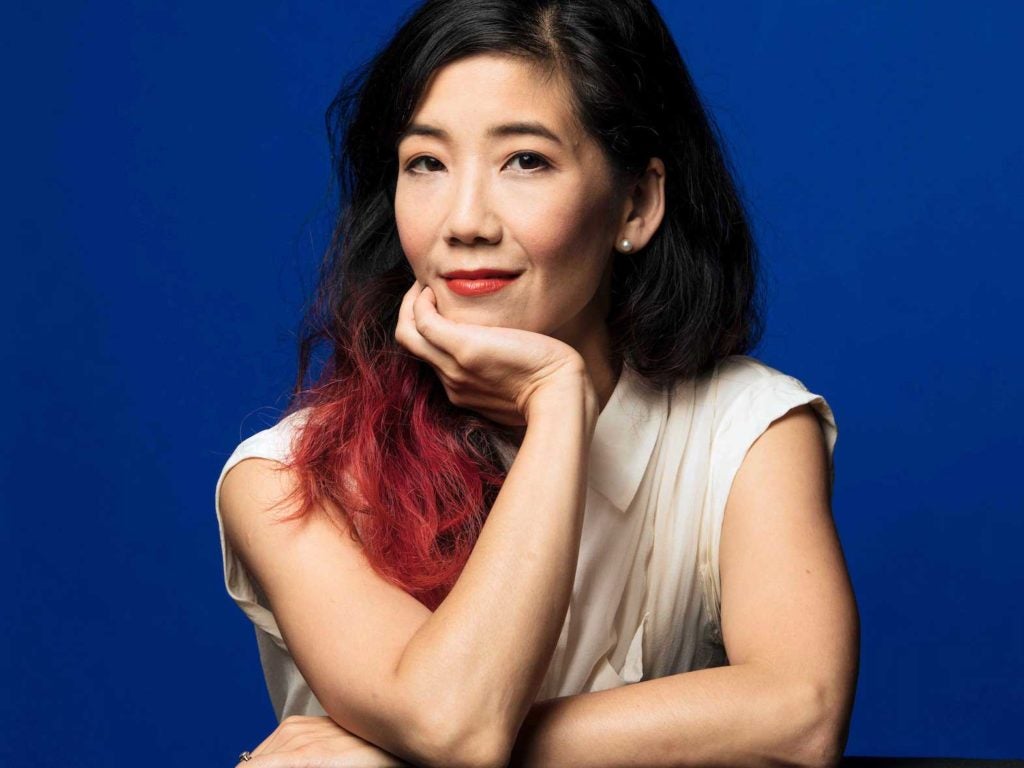 The series is produced by Chalk Repertory Theatre, of which Chang is a cofounder and was the artistic director until 2016, with funding from the city’s Department of Cultural Affairs.

The series’ focus on geographic locations builds on the group’s origins of staging productions in unconventional locations. Since it was founded in 2008, Chalk Rep has staged shows at sites as grand as the Natural History Museum and as intimate as the garage of a private home.

Chang recently won the Los Angeles Drama Critics Circle (LADCC) Award for Best Direction of a Play for her work on East West Players’ production of “Vietgone.” (READ about it here.)

Recent credits include “The Clitorish” for New Ohio Theatre and “Hannah and the Dread Gazebo” for Fountain Theatre. Chang is the Head of Undergraduate Acting at University of California-San Diego.

The project had already been in development prior to the pandemic. “We had been developing and [had already] done beta testing on an app, kind of like a Pokémon Go, where your location unlocks an ‘adventure,’” says Chang.

“In the case of ‘Chalk Lines,’ the intended goal was to unlock an audio play with your geo-location.”

The theater group wanted to highlight the idea that these districts are destinations and that they possess rich history and culture.

Chalk Rep had initially intended for the series to be anchored on the segment of the Expo Line roughly between downtown and Culver City. “We wanted to create a project that would encourage folks to adventure … and that would be accessible with the train.”

The pandemic’s restrictions made the group rethink its approach. “With the lockdown, we couldn’t encourage folks to leave their homes and go to places or ride the Expo Line because that could potentially put them in contact with other people.”

“We pivoted to putting all our focus on the districts.”

In its current iteration, audience members can safely enjoy “Chalk Lines” at home focusing solely on the auditory experience or they can visually augment the experience by visiting each outdoor location and listen on a mobile device.

Chang is excited for listeners to “really hear where the stories take place.”

“The sound designers have been so innovative and incredible, doing 3D mapping and wandering through the districts, walking the trajectories of the [plays.] The soundscape was authentically captured.”

In addition to researching the histories of these locations, Chang’s team of collaborators ensured the plays were written by and for the “folks who had strong ties to the districts … talented writers who all were born or lived in the areas.”

“We wanted to have a variety of experiences and points of view in terms of gender and age and identity. We have a recent school graduate, a veteran award-winning playwright and multi-hyphenate artists.”

The five plays features characters as varied as an orphan with AIDS who is visited by a life insurance sales person, a frank tour guide who goes through 150 years of LA history, a seasoned street vendor and a young college student riding the Expo, and a person preaching about alien life.

Chang will direct “The Great Leap” at Round House Theatre in Washington, DC in the late fall.