SF Presidio’s ‘Exclusion’ exhibit recalls painful lessons from the past

SF Presidio’s ‘Exclusion’ exhibit recalls painful lessons from the past 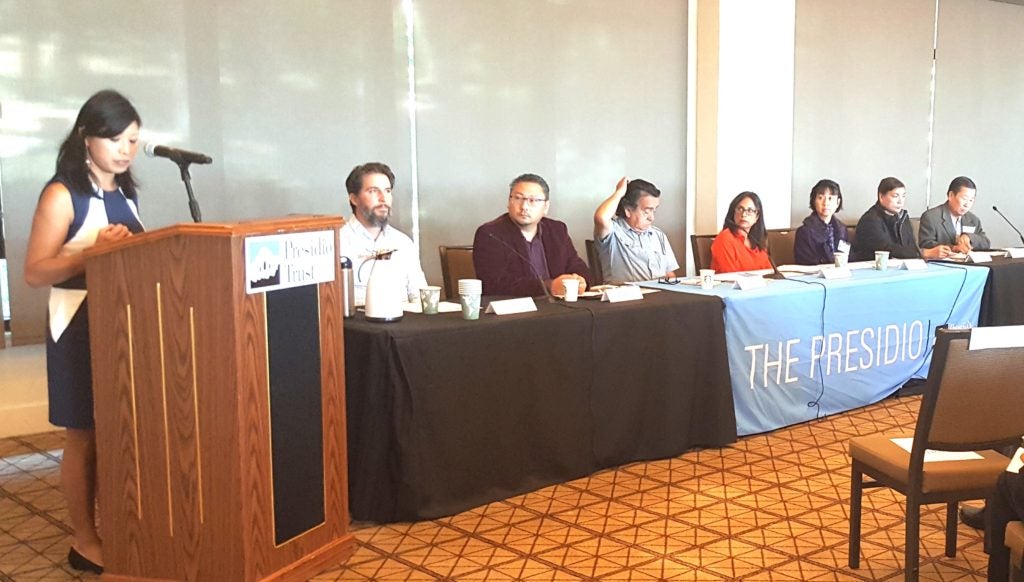 SAN FRANCISCO — Members of ethnic media again gathered at the Presidio Officers’ Club in San Francisco to recall instances when their communities were being regarded as outcasts and how they overcame the treatment.

Featured speakers spoke of their own ethnic group’s history apropos the ongoing Exclusion Exhibition at the Presidio on Japanese-American incarceration during World War II and the current immigration situation that threatens people of color.

Odette Alcazaren-Keeley moderated. She is a Golden Gate National Parks Conservancy Board of Trustee member and New America Media director.

In her welcome remarks, Presidio Trust Chief Executive Officer Jean Fraser emphasized the importance of looking not just the bright moments of the Presidio history as a military post, but also shameful moments such as when the Presidio was used to imprison Japanese Americans in World War II. And we need to learn of those things which are not proud we need to understand why they happened so as to avoid a repetition,” Fraser said.

Exclusion Exhibition Presidio Trust Curator Liz Noelani Melicker attributed the high number of visitors to the timeliness of the theme.

Asian Journal’s Peralta recalled that “anti-miscegenation laws prohibited Filipinos from having intimate relations with white women. The law actually was for Mongoloids (Chinese, Japanese and Koreans) but was later amended to include the Malays to which Filipinos belong. Peralta also showed signs such as ”Positively no Filipinos allowed“ or “Get rid of all Filipinos or we will burn this town down” and ”Filipinos are dogs.”

A week ago, the Little Manila Community Center in Stockton was vandalized with hate signs scrawled on its front windows.

“I have not heard anything new regarding the vandalism All that I heard was that the suspect is a female who is still at large. So far, the investigators are pursuing this as a vandalism crime,” reported Dillion Delvo, executive director of Little Manila Foundation when asked of developments on the case. “ 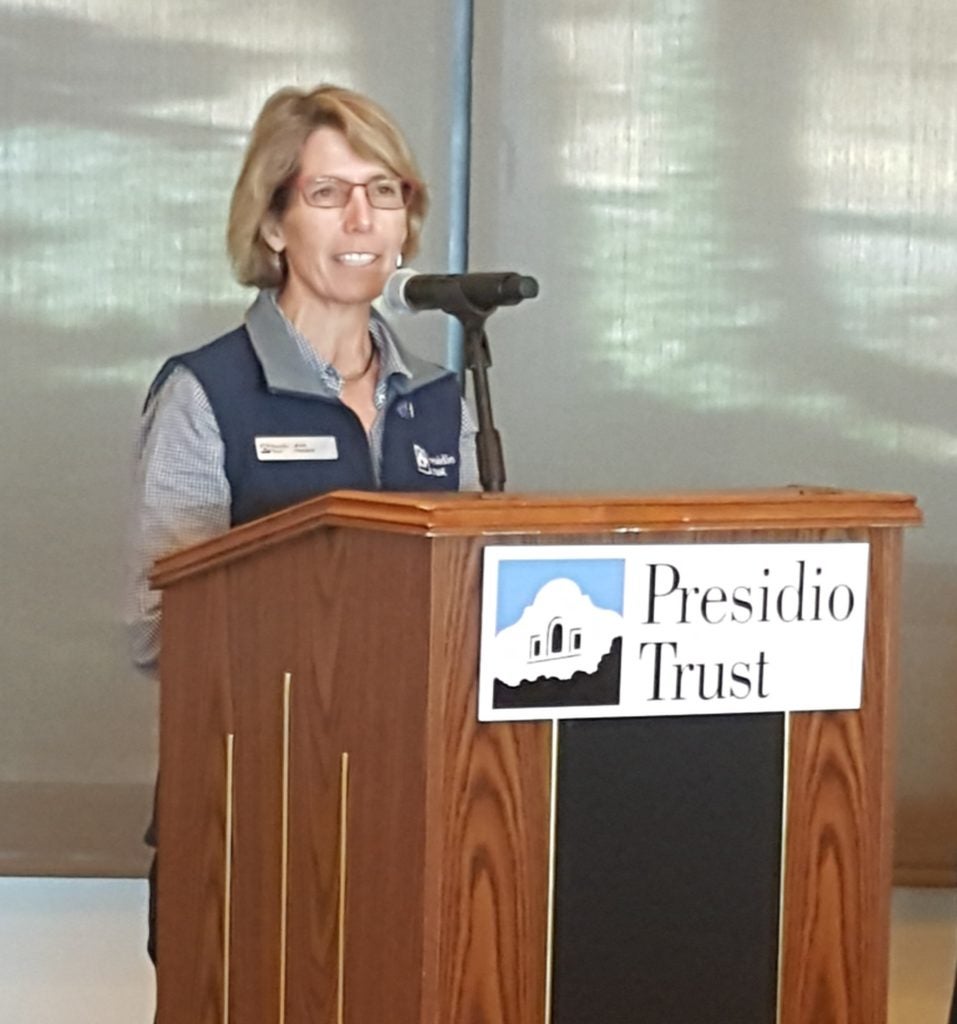 Peralta also cited the  Filipino veterans who fought in World War II with the United States Armed Forces in the Far East (USAFFE), but the 1946 Rescission Act abolished the benefits promised to them as veterans.

“Asian Americans of the Bay Area were told to go home. Swastikas have been drawn on the wall of Roosevelt high school,” Taguma recalled. “The campaign promise to make America great again had evolved to make America hate again due to incidents of hate during the last presidential elections.” 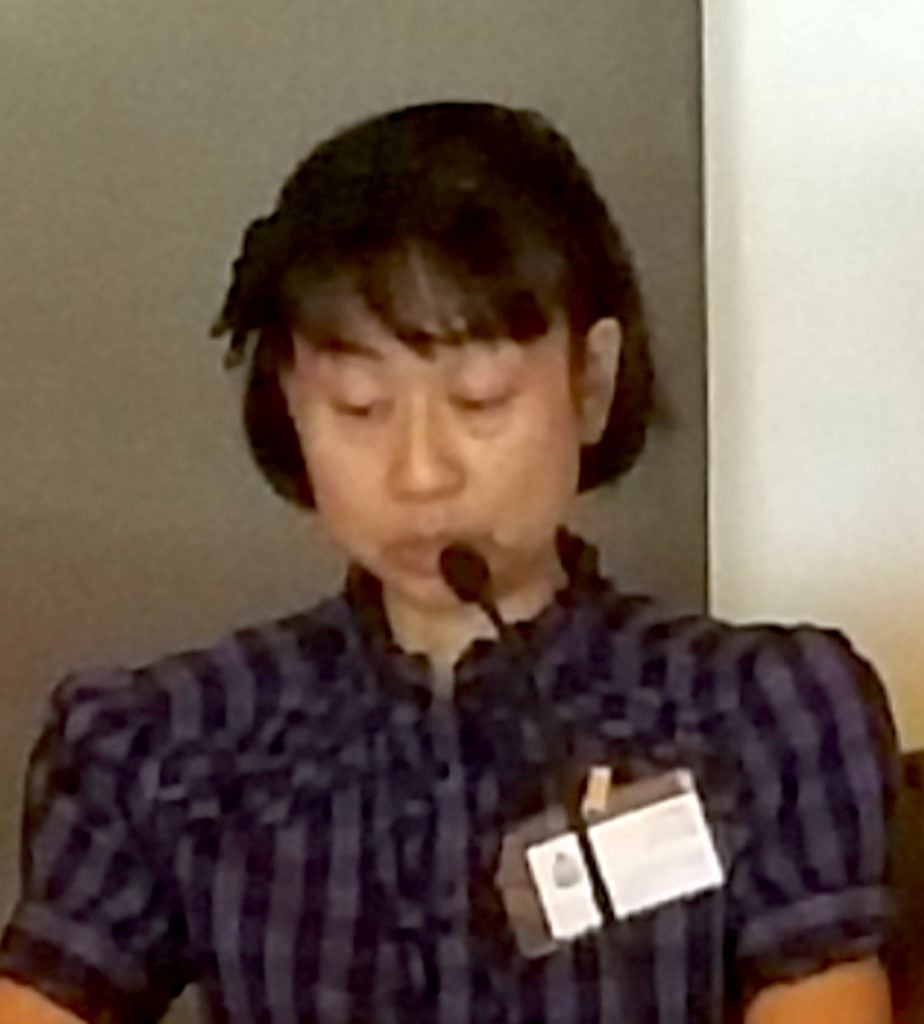 Chinese radio host Jean Ho talked about the similarities between Japanese and Chinese exclusions by the US. INQUIRER/Jun Nucum

News for Chinese radio host Jean Ho spoke of some parallelisms in the exclusions experienced by Chinese and Japanese, saying marginalization and exclusion. 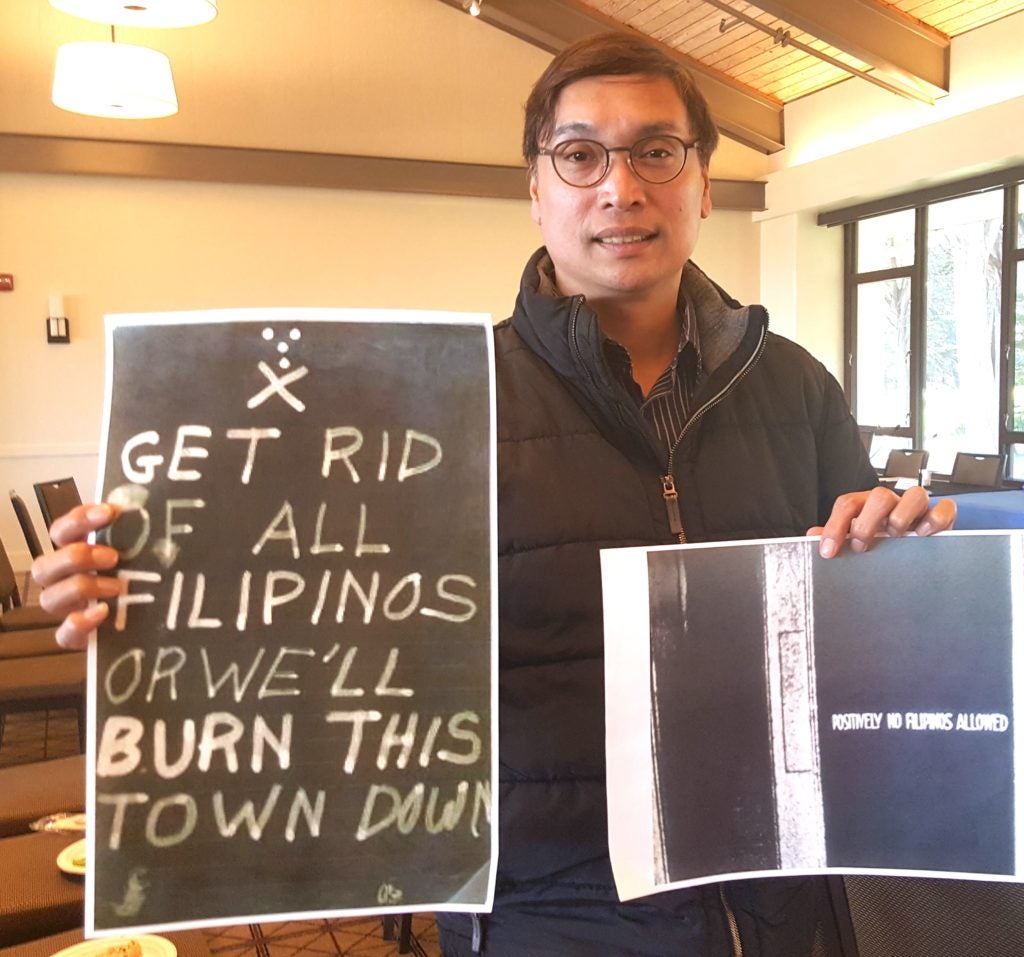 “Experts point to the parallels between the political climate of the exclusion era and today. The current presidential administration uses anti-immigration agenda to win over votes and support. Deportation of the undocumented, elimination of DACA program, proposal of border walls, travel ban and even the rights of green card holders are now becoming somewhat uncertain. So you see history repeats itself,” Ho added.

Publisher Nam Nguyen said that the Vietnamese suffered from the trauma of homeland prejudices pitting Vietnamese against fellow Vietnamese as a result of the civil war in their homeland.

“We have to recognize the manifestations of trauma to learn how we, as a community, can start healing within and even for our own prejudices in other communities which are very important,” he said.