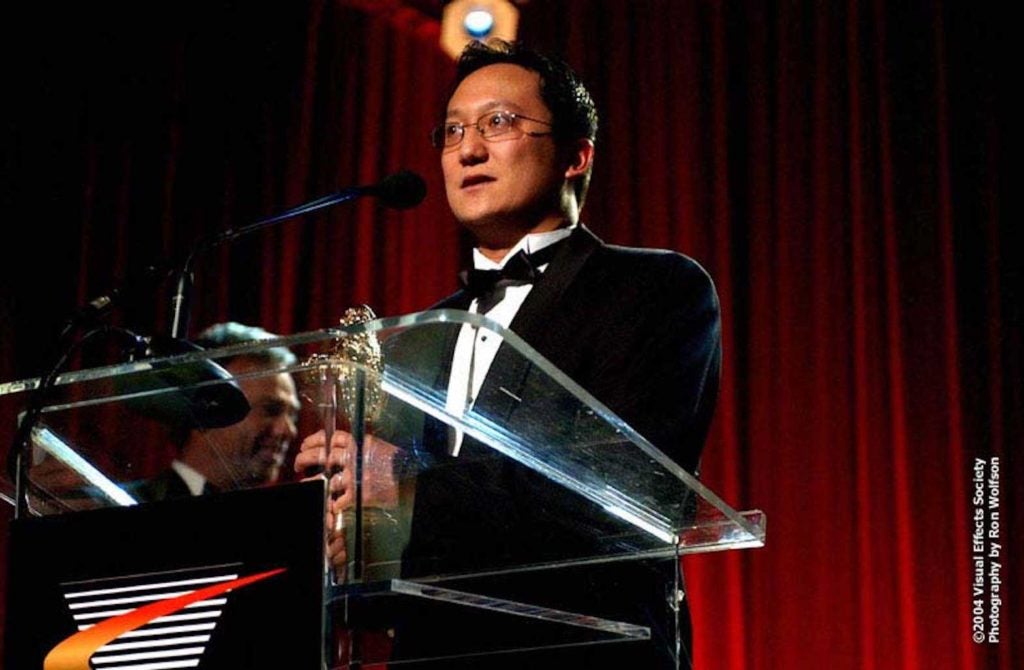 If Helen of Troy reignited our interest in Greek mythology, The Walking Dead made us sleepless, and Grey’s Anatomygave us a glimpse of medical procedures, there is one person who made the special effects believable — Anthony Ocampo.

Ocampo is a 3D artist who has been creating visual effects (VFX) for dozens of Hollywood television series, the latest being Marvel’s Loki, which premiered on June 9. Presently, he works for FuseFX.

Born in Japan, Anthony spent years in Kuwait and was no stranger to different cultures, being a son of diplomat Tino Ocampo of Sta. Rita, Pampanga, and stage actress Vivian Climaco of Cebu.

Ocampo believes that his artistic tendencies are from his Kapampangan and Cebuano sides. He and his family, however, settled in Manila.

Indeed, most of the artists and scholars I have written about over the years have been from Pampanga, or at least have Kapampangan roots. Many of them also share the same relatives – the Ocampos of Sta. Rita, Pampanga.

“If you take a look back in the history of Pampanga, the place is heavily influenced by the Spanish colonial government in terms of cultural and artistic revolution. They brought forms of arts to the province,” explains Ruston Ocampo Banal, Jr., a visual anthropologist and a multi-awarded photographer. “The Kapampangans easily embraced these as part of their consensual slavery to Spain.” 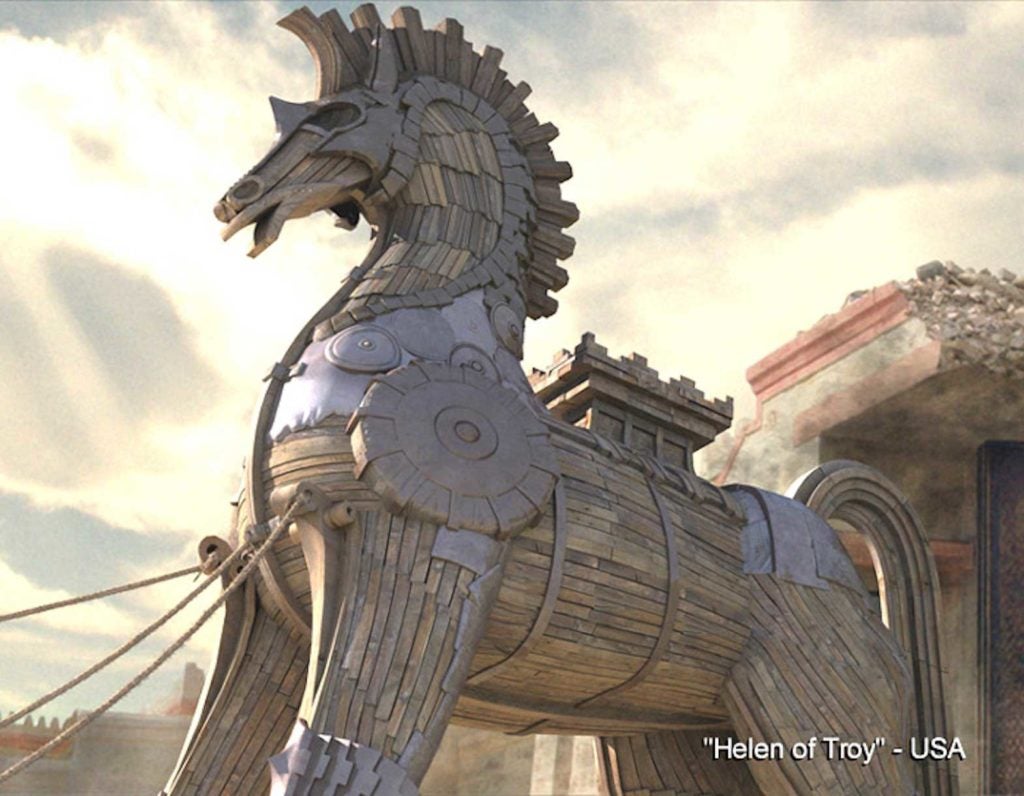 Anthony Ocampo says, “I definitely got my artistic skill from my father’s side. Galo Ocampo is a distant relative, and my grandfather is a carver. My dad didn’t pursue his art but is very good at carving and painting.”

Galo Ocampo was a noted Philippine artist whose works included the coat of arms of the Philippines and the seal of the President of the Philippines. On his maternal side, Ocampo’s grandmother is Lilian Velez-Climaco, a wartime actress and singer, and  grandfather, Jose Climaco, a director.

“I’ve always been an artist. When I was 3, my parents bought chalkboards for my brother and me. From there I fell in love with drawing,” Ocampo says.

At the age of 7, Ocampo was making realistic sketches of real-life images. But it was the movie Jurrasic Park that made him want to become a 3D artist.

A graduate of fine arts at the University of the Philippines, Ocampo majored in painting. He worked at GMA Network where he created 3D effects for weather reports, plugs and title cards  from 1996 to 2000.

Like thousands of Filipinos, Ocampo and his family joined the diaspora in 2000 to have a better life and pursue his dream of working in the Hollywood visual effects industry.

“3D artists were in great demand back then. I took a leap of faith and quit my job in the Philippines, brought my family to America on tourist visas, sent out my resume and demo reel to all effects companies in Hollywood,” Ocampo recalls.

After a month, he landed a staff job at Stargate Studios founded by Sam Nicholson, known for The Running Man and Star Trek II.

Ocampo says that most of the people he is working with are white. But he never experienced discrimination because of his nationality or color.

“My co-workers are great people and great artists and treat me like everyone else,” he says, though he admits that it was intimidating because he did not know the process and terminology.

“I was just a guy who knew the software but didn’t know the process like how 3D tracked in with the footage or was composited into live-action,” he laughs.

Ocampo did not go through any training or attend computer graphics school. He learned everything at work and by watching tutorials on YouTube, which he still does today.

Some Filipino animators have introduced their culture in the films, like in Finding Nemo, where a “bahay kubo” was in an aquarium. But Ocampo does not do that. 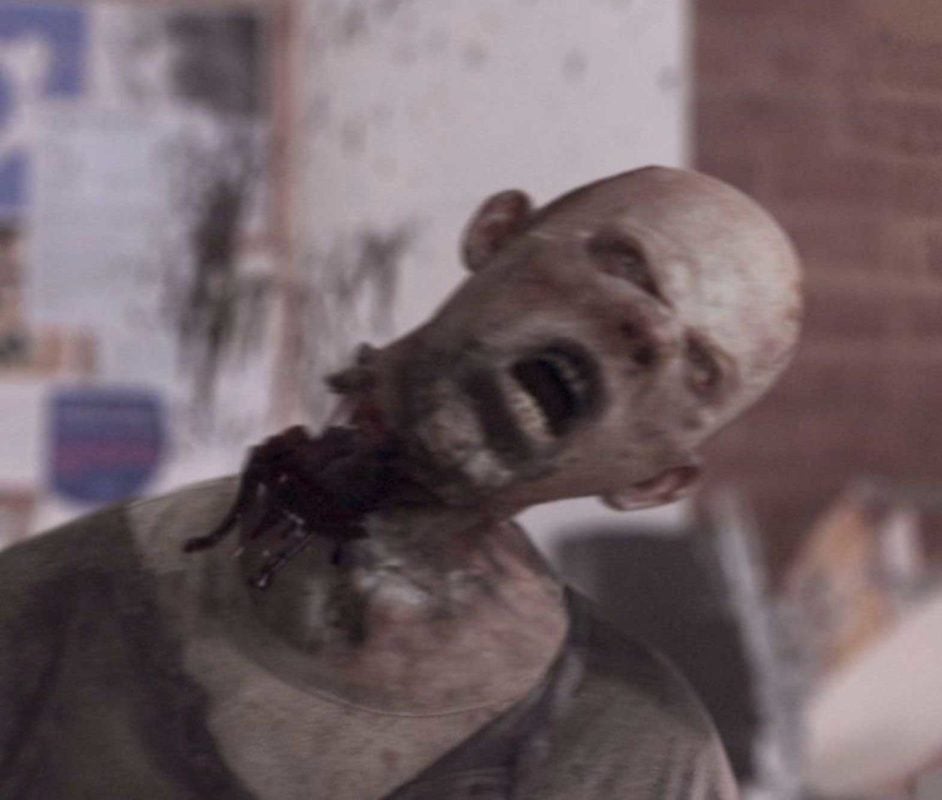 A scene from The Walking Dead.

“Clients are very specific in what they want and often noodle every pixel until they get the effect they want. I do, however, like to include myself, my friends and family into shots. Like once there was a scene in Walking Dead where all the zombies were members of the Stargate 3D department, or I put myself as the driver of a train in ER with my wife and kid as passengers,” Ocampo says.

Ocampo wouldn’t call Helen of Troy a big break, but it’s one of his biggest achievements to date as a 3D artist.

“Helen of Troy landed me my first Visual Effects Society (VES) award for my rendition of a 3D Trojan horse back in 2004. It started out as like a trial of sorts by the president of Stargate to see how competitive we could be in the world of VFX. I was skeptical that it would go anywhere, but we soon found out that we were at par with any effects company in the world as we beat out Battlestar Galactica, Buffy the Vampire Slayer with their teams of VFX artists,” Ocampo says.

Its website describes VES as “the industry’s professional global honorary society, and the prestigious yearly celebration recognizes outstanding visual effects artistry and innovation in film, animation, television, commercials and video games and the VFX supervisors, VFX producers and hands-on artists who bring this work to life”

The Walking Dead in its second season is also memorable for Ocampo.

“It had to be photo-real up close while having his head hacked off. It was special for me because I wasn’t just a ‘behind the scenes’ guy but I was very much a huge fan of the show.”

Ocampo and the Stargate team won a couple more VES awards and some Emmy nominations for The Walking Dead, Grey’s Anatomy, and others.

Do 3D artists get to rub elbows with the celebrities?

“Usually it’s the VFX supervisor who works on set and gets to work directly with actors. As a CG supervisor I work mostly at the office and deal with adding my 3D graphics to the footage. I did get to meet the cast of The Walking Deadthough at premiere screening party and the cast of ER back in 2004,” Ocampo says.

As a traditionally trained painter, Ocampo does not forget the fundamentals of art. He also mentions that communication is essential in working at VFX. It may be difficult for many artists that are usually introverted.

“Don’t rely all the time on the software. Obviously, knowledge of the software package is essential, but that alone won’t get you very far. The best 3D artists are the ones who were artists first who learned a new form of expression in 3D graphics,” Ocampo advises.

Ocampo believes that Filipino artists can penetrate the global market because of their world-class skills. However, there are not many VFX studios in the Philippines.

“Right now, Fuse FX is in dire need of outsourcing work due to tracking and rotoscoping companies outside the U.S. being completely booked. This is where the Philippines could have more presence in Hollywood,” Ocampo says.

His advice to artists:

“Don’t lose that dream. You don’t have to work in Hollywood to be a successful VFX artist. Many movies have their effects done outside the US. Don’t stop learning. I’ve been in VFX for 21 years and I still have a lot to learn. And don’t forget that in the end, it’s still an art and not about punching numbers into a console.”