Biden sets up ‘strike force’ to go after China on trade

Biden sets up ‘strike force’ to go after China on trade 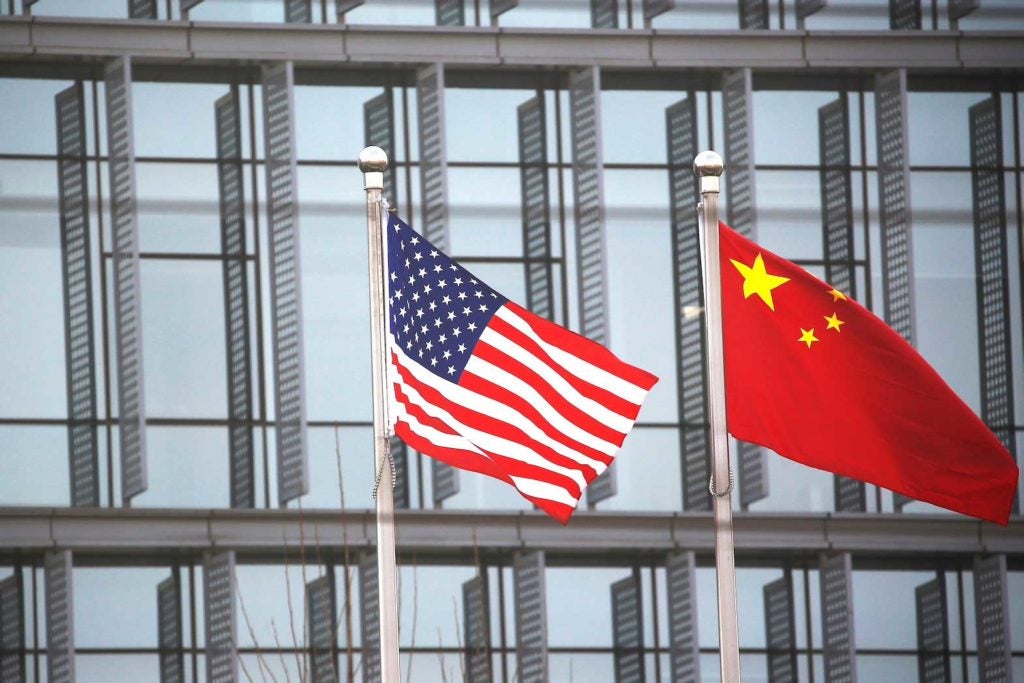 Chinese and U.S. flags flutter outside the building of an American company in Beijing, China, January 21, 2021. REUTERS/Tingshu Wang

WASHINGTON  – The United States will target China with a new “strike force” to combat unfair trade practices, the Biden administration said on Tuesday, as it rolled out findings of a review of U.S. access to critical products, from semiconductors to electric-vehicle batteries.

The “supply chain trade strike force,” led by the U.S. trade representative, will look for specific violations that have contributed to a “hollowing out” of supply chains that could be addressed with trade remedies, including toward China, senior administration officials told reporters.

Officials also said the Department of Commerce was considering initiating a Section 232 investigation into the national security impact of neodymium magnet imports used in motors and other industrial applications, which the United States largely sources from China.

President Joe Biden ordered the review of critical supply chains in February, requiring executive agencies to report back within 100 days on risks to U.S. access to critical goods like those used in pharmaceuticals as well as rare earth minerals, for which the United States is dependent on overseas sources.

Though not explicitly directed at China, the review is part of a broader Biden administration strategy to shore up U.S. competitiveness in the face of economic challenges posed by the world’s second largest economy.

“Semiconductors are the building blocks that underpin so much of our economy, and are essential to our national security, our economic competitiveness, and our daily lives,” U.S. Commerce Secretary Gina Raimondo said in a statement. Other top U.S. economic officials are scheduled to address reporters at the White House at 1 p.m. (1700 GMT).

The United States faced serious challenges getting medical equipment during the COVID-19 epidemic and now faces severe bottlenecks in a number of areas, including computer chips, stalling production of goods such as cars.

U.S. agencies are required to issue more complete reports a year after Biden’s order, identifying gaps in domestic manufacturing capabilities and policies to address them.

TRADE WARS WITH ALLIES NOT WANTED

A senior official said the United States had faced unfair trade practices from “a number of foreign governments” across all four of the supply chains covered in the initial review, including government subsidies and forced intellectual property transfers.

“Obviously, a number of Chinese industrial policies have contributed to vulnerable U.S. supply chains,” the official said. “I think you are going to see this strike force focusing in feeding into some of our China policy developments.”

The United States was not looking to “wage trade wars with our allies and partners,” the official added, noting the strike force would be focused on “very targeted products.”

But the senior officials offered little in the way of new measures to immediately ease chip supply shortages, noting in a fact sheet that the Commerce Department would work to “facilitate information flow” between chip makers and end users and increase transparency, a step Reuters previously reported https://www.reuters.com/business/autos-transportation/exclusive-facing-chips-shortage-biden-may-shelve-blunt-tool-used-covid-fight-2021-05-05.

In medicine, the administration will use the Defense Production Act to accelerate efforts to manufacture 50 to 100 critical drugs domestically rather than relying on imports.

And to address supply bottlenecks from lumber to steel that have raised fears of inflation, the administration is starting a task force focused on “homebuilding and construction, semiconductors, transportation, and agriculture and food.”

Semiconductors are a central focus in sprawling legislation currently before Congress, which would pump billions of dollars into creating domestic production capacity for the chips used in everything from consumer electronics to military equipment.

Biden has said China will not surpass the United States as a global leader on his watch, and confronting Beijing is one of the few bipartisan issues in an otherwise deeply divided Congress.

But some lawmakers have expressed concerns that a package of China-related bills includes huge taxpayer-funded outlays for companies without safeguards to prevent them from sending related production or research to China.

The official said a measure of success of the supply chain effort would be more diverse suppliers for crucial products from like-minded allies and partners, and fewer from geopolitical competitors.

“We’re not going to build everything here at home. But we do have to see more domestic manufacturing capability for key products,” the official said.

LATEST
Where’s the beef? Wendy’s, McDonald’s are sued over fake burger sizes
U.S. to allow 35,000 more guest workers as summer nears
SpaceX is set to become the most valuable U.S. startup
You’re Doing It Wrong: How to Use Long-Tail Keywords to Gain Traffic
Elon Musk requires proof on share of spam bot on Twitter for deal to progress
Starbucks to add abortion travel coverage to U.S. health benefits