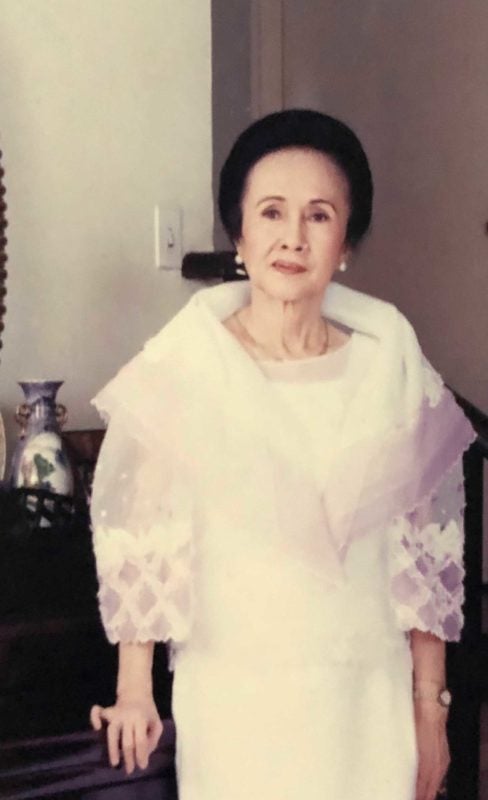 Popular radio star Ester Chavez, Queen of Filipino Radio Drama, passed away at 93. She started her radio career at 17 and was still doing radio once a week at the age of 87. It gave her purpose and joy.

Her voice is recognizable to several generations of Filipino radio listeners. She was a star in Tiya Dely’s daily radio drama. In between her radio programs as talent and producer, she had 56 movie credits to her name, shot from 1976 to 2004. She was in numerous TV series such as Anna Liza, Home Along the Riles, and Tang-tarang-tang among others, with outstanding actors like Vilma Santos, and Eddie Garcia, comedians Dolphy, Pugo, and Patsy Pachochay. She was no stranger to award winning directors such as Lino Brocka, Lupita Kashiwahara and Mario O’Hara.

In retirement and even in illness, she retained her perfect comic timing and wit. She could crack up her family and caregivers with her dry humor. “Aling Chayong” of the famed radio drama “Ilaw ng Tahanan” (Light of our home), made her final curtain call on May 31, 2021.

Ester Chavez was married to the late Col. William Chavez. She is survived by her sons Armando “Mandy,” and Andrew “Ji.” Her only daughter, Annabelle “Bebet,” passed in August 2020. Ester has ten grandchildren and four great grandchildren. To them, she will always be a superstar.