Hidden flavors of the PH kitchen revealed in Toronto

Hidden flavors of the PH kitchen revealed in Toronto 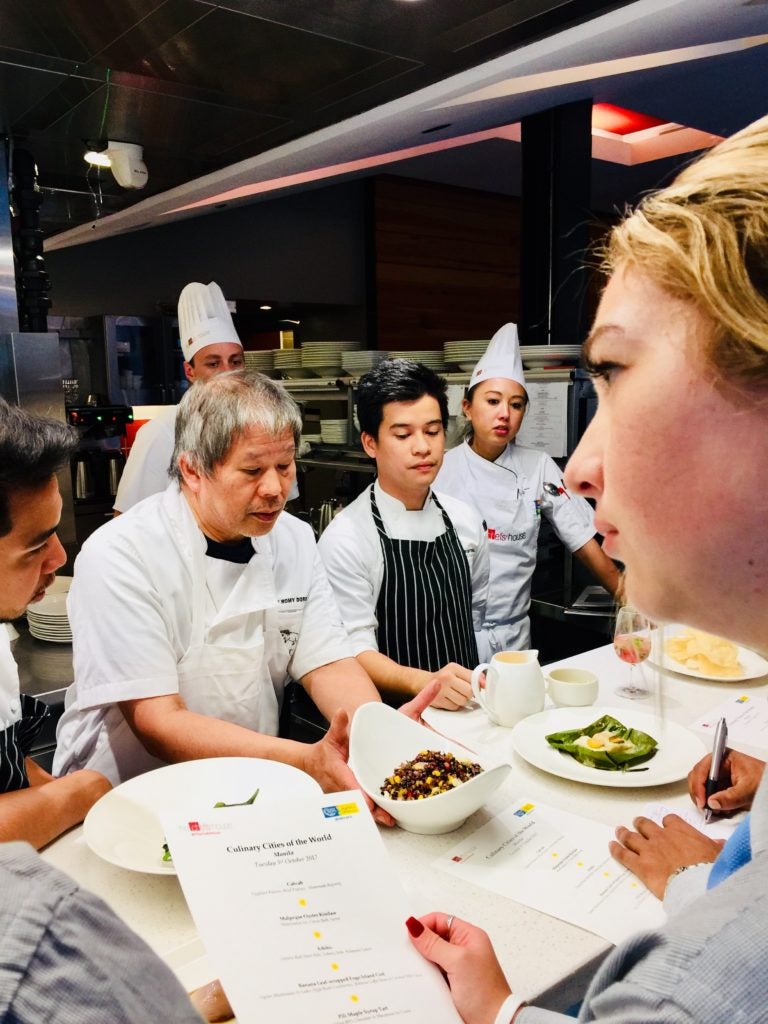 TORONTO, Ontario — Chef Romy Dorotan and his wife, restaurateur Amy Besa, cooked up a healthy dose of nostalgia for Torontonians lucky enough to snag an invite to a special dinner hosted by the Philippine Consulate General in Toronto, in collaboration with George Brown College’s School of Hospitality and Culinary Arts.

The event, held October 3 at George Brown’s The Chef’s House on King Street East, is one highlight of the couple’s five-city culinary tour dubbed “Hidden Flavors of the Philippine Kitchen” presented by Philippine Consulates General in North America and sponsored by the Philippine Department of Foreign Affairs (DFA).

The special dinner, prepared by Chef Dorotan and his team of chefs from their restaurants in New York and the Philippines named “Purple Yam,” featured the familiar taste of well-loved staple dishes from home, but showcased Dorotan and Besa’s signature “cuisine of freshness” which, Dorotan clarifies, involves “different combinations of (tastes from the) sea and nature, imparting integrity and quality to Filipino cuisine.” 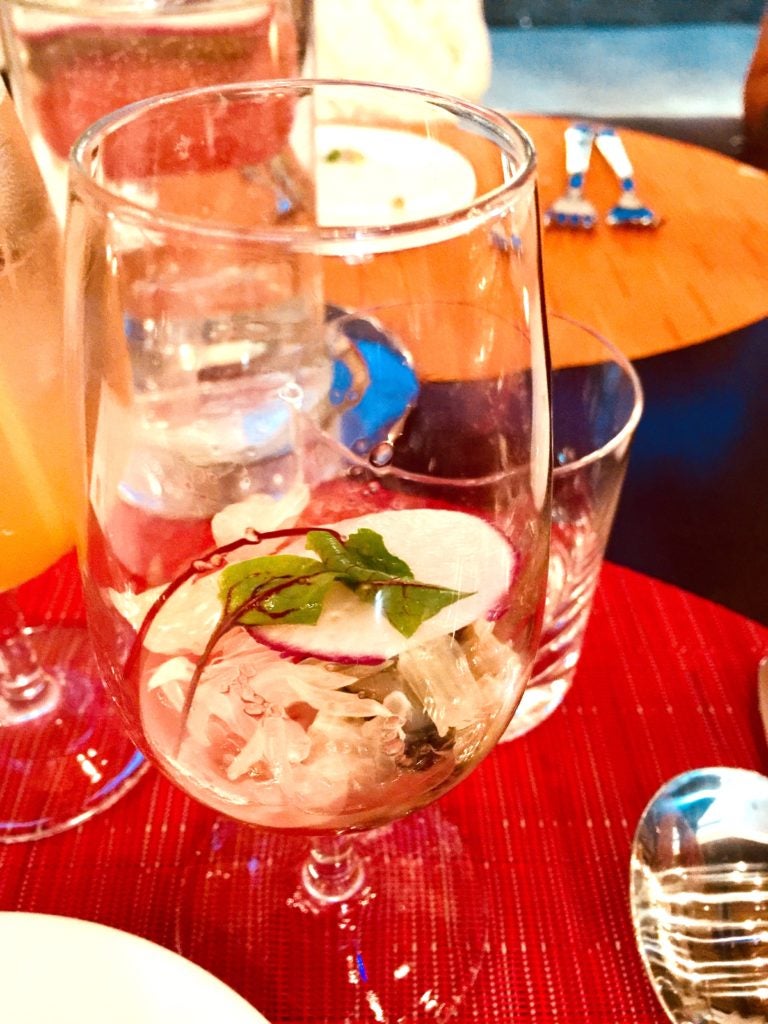 “We source heirloom rice from different regions of the Philippines,” he explains, “from the Cordillera rice terraces, to Laguna, Rizal and Quezon.”  The rice varieties are native and hardy, organic and ethically sourced.

“Honeys are from small-scale beekeepers in Palawan, Bicol, Iloilo.  The vinegars are all naturally fermented from coconut sap, sugarcane, nipa–everything natural,” he adds.

The menu crafted by Chef Romy and his army of Purple Yam chefs for the special dinner was both familiar and intriguing, melding Philippine flavors and Canadian ingredients. 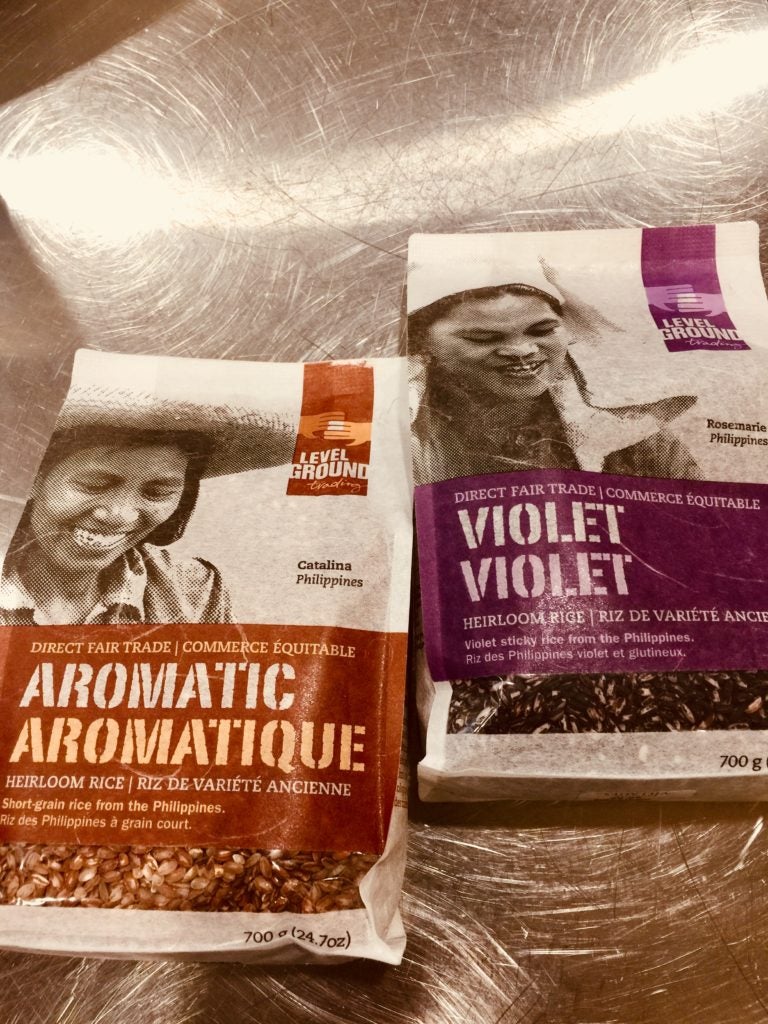 The intro of Cabcab featured eggplant Kulawo and Bicol Express served with crisp light-as-air cassava chips, followed by Malpeque oysters from the Maritimes prepared as kinilaw.  The oysters were served in individual crystal mini goblets, on a bed of shaved watermelon ice, with a citrus bath and sorrel.

There were two entrees.  Adobo of Ontario beef short ribs cooked in sukang Iloko and flavored with kalumata (anise) leaves, paired with a hearty sinigang soup, which was served in individual tiny cups. The fish entree had Fogo Island cod from Newfoundland, wrapped in banana leaves and served with oyster mushroom and leeks, high bush cranberries and Robusta coffee bean and coconut milk sauce. 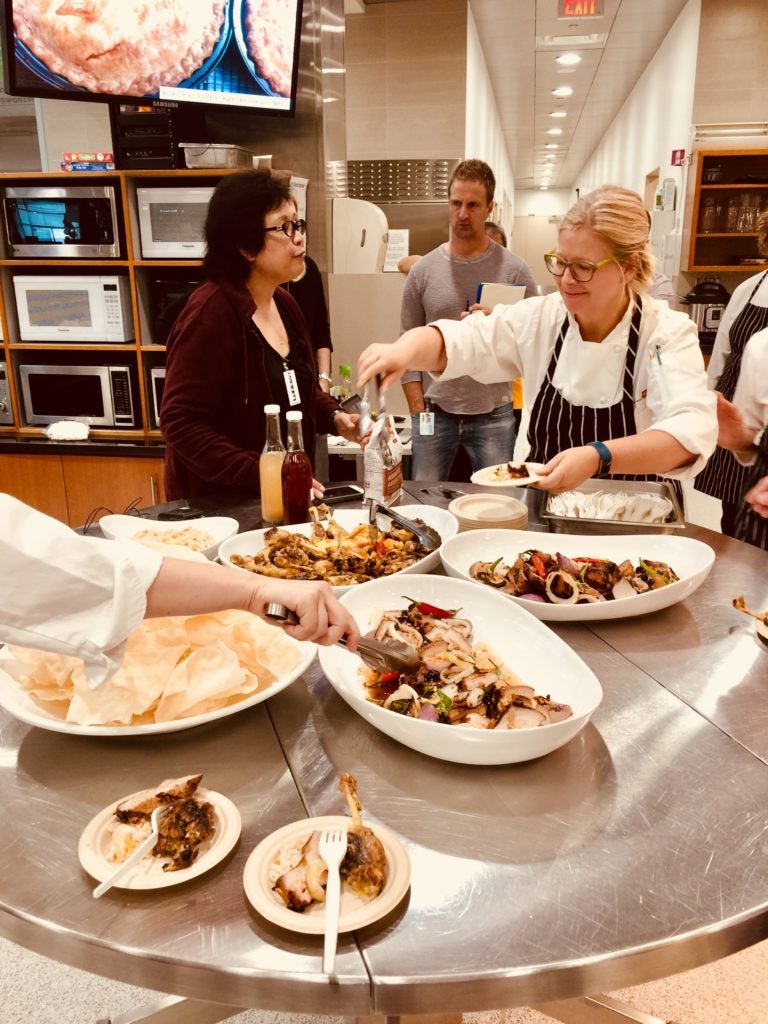 For dessert, there was pili maple syrup tart–an intriguing combo of pili nuts, which can only be found in the Philippines, and maple syrup–an iconic symbol of Canada.

After dinner, guests were treated to a medley of Filipino dances– Kumintang, Subli and the Tinikling– by the Folklorico Filipino Canada troupe.

On October 4, Amy, Chef Romy and the Purple Yam chefs did a demonstration at the Loblaws’ head office test kitchen in Brampton, Ontario.  While Chef Romy cooked, Amy gave the attending Loblaws test chefs a history of the development of Filipino cuisine, giving the background of indigenous or environmental cuisine (sourced from what is available in nature) and borrowed foods, which are the result of trade, wars, colonialization and globalization. 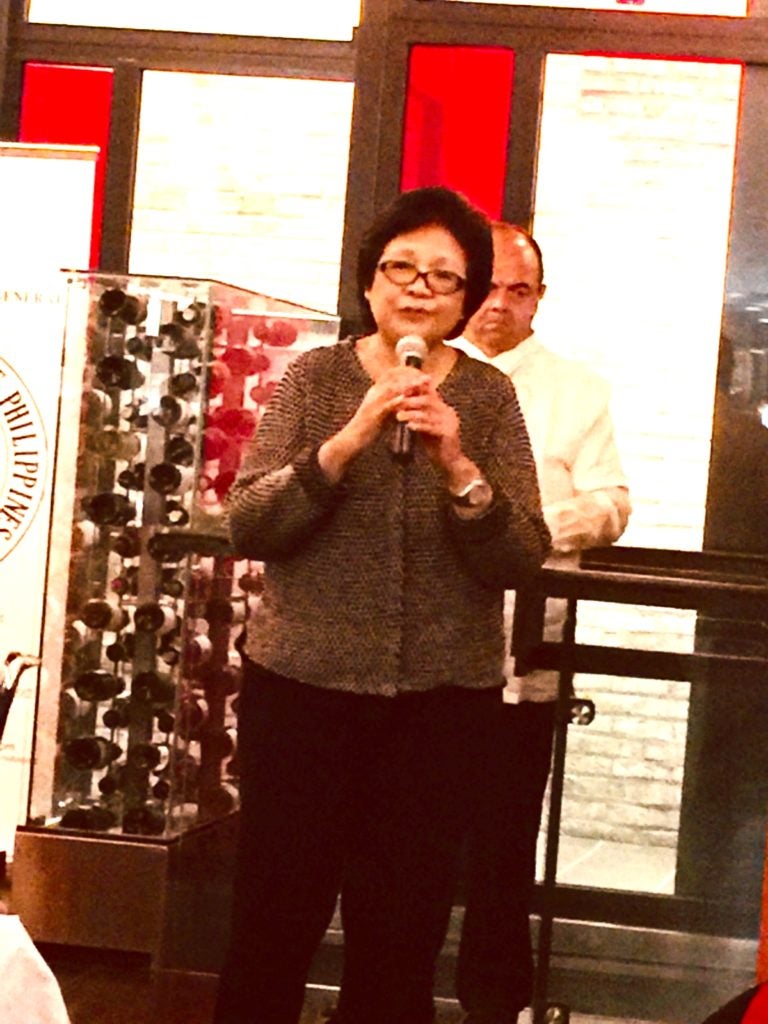 Amy brought up an interesting tidbit–of the Mexican influence on Filipino cuisine, and the cultural influences that may have leached into our language.  “The Nahuatl or Aztec term for mother is nanay and tata for father,” she says, “but (a) more profound (idea), is the indigenization of borrowed foods.” 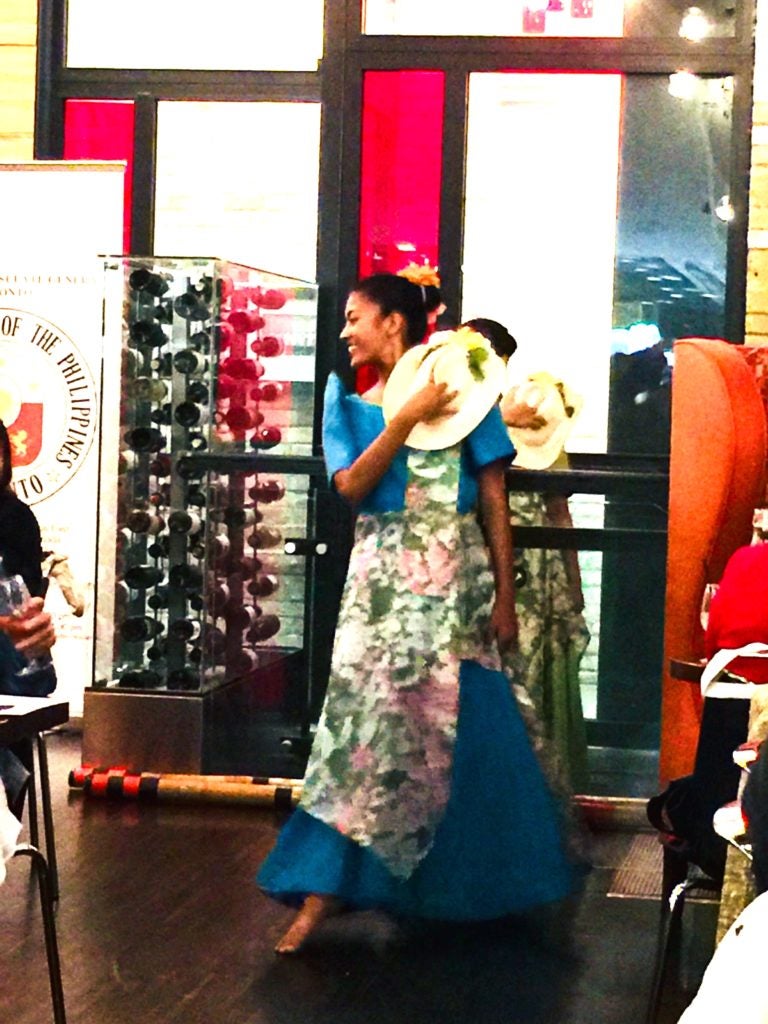 Amy and Chef Romy have been in the restaurant business in New York City for the past 22 years, beginning with Cendrillon in Manhattan in 1995.  After 13 years–in 2009–they opened Purple Yam in Ditmas Park, Brooklyn.  Purple Yam Malate came next in 2014, located in Amy’s childhood home.  A kiosk at Estancia Mall in Pasig opened December 2015, serving homemade ice cream and Filipino delicacies like buko pie and bibingka (rice cakes) made with heirloom rice from the Cordilleras.

Amy Besa and Romy Dorotan are coauthors of the award-winning cookbook, Memories of Philippine Kitchens (2006, Stewart, Tabori and Chang, NYC) which received the Jane Grigson Award for distinguished scholarship and research and for the quality of its writing by the International Association of Culinary Professionals (IACP) in Chicago in 2007.

A second edition was released May 2012 with the last chapter revised to reflect the move from Cendrillon to Purple Yam and the authors’ purpose of “showcasing Asian culinary values and rediscovering the Filipino palate.”