Chris Paul collected 18 points and nine assists to lift the visiting Phoenix Suns to a 100-92 victory over the Los Angeles Lakers on Sunday afternoon in Game 4 of their Western Conference first-round playoffs.

Devin Booker and Jae Crowder each scored 17 points and Deandre Ayton recorded 14 points and 17 rebounds for the Suns, who evened their best-of-seven series with Los Angeles at two wins apiece. The teams reconvene in Phoenix on Tuesday for Game 5.

LeBron James had 25 points and 12 rebounds for the Lakers, who saw Anthony Davis exit the contest with a strained left groin following a drive to the basket with 48.3 seconds left in the second quarter. Davis made just 2 of 9 shots for six points before departing. 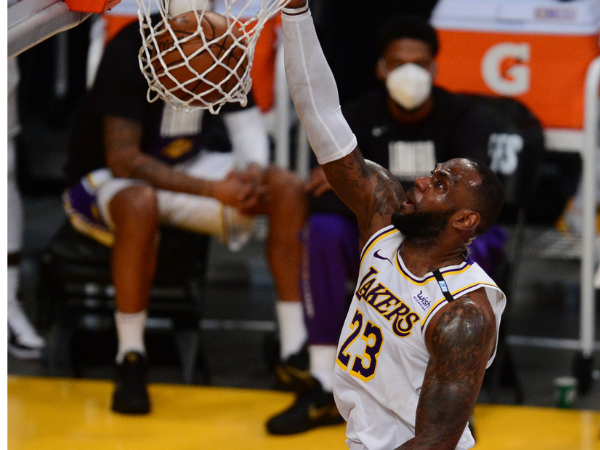 Los Angeles, California, USA; Los Angeles Lakers forward LeBron James (23) dunks for a basket against the Phoenix Suns during the second half in game four of the first round of the 2021 NBA Playoffs. at Staples Center. Mandatory Credit: Gary A. Vasquez-USA TODAY Sports

Phoenix exploited Davis’ absence in the third quarter, outscoring Los Angeles by a 27-15 margin to take an 81-65 lead. James sank a free throw to trim Phoenix’s lead to 95-88 with 2:40 left in the fourth quarter. Crowder stopped the momentum by drilling a corner 3-pointer with 1:23 to play.

Kawhi Leonard had 29 points and 10 rebounds to help Los Angeles even its Western Conference first-round playoff series against host Dallas with a win in Game 4. 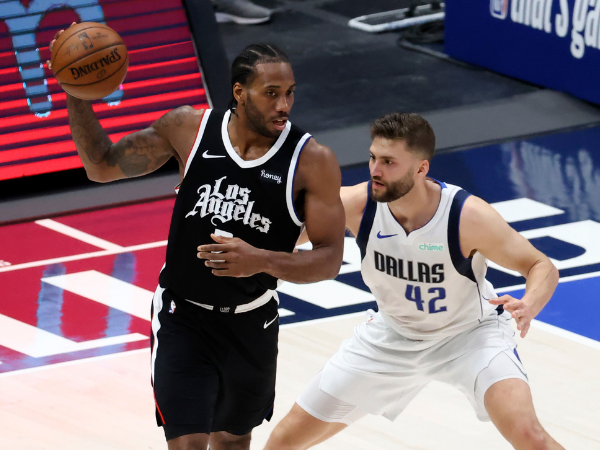 Paul George added 20 points and nine rebounds for the Clippers, who lost the first two games of the series in Los Angeles before bouncing back to win the next two on the road. Reggie Jackson scored 15 points.

Mavericks All-Star Luka Doncic, who had averaged 38 points in the first three games of the series, was limited to 19 points, six rebounds and six assists. He made just 9 of 24 shots from the field, including 1-for-7 from 3-point range.

Kevin Durant scored 42 points and Kyrie Irving added 39 as Brooklyn took control in the second quarter and pulled away in the third in a rout of host Boston in Game 4 of its Eastern Conference first-round series. 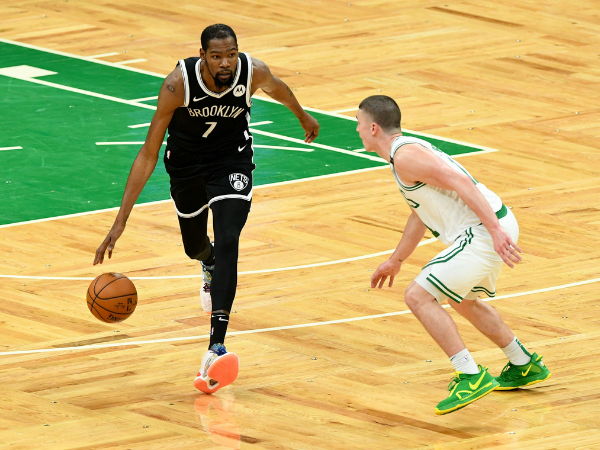 Boston, Massachusetts, USA; Brooklyn Nets forward Kevin Durant (7) dribbles the ball in front of Boston Celtics guard Payton Pritchard (11) during the second half of game four in the first round of the 2021 NBA Playoffs. at TD Garden. Mandatory Credit: Brian Fluharty-USA TODAY Sports

The Nets, the No. 2 seed in the East, lead the series three games to one and can secure their first trip to the conference semifinals since 2014 on Tuesday night in Brooklyn. Durant produced his 12th career 40-point postseason game by shooting 14 of 20 from the field and hitting all 11 of his free throws.

James Harden added 23 points and a playoff career-high 18 assists to fall one shy of the franchise’s playoff record for assists set by Jason Kidd against Toronto in 2007. Jayson Tatum followed up his 50-point game from Friday by scoring 40 but Boston had little answers defensively for the Brooklyn’s stars. 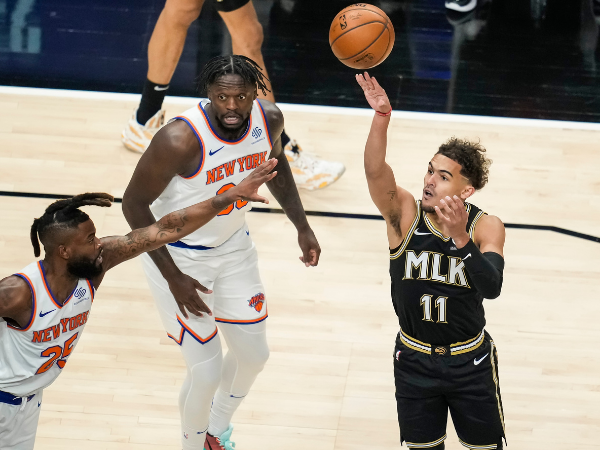 Atlanta’s Trae Young torched visiting New York for 27 points and led the Hawks to a blowout win in Game 4, giving them a 3-1 lead in the Eastern Conference first-round series.

New York was led by Julius Randle with 23 points, on 7-of-19 shooting, with 10 rebounds and seven assists. RJ Barrett scored 21 and Derrick Rose added 18 points and six assists.