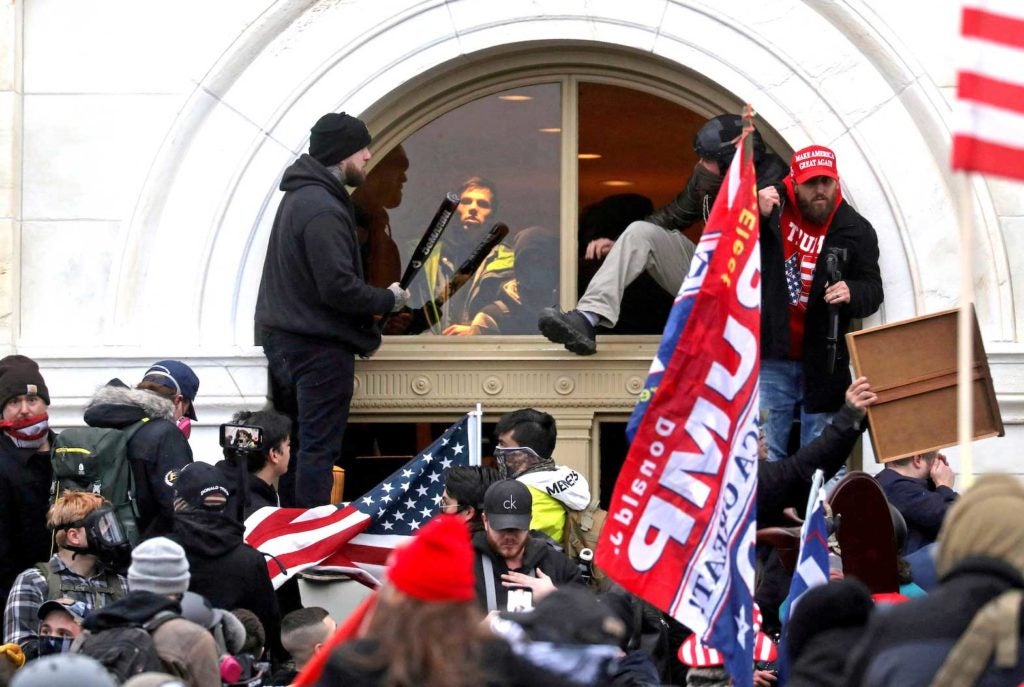 A mob of supporters of then-U.S. President Donald Trump climb through a window they broke as they storm the U.S. Capitol Building in Washington, U.S., January 6, 2021. REUTERS/Leah Millis

WASHINGTON – Republicans in the U.S. Senate on Friday derailed a bipartisan inquiry into the deadly assault on the Capitol by former President Donald Trump’s supporters, despite a torrent of criticism they were playing down the violence.

Democrats and some moderate Republicans had called for a commission to probe the events leading up to and on Jan. 6, when hundreds of supporters of Trump, a Republican, stormed the Capitol, fighting with police, urging violence against lawmakers and delaying the formal certification of President Joe Biden’s election victory. The violence left five dead including a Capitol Police officer.

The measure failed by a vote of 54 to 35, short of the 60 votes needed to advance the legislation in the 100-member Senate.

“What are you afraid of – the truth?” Senate Democratic Leader Chuck Schumer said on the Senate floor.

Senate Republican Leader Mitch McConnell has argued that the commission would duplicate work done by other congressional committees, as well as a sweeping federal criminal investigation that has so far has resulted in the arrests of more than 440 people.

But Republicans are also concerned that the commission, modeled on one that probed the Sept. 11, 2001, attacks, would focus attention on the violence and on Trump’s persistent false claims about the 2020 election well into next year’s midterm congressional election campaigns.

The proposal already passed the House of Representatives with the support of all Democrats and one in six Republicans.

“We just can’t pretend that nothing bad happened, or that people just got too excitable. Something bad happened. And it’s important to lay that out,” Senator Lisa Murkowski, who supported the measure, told reporters late on Thursday.