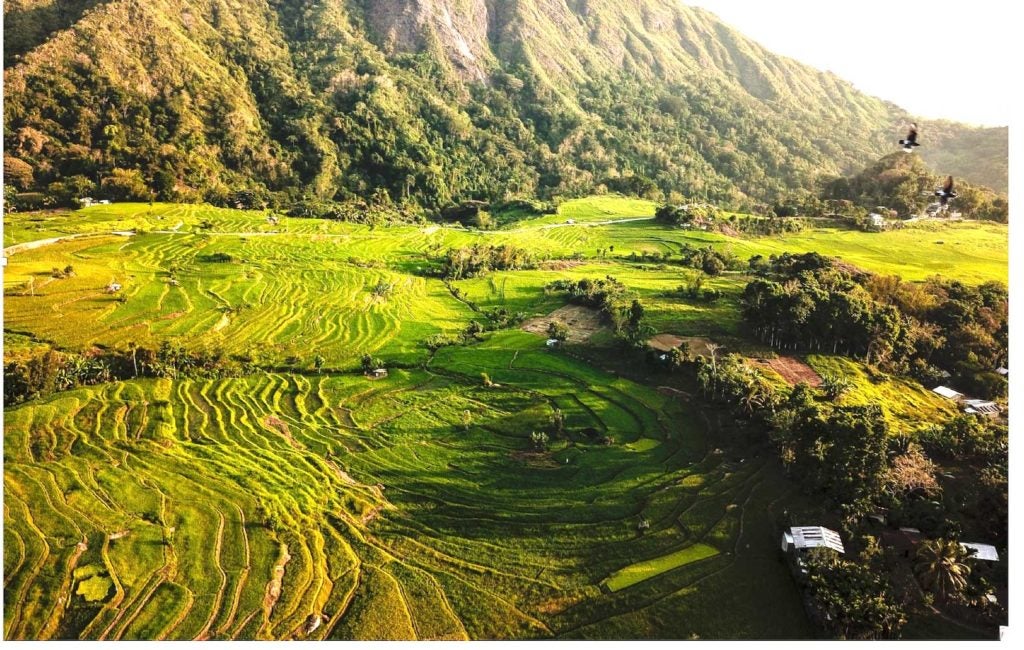 “If you want to know about pre-Hispanic Philippines, go up to the Cordilleras and you’ll experience how original Filipinos lived.” Almost everyone who went through the Philippine basic educational system has been exposed to this idea. The concept also falsely advances the notion that being Indigenous means unchanging cultures through centuries of existence. It’s as if that Indigenous Filipinos have been cast in stone soon after the arrival of Magellan. In fact, the 500th year of the first recorded contact with Europeans would have been a great opportunity to emphasize Philippine cultural diversity and Indigenous histories, but most of the celebratory events so far have focused on the changes brought by the long Spanish colonialism, glorifying the Hispanization of the islands.

Philippine history textbooks and history curricula reflect the glaring absence of Indigenous Philippines in our historical narratives. Perhaps, it is part of the response to the need to define what is Filipino. However, it neglects the dynamic ways in which Indigenous groups responded to the pressures of colonization. Most importantly, the Philippines may have gained its political independence, but the colonial experiences of Indigenous Filipinos endure. As an anthropology undergraduate student at the University of the Philippines-Diliman, I was exposed to different ways of looking at history, which encouraged me to pursue a graduate degree in anthropological archaeology, well, not to mention the influence of Dr. Henry Jones, Jr.

An example of the pervasive colonial legacy is the myth-like status of the Waves of Migration Theory (WMT) learned by students who went through the Philippine elementary and high school systems. The WMT was initially proposed by Spanish-era scholars, such as Ferdinand Blumentritt and Joseph Montano. H. Otley Beyer, the Father of Philippine Anthropology, popularized this model, articulating the waves of migration with the prevailing diffusionist thought of his time. The model explains the peopling of the Philippines that racializes cultural differences, arguing that newer populations, who have lighter skin tones, possess ed superior technology than those populations with darker skin tones. The concept of Indigeneity in the Philippines is also largely based on the WMT, contrasting the cultures of those who converted to Christianity and Islam with those of peoples who maintained local religions.

Understanding the dominance of the WMT in Philippine history requires a background in the history of archaeology in the Philippines. Professional archaeological research in the country did not start until after the establishment of the American colonial government in 1898. Previously, archaeological work was carried out through an antiquarian endeavor, which popularized the notion that archaeology is a treasure-hunting project. When trained archaeologists conducted research in the Philippines, these were mainly focused on descriptions (e.g., what, where, when, and who questions). Explanations on why or how cultural changes happened were dispensed with.

The need for extensive historical descriptions is a product of centuries of colonialism, where local histories were supplanted by the histories of the colonial overlords. The ensuing sociopolitical and economic instability that followed independence also fueled the need for shared identity based on precolonial ideals. Thus, historical descriptions and archaeological research played an important role in legitimizing claims of sovereignty and generating capital from heritage tourism. Examples of these are the Marcos-era state-sponsored research on the Tasaday Stone Age Tribe hoax (the Tasaday are real Indigenous Philippine group), the use of Manuggul images in national iconography, and the Butuan boat/balangay research.

These research programs provide recognition of the archaeology and deep history of the Philippines, but there needs to be a broader focus on highlighting diversity. As exemplified by the Tasaday hoax, the trap of romanticizing the past by looking for “authentic” precolonial Philippine cultures exists.

Understanding the deep past is important but it should not be the basis of national pride. Our archaeological tradition is still heavily invested in reconstructing pre-colonial societies, so much so that pseudo-nationalists appropriate the narrative to talk about “authentic” and “original” Filipino culture. This is evident in the Eurocentric chronologies proposed for the Philippines.

Archaeology and the Three-Age System

Philippine archaeology has to contend with the colonial foundations of the discipline in the country and the hegemonic status of the Three-Age System (Stone Age, Bronze Age, and Iron Age) in the region, including the broader Southeast Asian archaeology. The Three-Age Model was developed for Scandinavia and imposed to Southeast Asia through its application in Northeast Thailand archaeological record, particularly the reference to the Bronze Age (and the farmer-led migration in island Southeast Asia and the Pacific, the so-called Austronesian Hypothesis. Recent archaeological data now refute these models. Thirty years of bioarchaeological investigations in Northeast and Central Thailand have consistently found patterns that challenge assumptions of the Three Age model (e.g., rice farming appeared long after the supposed Bronze Age).

Intrinsic in the Three-Age System and archaeology, in general, is the distinction between history and prehistory. The distinction is disparaging to most Indigenous peoples as the term “prehistory” can refer to groups who have histories but lack the means to write about them. Avoiding the use of the term allows us to shun the arbitrary division between events recorded in written documents and those traditionally studied by archaeology. Perhaps using the term, deep history, can help us break this dichotomy and facilitate a focus on historical continuum, rather than on specific periods.

As exemplified by the anecdote described at the beginning of this essay, our lack of understanding on how Cordilleran peoples co-opted the Spanish colonial system trapped us into categorizing highland peoples as pristine; entities that were not “tainted’ by historical events. The failure of the Spanish to conquer the Cordillerans became the basis for the misconception that these groups were isolated from colonial centers, and thus, are untainted by European impacts. They then became invisible in the narratives espoused by colonial scholars. As my friend and colleague John Terrell of the Field Museum in Chicago said, diversity (and ethnicity) is not inherently a product of isolation. Instead, diversity is not only a way of “being different” but also a way of “having something to offer.”

Imagined identities were also constructed to contrast highland groups, like the Ifugao, lumped together under the name Igorot, who were hypothesized to have arrived in the Philippines much earlier and retreated further and further into the mountains as additional waves of people arrived. The lumping of various groups into a single constructed identity falsely denotes that pre-Spanish Philippines was a monolithic culture, ignoring the diversity of Philippine groups prior to Spanish colonization, or the diversity that persisted even after Spanish contact.

Asserting Indigenous rights in the Philippines today sometimes means being tagged, or worse, killed, as anti-government entities. Particularly when the Indigenous claim ownership to their lands. Before the ratification of the Indigenous Peoples Rights Act, all Indigenous peoples in the country were squatters in their own ancestral domains because of the application of Spanish-era Regalian Doctrine and the Public Domains concept of United States, which the Philippine state maintained after independence.

So, beyond the 500th year of the first recorded Spanish contact, let us honor our Indigenous histories. Let us emphasize the diversity of Filipino as an ethnicity rather than try to define what it is. Our Indigenous histories deepen our connectedness to the land and our global neighbors. The 500th year of Spanish contacts should serve as motivation to put Philippine Indigenous histories on the front seat of archaeological and historical research programs in the country. Perhaps, this could spur change in our heritage statutes and agendas that call for assimilation. Even with the passage of the Indigenous Peoples Rights Act, heritage management continues to be top-down.

Our work with the Ifugao has shown that there is a need to rethink historical narratives. Philippine Indigenous groups have been marginalized, not only through resource extraction but also by epistemic erasure. As archaeology looks at the whole gamut of culture as represented in the archaeological record, we can address the inadequacy of dominant historical descriptions. Archaeology provides knowledge of the past, to understand the present, to prepare us for the future, and help create a more inclusive generation. (With contributions from Marlon Martin)

Stephen B. Acabado is Associate Professor of Anthropology at the University of California-Los Angeles. His work with the Ifugao has highlighted the colonial basis of the 2,000-year old origin of the rice terraces, which he learned as he went through the Philippine educational system. He is an advocate of an engaged scholarship where communities are involved in the research process. He assumes the directorship of the UCLA Center for Southeast Asian Studies July 1, 2021. Acabado and Martin are also co-authors of an upcoming book, Indigenous Archaeology in the Philippines: Decolonizing Ifugao History, University of Arizona Press and Ateneo de Naga University Press.