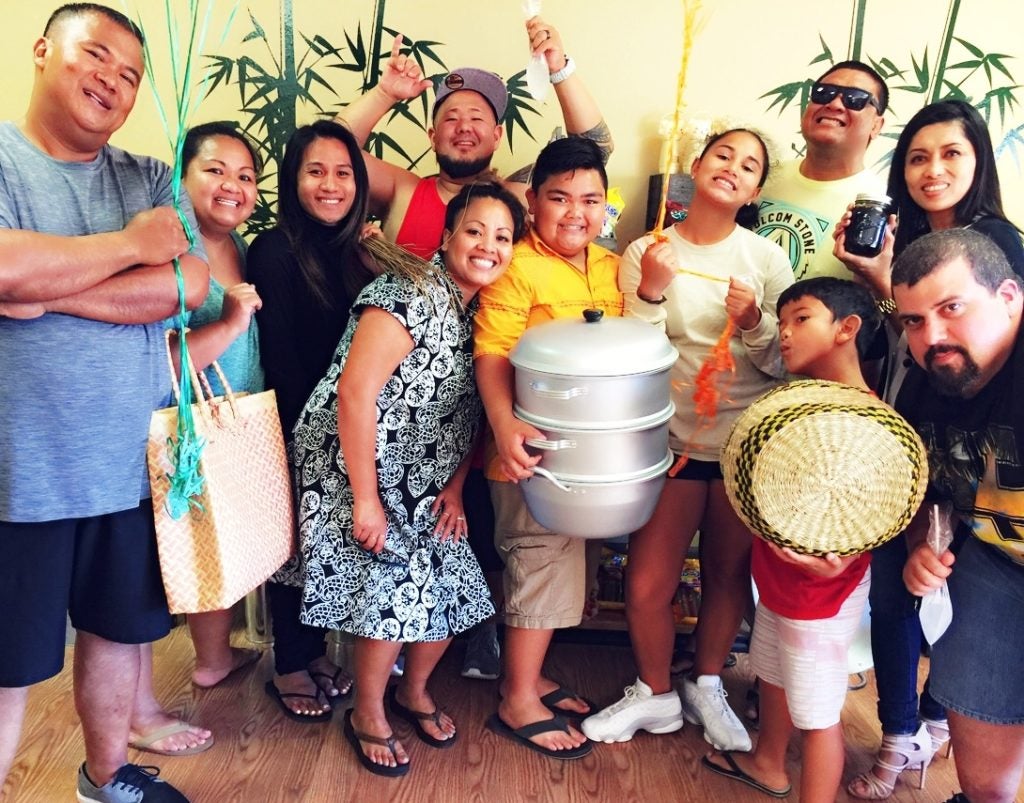 Apple Yadao (second from left) and family on Grand Opening day of her Bahay Kubo food store on the Big Island, Hawaii. CONTRIBUTED

BIG ISLAND, Hawaii — For those who are sad about not having a Seafood City on the Big Island, do not fret. Just last month, Apple Yadao opened her own Asian food store called Bahay Kubo located on Kaiwi Street in Kaahumanu Plaza.
The name “Bahay Kubo” comes from Yadao’s memory of  her grandmother’s home in the Philippines. It was a bamboo-and-grass hut.

“It’s something that I love to tell my kids about, growing up in a grass hut. It’s just something that reminds me of that home in the Philippines and especially reminds me of my grandparents.” Yadao started planning her Asian store about three years ago, visiting various Asian food stores in the mainland and on Oahu.

“It all started first when I went back to the Philippines. After seeing the stores there, I gradually visited Asian stores in other places.” She would buy snacks and food in both the Philippines and Oahu to bring back to the Big Island. She even took the time to do strategic research on owning an Asian store business, figuring out how to get distributors to provide products and which popular snacks from various countries to add into the inventory.

“The process of getting a lot of distributors and contacting them was very difficult. But with the passion that I have, it is a good stress. It is fun, but it took a lot of work just trying to get those products in.” 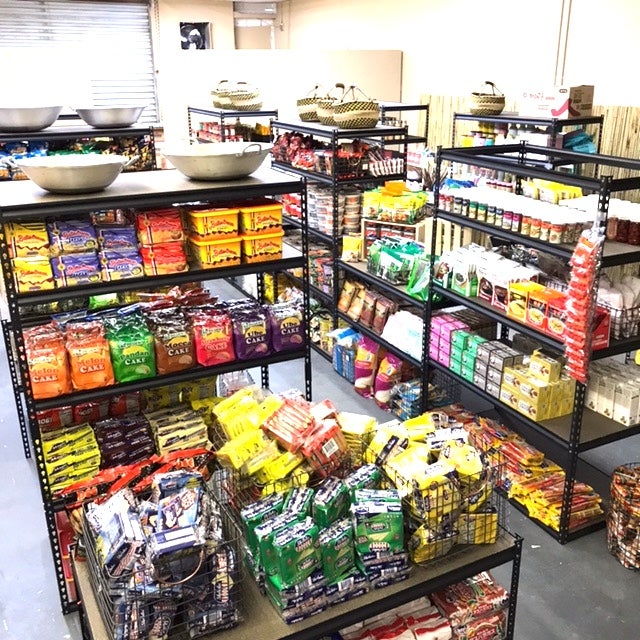 Bahay Kubo’s main products are aimed at the Filipino community, with 60 percent of the goods consisting of ingredients for Filipino cuisine; the remaining 40 percent are Japanese, Korean and Chinese products.
“I really enjoyed going to Asian food markets and seeing exotic products. Just seeing everything in Asian stores, from foods, to things they drink, just different things that Asian stores have to offer gets me excited. The inspiration I got for Bahay Kubo comes from Seafood City and Don Quijote.”

Along with a variety of Asian snacks, Bahay Kubo currently carries frozen seafood and supports local farmers, carrying fresh produce and vegetables from them. 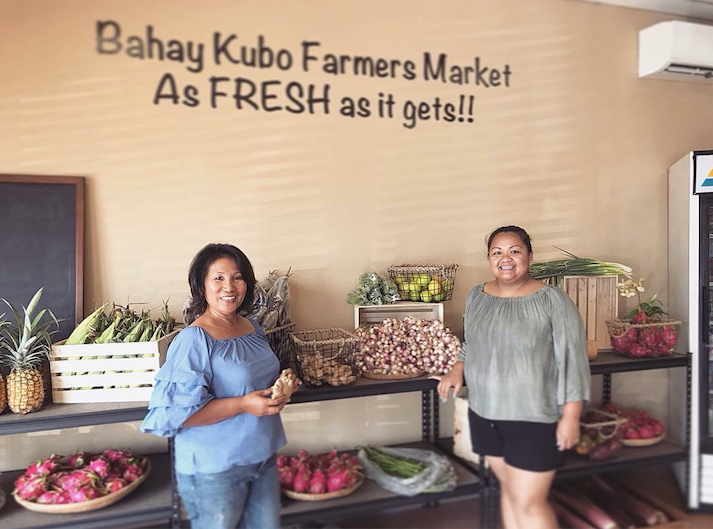 Yadao also offers a few trinkets from Japan to add a little bit of fun in the store. “What I did was research a lot about what the most popular thing is in Japan and found that it is the seasoning and snacks. The same goes for the Philippines. I really had to look for what people really bought and enjoyed.”

Yadao’s personal favorites at the store include the caramel li hing mui candy as well as pianono roll.

“Growing up, that is what my mom used to buy for us. She would always bring it home when we were young,” Yadao said of the popular Filipino sugar roll. As a young girl, she quickly developed an interesting fascination for snacks which became one more reason for owning an Asian food store. 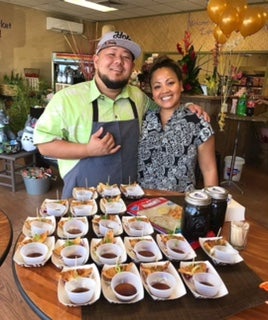 Originally from the Philippines, Yadao immigrated to Oahu at the age of four and moved to the Big Island a couple years after. Prior to opening up her own Asian grocery store, Yadao attended Hawaii Community College in Hilo and studied hotel management. She became a sales associate at Four Seasons. After two years, she received a promotion to assistant manager.

“I love being around people and giving service to guests. That’s my passion,” Yadao shared.

Although Bahay Kubo just opened its doors in September, Yadao intends to open a restaurant attached to the store in three years. She hopes to find someone in the near future who can cook good Filipino food for her future restaurant.

“For me as a business owner, my goal one day is to bring the Asian community together in Kona which we don’t have right now. On Oahu, there is a distinct Filipino community. We don’t have that here. There are a lot of Filipinos here that do like participating in community events, so I hope that I can promote that through Bahay Kubo.”

In the meantime, Yadao plans to enjoy working at the store full-time with the support of her family.