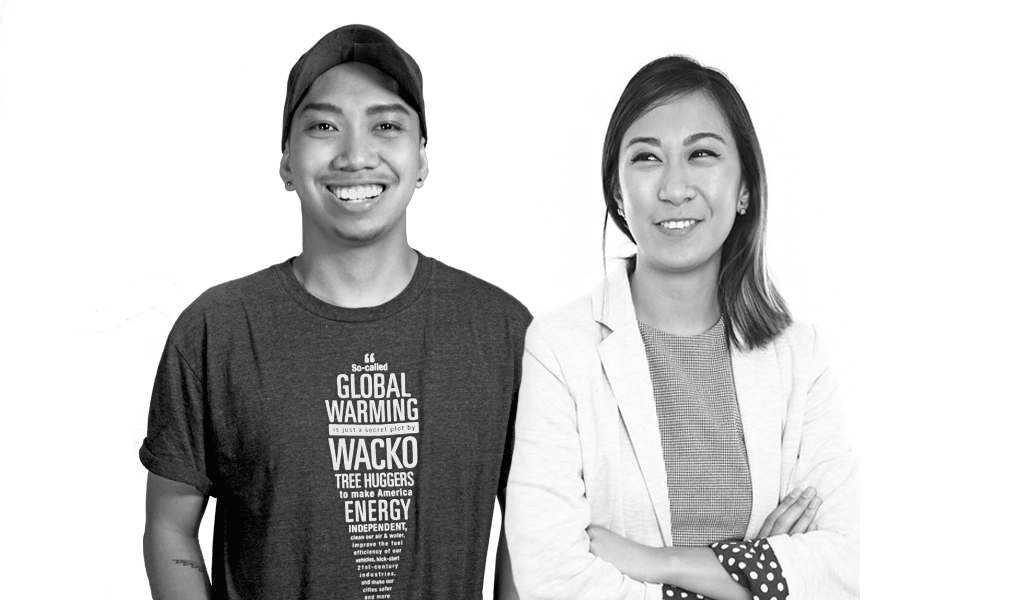 HONOLULU – Philippine-born Conrad Contreras moved to the United States during his teenage years and originally felt the need to assimilate into the American lifestyle and did what he could to fit into society.

He did not reconnect with his Filipino identity until he attended the University of California in Los Angeles and joined various Filipino student organizations. Upon graduating in 2015 with a bachelor’s degree in human biology and society, he realized that Filipino Americans did not have much of a media platform on the Internet. He pushed the idea to the back of his head and focused on creating a stable career for himself and adjusting to postgraduate life. The media platform specifically for Filipino Americans did not cross his mind again until his college friend and mentor Mallory Valenzuela contacted him one day.

“She called me up saying that she was thinking about me and had a project in mind,” Contreras recalled. After listening to her project proposal, Contreras realized that she held the exact same vision of a Filipino American media platform.

Right after that phone call, the two colleagues went right to work, going through a process of brainstorming ideas for their project. The two lived far away from each another and depended on working remotely through Google Drive as well as phone and video conferences, planning out the media platform and creating a business plan.

Contreras and Valenzuela took the time to interview more than 40 Filipino American millennials, researching on what kind of content they search for on the internet. “The common thread we saw was everyone wanted to know how to survive as a Filipino American in the United States,” Contreras pointed out.

Putting this into consideration, the two business partners continued to work, creating an editorial calendar of what content to put out and what holidays and special occasions to consider for their platform.

After months of planning, Contreras and Valenzuela decided to take the leap and bring their project to life within the digital community.

Kubo launched in August 2017 and has received an amazing turnout since. The website page explains, “Inspired by the term Bahay Kubo meaning ‘cube house,’ Kubo is a home constructed for us and by us. More than passive recipients of mainstream media, we are [email protected] architects building our own future.”

Kubo strives to provide a space for Filipino American millennials to talk about topics including school, work, family, societal pressure, culture, and content within the digital platform on a regular basis.

The digital platform has become a place where Contreras and Valenzuela hope people can “celebrate Filipino culture, challenge the status quo, amplify each other’s voices, and help each other thrive through powerful stories and experiences,” Contreras explained.

“What we want people to get out of Kubo are the tools, concepts and model stories they need to thrive in this world. We just want Filipino Americans to live their best selves.”

The two business partners by the response to the platform in the first month — around 10,000 views with individuals including artist Manila Killa re-tweeting Kubo’s content and people wanting to collaborate and partner up for future projects.

With this initial success co-founders Contreras and Valenzuela plan to take the next step of simply creating more video content for the website and getting more reader-based content.

The duo did not create the platform to make an immediate profit, and they continue to work full-time careers. Contreras works as a communications manager at Greenlining Institute while Valenzuela is a product marketing manager at Singularity University.

The two founders hope that Kubo will continue to become successful and grow as a Filipino American media platform.

Contreras added, “In the bigger scheme of things, we are building power through Kubo. It’s time we don’t let anyone else what can or cannot be done for our community.”

LATEST
Snap rolls out tools for parents to monitor teens’ contacts
Elon Musk sells off almost $7 billion of Tesla stock despite Twitter issues
How to Work Remotely When Your Internet Goes Out
7 SEO Best Practices for Mobile in 2022
Should you sign that severance agreement?
Google Fiber plans growth in 5 states, biggest since 2015