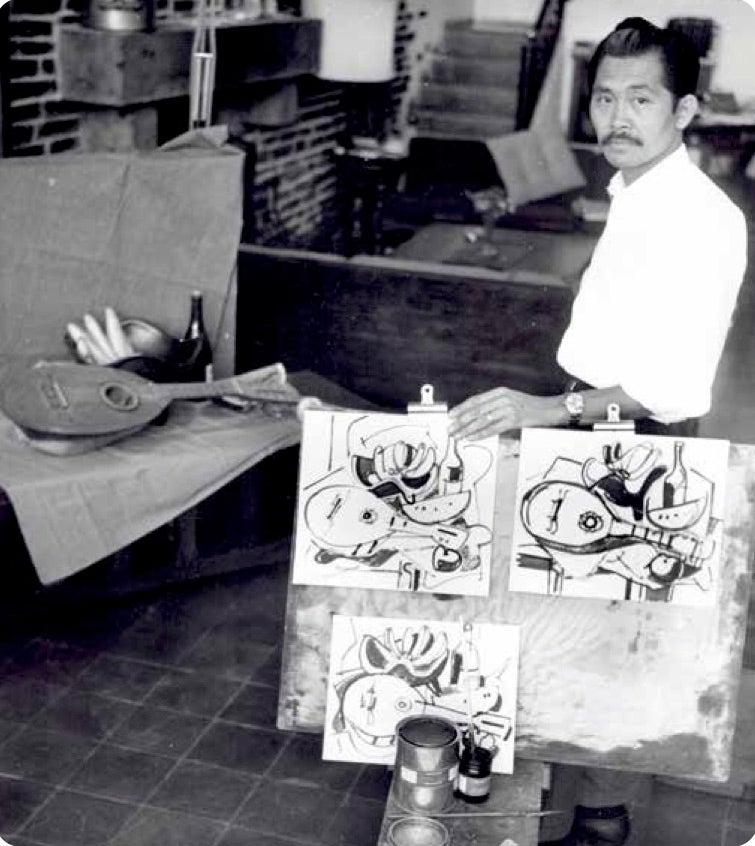 Romeo V. Tabuena lived in Mexico and died there in 2015. CONTRIBUTED

SAN MIGUEL DE ALLENDE, Mexico — An art gallery here, Galeria Nudo, is the legatee for all of the work of Filipino artist Romeo Villalva Tabuena, including his fine art and documents, and is responsible for showing Tabuena’s Private Collection worldwide.

Tabuena was born in Iloilo City, Philippines in 1921 and died in San Miguel de Allende, Mexico in 2015.

After studying art and architecture at Mapua Institute of Technology and the University of the Philippines, he went on to study in New York City and Paris in the early 1950s.

This was where he first saw the Mexican artist Diego Rivera, David Alfaro Siqueiros and Rufino Tamayo. His interest in these artists led him to stop over in Mexico before returning home. He came to San Miguel de Allende in 1955 to meet Rufino Tamayo and view his work in person. He never left the city.

While studying at the Instituto Allende he decided to live here and to make it his artistic base. He kept his links to his native country by participating in many of its main art projects. In spite of his long residence in Mexico, he kept his Philippine nationality.

As an artist, he was constantly in touch with his roots in Philippine traditions and landscapes. He was shown all over the world and won prizes for his art.

The Philippine landscape was always present in the work and memory of Romeo Tabuena. He was a painter who never stopped honoring his native Philippines with his art. He exalted motifs like water buffalo, shepherds, nipa huts and so forth for the poetic meaning that they symbolized. He found these forms so intertwined that they simply had to harmonize in painting.

He said that even the colors provided drama or mood changes in a painting. We see that his palette inclined towards yellows, ochres, browns. In some areas, there is a clear glaze as if it were the fog, which perhaps we can find in a Philippine dawn.

Romeo V. Tabuena is a pioneering figure of the Philippine Neo-Realist movement. Influenced by the European Cubism, he and his contemporaries like Vicente Manansala and Cesar Legaspi developed the style of transparent cubism. Moving seemlessly from figuration to abstraction — and at times working simultaneously in both — Tabuena’s work underwent radical stylistic shifts from decade to decade, continuously evolving and refining.

“Tabuena’s Personal Collection from 1955 to 1990 has been represented by Galeria Nudo since 2016. His paintings reflect a converging unity of personal recreation. Spread throughout his recent canvasses is a textural cohesiveness suggestive of the diverse influences of time. Figures caught in archetypal poses and ritual groupings, human conditions lifted into an eternal resilience through light and fluorescence. The total is a unity receding and advancing, strong in its structural depth, light in its delicacy of line,” states the gallery.

When Tabuena settled in Mexico, he developed a colorful, prismatic style with folk subjects, including street sweepers, candle vendors, guards and laundry women.