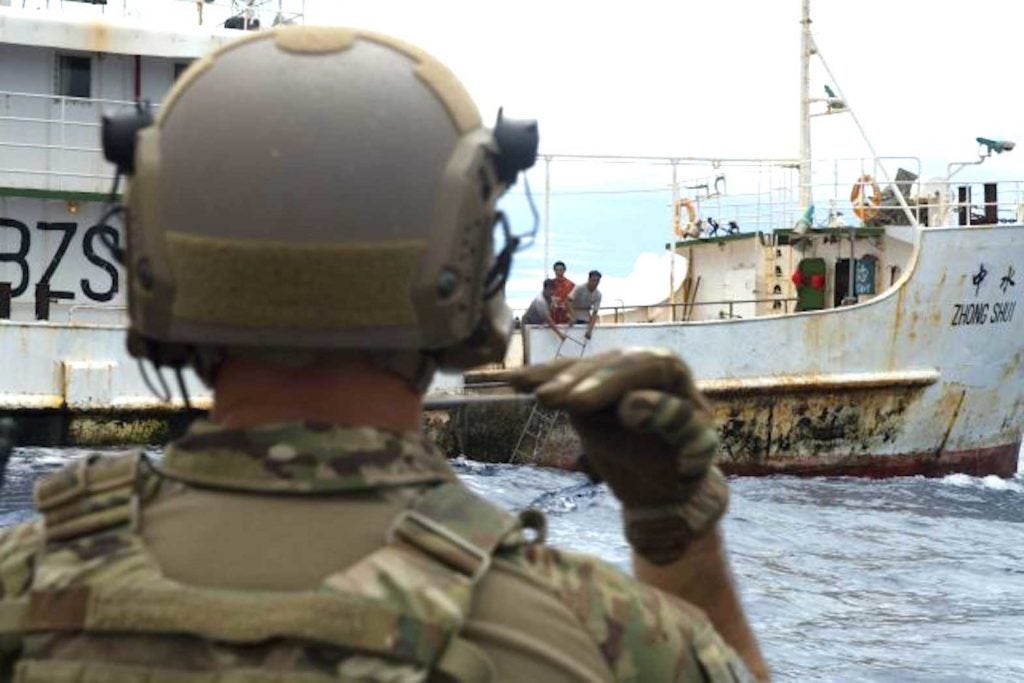 A U.S. Coast Guard officer checks on Chinese fishing vessel in this Nov. 29, 2016 photo. US NAVY

Hawaii’s commercial fishermen and the U.S. naval authorities are growing concerned that China’s government-subsidized ships have been coming too close to the islands in search of seafood.

Local fishers are accusing the Chinese vessels of overfishing and intimidating tactics, according to a  Civil Beat report.

Eric Kingma, executive director of the Hawaii Longline Association, said sometimes the ships are fishing or on their way to more distant waters, but sometimes they just sit there.

A group of Chinese vessels appeared to hanging around north of Midway Atoll National Wildlife Refuge last week, Kingma told Civil Beat. “It’s an example of them being close to Hawaii and, we believe, getting closer.”

In September, the U.S. Coast Guard said illegal fishing had eclipsed piracy as the most disturbing security threat on the high seas. It erodes maritime rules and threatens access to local seafood.

Also worrisome to the U.S. military is China’s deployment of  “a multilayered fleet” that includes “naval auxiliaries disguised as civilian vessels” that it has deployed against neighboring countries like Vietnam and the Philippines.

Analysts have closely watched coordination between Chinese military and purportedly civilian ships for years in the South China Sea and some say Beijing could be using the same tactics to further extend its influence in the Pacific.

During the first two months of 2020, the Coast Guard intercepted several foreign fishing vessels operating within the territory of Guam and Hawaii’s maritime borders known as “exclusive economic zones,” the first time since 2012.

The National Oceanic and Atmospheric Administration launched an investigation into the incursions, but the agency has not yet publicly confirmed the nationalities of the sighted vessels.